This craft beer crew makes the freshest beer at Guantanamo

It’s a Sunday morning outside the gates of the war-on-terror Detention Center Zone and, while many on base are bound... 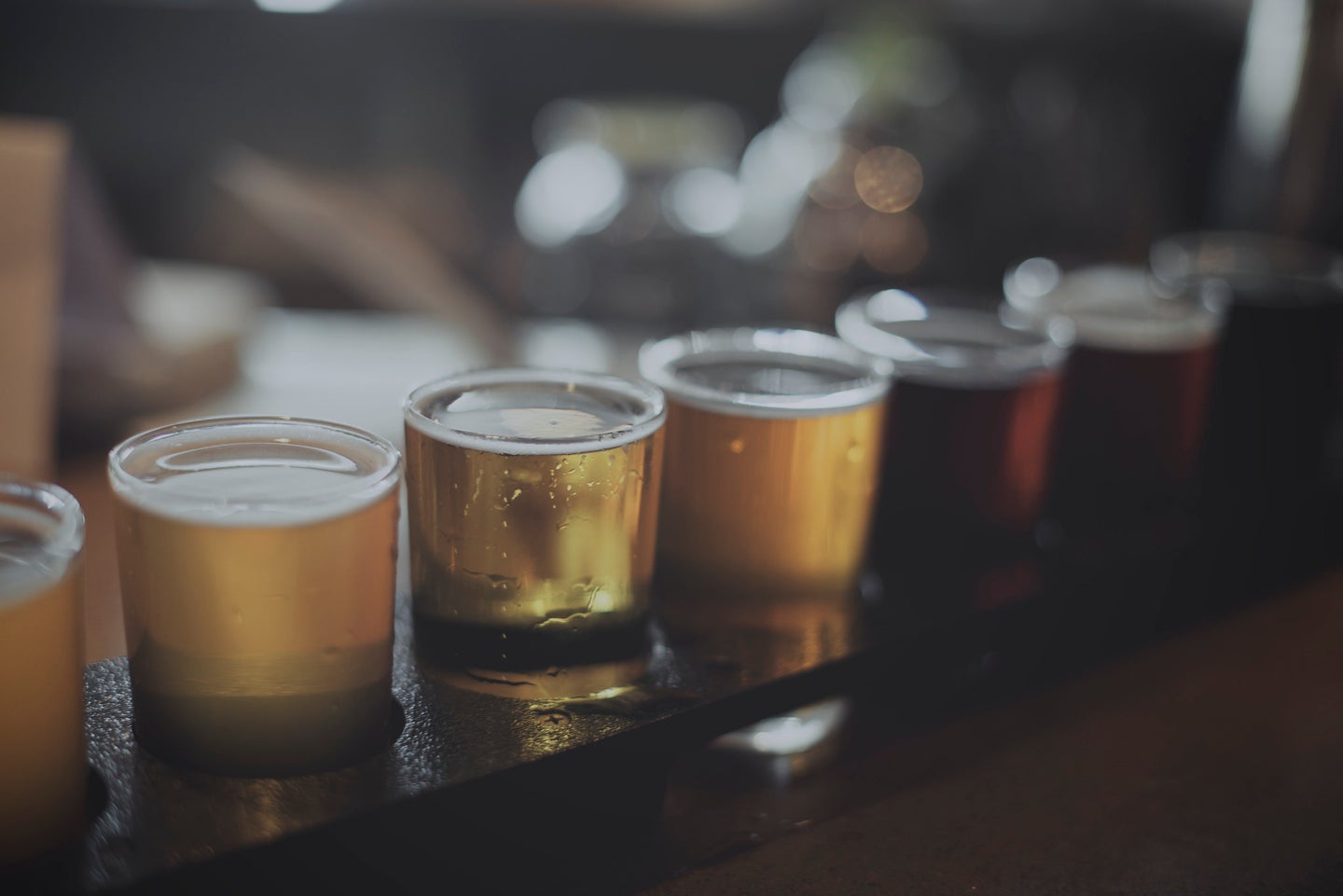 It’s a Sunday morning outside the gates of the war-on-terror Detention Center Zone and, while many on base are bound for the beach or church, five guys are brewing an Oktoberfest beer in Stephen Prestesater’s garage.

“We all as a team come together and brew,” says Prestesater, who discovered the hobby in San Diego before arriving at the base on a Pentagon contract about five years ago.

Today’s team includes an Army sergeant, three Coast Guard petty officers and Prestesater, who’s declared his garage the Nob Hill Brewery, for the name of the neighborhood of long-term families not far from the rotting remains of Camp X-Ray. It is also ground zero for Guantanamo’s Homebrewers Association.

The brewing club is one of the base’s best-kept secrets. Their beers are not for sale, although people can get a taste in the neighborhood’s Oktoberfest.

David Smith, a National Guardsman who’s donned a kilt and combat boots for the fun, laments that he didn’t learn about it sooner. He’s brewed a German-style Rauch lager here and is looking forward to carrying on the hobby back home in Arkansas after his 2017 tour of duty ends.

“I had no idea something like this would even exist here, where a community of brewers would come together and just enjoy the love of the craft of brewing beer. I had no idea. I wish I found this place about six months ago,” he says.

On this morning, club members reach into a cool closet crammed with beer-making, fishing and diving supplies to pull out grains flown in from the States. They’re making a Brew Father Oktoberfest, described as a Marzen, whose recipe they consult periodically. They’re doing it as a tribute to the group founder, Robert Schaffeld, who moved in five years ago with what Prestesater called “the Lamborghini of brewing systems,” and set it up to the keen interest of the neighborhood.

He and his Sabco Brew Magic brewing system have moved on to Guam, where he’s still brewing, this time as a military spouse. But his brew-making tradition lives on in Prestesater’s garage, whose centerpiece is four-spout chiller dispensing what Smith calls “a labor of love.” For craft beer aficionados, the home brews ranged from two cloudy wheat beers, one made with a mush of locally picked prickly pear and mango, and two super-dark beers, including a Guinness-like stout.

“This is the freshest beer in Gitmo,” declares Benjamin Manning, who’s been here with the Coast Guard since February.

When he’s a civilian, another club Coastie, Mike Porvaznik, is an assistant brewer at the Little City Brewing Co. in Raleigh, N.C. “The rule of home brewing is to drink a home brew while you’re brewing a new beer,” Porvaznik says. “It’s all testing, responsible testing.”

And it’s not for men only. Prestesater says women have come to brew beer, too, including his wife, with whom he brewed a beer in honor of their child. They called it the “C.J. Triple,” and it’s long gone. But they’ve kept the recipe for brewing later, perhaps two decades from now when C.J. can legally drink.

About a third of the 5,000 to 6,000 people who live on the 45-square-mile base turn over each year. They range from soldiers to sailors and their families to Jamaican and Filipino guest workers as well as Pentagon contractors, like Prestesater. By his estimation, perhaps 60 members have gone through the club, ranging from “people who just want to learn” to about 15 active brewers.

A conversation with Prestesater about beer brewing turns into a lesson in the logistics of “doing anything on Gitmo,” which has no links to the Cuban economy across the minefield, meaning everything arrives by barge or airplane at the base in southeast Cuba whose unofficial motto is, “It’s on the barge.”

“Shipping is usually your biggest problem. For buying grain, you have to think a month in advance,” he says. And even that sometimes goes wrong. Recently a bag of grain expected to arrive in a month took two months to get here, meaning “a beer that was supposed to be brewed a month ago and sit all summer long is delayed because of shipping.”

Occasionally Prestesater finds someone to bring a bag of grain in checked luggage. But mostly his supplies arrive on a plane carrying U.S. mail to base residents, no real bargain.

“Everything’s gonna go up in costs because it’s gotta be shipped down here,” he says. “If you’re buying a 20-pound bag of grain at, say, $30, it’s really actually costing you $60.”

Then why do people do it? “It’s something to be able to get outside and do something different,” he replies. Besides, “a lot of guys have a real love of craft beer.”