This fall, say hello maple and so long pumpkin spice

Come on, admit it. You’re so over the pumpkin-spice craze. Seasonal beer, coffee drinks and cookies spiced with ginger, nutmeg,... 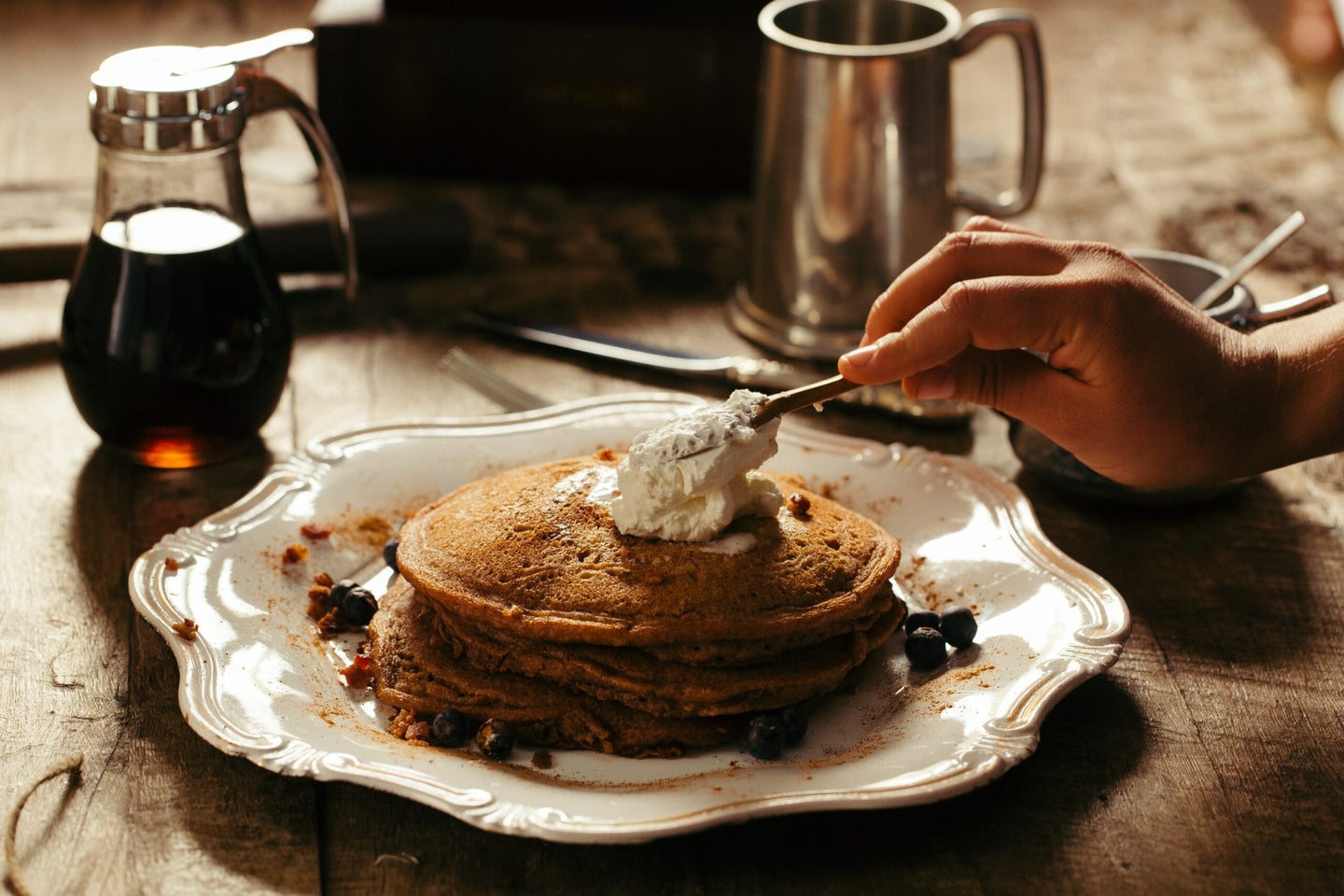 Come on, admit it. You’re so over the pumpkin-spice craze.

Seasonal beer, coffee drinks and cookies spiced with ginger, nutmeg, cloves and cinnamon are one thing. But when those cozy fall flavors sneak their way into a Kit Kit candy bar or a stick of Burt Bees lip balm or onto a pizza, you know it’s officially jumped the shark. Big time.

Which is why some of us were glad to hear that a new flavor will supposedly supplant pumpkin spice this fall — maple.

At least that’s what MarketWatch would have us (hopefully) believe, based on a report from the analytics company 1010data. It notes that even as pumpkin spice flavor continues to grow in popularity — to the tune of 49 percent more products a year — sales just aren’t holding pace.

But is maple really the next big thing? And will its sweet, distinctive flavor be something that consumers naturally crave when the weather gets cooler?

Native Americans have used maple as a sweetener long before the first European ever set a boot on North American soil. In the modern times, those in the restaurant industry have been using maple for years, too, says veteran bartender Sean Enright of Spork in Pittsburgh, PA. The native New Englander attended boarding school in Vermont, which produces the most maple syrup in the country. “So it’s always been a huge part of my life,” he says.

“People are just sick of pumpkin now,” he says, adding the flavor only is good until Thanksgiving and “then nobody cares.”

Autumn’s crop of fruits and vegetables call for deeper, richer flavors and maple — with its vanilla, caramelly undertones — is happy to step up to the plate. While it is generally associated with breakfast items and desserts, maple can be a best friend to savory preparations, too, adding a robust flavor to roasted vegetables, soups and meats, especially bacon. It brings an all-natural sweetness to barbecue sauces, marinades, vinaigrettes, infused syrups, rubs, brines and glazes, and is just as good on a doughnut as a piece of salmon.

Maple plays just as well in darker brown spirits such as bourbon or cognac in October as it does in February.

Maple’s natural sweetness, she says, along with its viscosity, makes us automatically think of sweater weather. And the fact it pairs so well with fall and winter flavors such as squash, pies, sausage and nuts is something of a seasonal trigger — despite the fact that the watery sap that gets boiled down into maple syrup and other products actually runs in spring.

“I try to not to pay too much attention to fads,” she says, preferring instead to let every season “happen when it happens.”

In the past the couple paired maple-flavored ice cream with bacon to mixed results. This year they’re testing maple blondie and maple hazelnut flavors, Heldstab says.

On the restaurant scene, “we’ve used maple in our fall transition menus for a while,” says chef Dustin Gardner of Casbah in Shadyside, because it’s readily available and has a subtle flavor that complements late-summer produce as well as the first offerings of fall.

At brunch, the kitchen whips it into the syrup for ricotta pancakes and there also are plans to use maple in a fall bruschetta featuring guanciale (cured pork cheeks) and roasted jester squash from Who Cooks For Your Farm.

While all maple syrup is made according to the same process, there’s a grading system for maple products that differentiates between the natural variations in color and flavor. The lighter the syrup, the more delicate the taste. Sap processed later in the season produces a more robust and darker syrup.

Maple syrup can be substituted for honey or agave one for one, but you’ll want to use only 3/4 cup of syrup for every 1 cup of white sugar in baking, while also reducing the other liquids in the recipe by 3 tablespoons. Go for the good (real) stuff, even though it’s more expensive, as it takes 40 gallons of sap to produce one gallon of syrup.

However you enjoy fall’s hottest flavor, know that you’re making a nutritious choice. Not only is maple syrup high in healthful antioxidants but it also includes essential minerals such as calcium, magnesium, potassium and manganese.

This maple cocktail is full of fall flavors, and so easy.

This recipe uses ground turkey, a lean meat that is lower in calories than the traditional pork. Be gentle with the meat — you don’t want to overmix.

Heat oil in large nonstick skillet over medium-high heat. Add patties and cook, turning once; adjust heat as necessary to prevent overbrowning. Cook 4 to 6 minutes per side, until browned on both sides and cooked through (165 degrees on an internal thermometer). Serve hot.

Maple pairs beautifully with cider and fresh ginger in this easy marinade for chicken thighs. I used Grade A Dark Amber maple syrup, which has a robust maple flavor. The fruit will cook down, so if you have a few extra pieces, go ahead and throw a few more slices in the pan.

Place chicken in a large resealable bag. Pour marinade into bag, seal it and refrigerate 12 to 24 hours, turning once or twice to coat all pieces.

Preheat oven to 400 degrees. Remove chicken from marinade and arrange pieces, skin side up, in a 9-by-13 inch baking dish. Tuck pears or apples and thyme sprigs among chicken pieces. Pour marinade over top. Bake, basting occasionally, about 1 hour, until chicken is cooked through and starting to pull from bone. Serve chicken and fruit with sauce spooned over top.

This decadent treat marries a shortbread crust with a gooey, maple-y topping you won’t mind having to lick off your fingers. I prefer pecans, but maple also pairs well with walnuts. If you’re worried you won’t be able to turn the bars out of the pan without breaking them into pieces, line it with overhanging pieces of parchment paper so it will lift right out.

Make crust: In a big bowl, cream butter and sugar until light and fluffy. Mix in salt and gradually mix in flour until incorporated.

Crumble mixture into the bottom of the pan, then press it firmly into pan with your fingers.

Bake crust for 12 to 15 minutes, or until it is very pale gold. Set aside.

Make topping: In medium saucepan over medium heat, melt butter with brown sugar, corn syrup, maple syrup, cream and salt. Bring to boil and cook, stirring constantly, until sugar is dissolved, 1 minute or so. Remove from heat and stir in nuts and vanilla.

While topping is still hot, pour over crust. Bake for 10 to 12 minutes, or until top is just starting to bubble, then set aside to let cool completely.

Run a knife around the edges and invert entire baking pan to remove the block instead of trying to pry the squares out of the pan. Flip the block so it’s right-side up and cut the squares as you will.

— “Duff Bakes: Think and Bake Like a Pro At Home” by Duff Goldman and Sara Gonzales (William Morrow; 2015)