This is what civilians need to know about military families

Civilians can ask the weirdest questions. Ever since my boyfriend became a Marine 16 years ago, I have faced some... 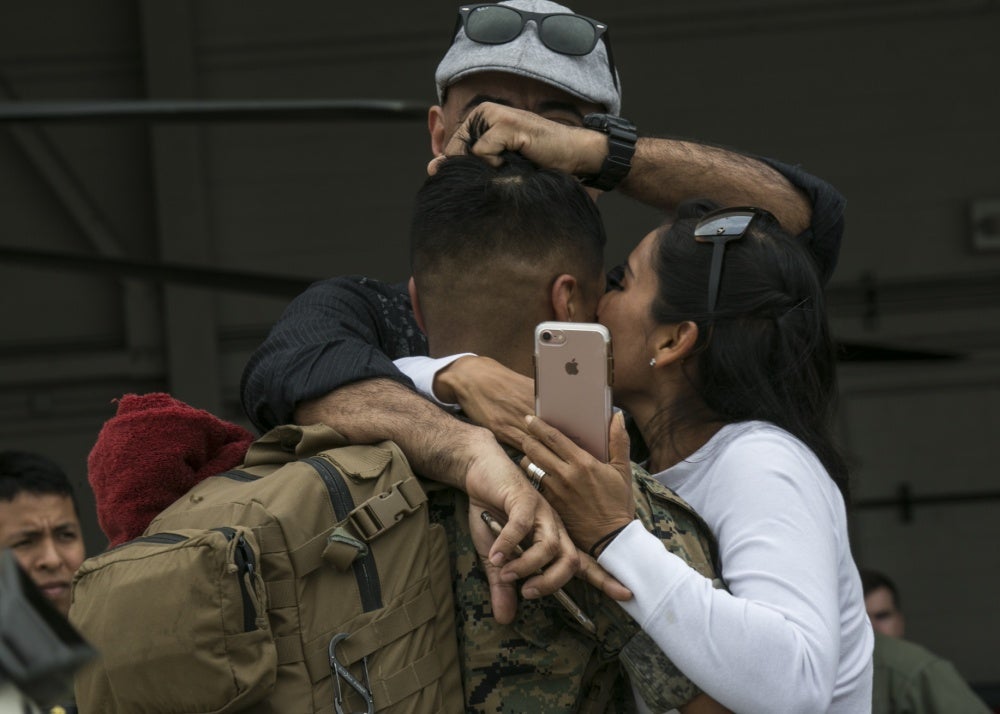 Civilians can ask the weirdest questions. Ever since my boyfriend became a Marine 16 years ago, I have faced some absurd and sometimes completely inappropriate questions. When he first deployed to Iraq, people said:

A few years later, just before we were married, friends and family asked me:

Oh, people. I know many civilians mean well when they inquire about the military lifestyle, but sometimes there is just no filter on the things people will say to a military family. So to set the record straight, here is what we all wish civilians knew and understood about military families. (As a military spouse, I’m a civilian too, which puts me in a unique situation to translate between the civilian and military world.)

Yes, every military spouse worries about their service member. Deployments are hard. No matter how well a spouse or children appear to be coping, they all carry the emotional burden of a deployment for the entire time the service member is gone. Please don’t make it weird by asking about death or starting a political debate with us. We just want our loved ones to come home safely.

No, military families aren’t rich. Ha! I honestly don’t understand where this stereotype comes from. Sure, most of us are not poor either, although some families are below the poverty line at the earlier enlisted ranks. Military paychecks are public information. But here is what you need to understand: Because of the frequent moves and challenging locations of military bases, many military spouses struggle to find work. The military paycheck is not a single income; it is a family wage. Is it possible to support a family, even in the enlisted ranks? Yes. But is anyone getting rich from military service? No. In fact, we still qualified for WIC  after 15 years of military service.

There is so much about our lives that the government controls. Military families don’t get a vote in where they will live, when they will move, how often they will deploy, or when they are allowed to take leave. I understand it is mind-boggling that we may not be able to come home for a family event like a wedding or a funeral, but that is common in military life. Service members often miss the birth of their own children because of deployments. (My husband only missed one out of four births, which is a pretty good record.)

Sometimes, we simply don’t know the answer. We understand you are excited to have the service member return home from deployment or take leave for the holidays, but those dates are never set in stone. We get “windows” of expected dates. . . and then those timelines shift or change at the last minute. Spouses don’t have a security clearance. If we aren’t giving you a specific answer, it’s because we don’t have one. Believe me: We always wish we knew more details!

Military benefits aren’t free. Service members work long hours and make huge sacrifices for their benefits. Please stop complaining about military families getting free housing. We pay for it! It is just subtracted directly from the service member’s paycheck if you live on base. We currently pay over $2,000 a month to rent an old house on base. As for the “free” healthcare, yes, we can set up a free appointment on base. . .if we wait a month for the appointment with the PCM, just to get a referral to another office the following month. Many families choose to pay co-pays so they can go to civilian doctors off base. Yes, it is affordable, and it’s a huge benefit, but it is not free.

TV doesn’t always get it right. No, our lives are not like Army Wives. Most military movies spend a total of three minutes developing the character of the military spouse. . . and she typically spends that time pregnant and crying. The news doesn’t always get it right, either. Some of us don’t even watch the news because of the amount of misinformation about the military. Military life is challenging and complex, not something you can understand after watching a few clips of homecoming videos.

Military families have diverse political views. You may have a (false) impression that we are all gun-toting, conservative rednecks, but that isn’t true. There are liberal military spouses, some have a higher education than their service member, and we come from every state in the country. Some spouses are anti-war, don’t agree with the President, or never thought they would have anything to do with the military. Military spouses are not ambassadors from the White House. . . so please don’t make assumptions about our political views.