This Marine is trying to upend a Pennsylvanian congressional race

We hear frequently about how corporate America should hire veterans. With leadership skills, loyalty, a sense of service and impressive... 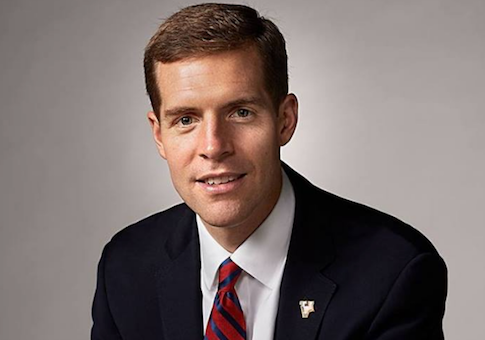 We hear frequently about how corporate America should hire veterans. With leadership skills, loyalty, a sense of service and impressive work ethics, aren’t those exactly the things we’d want in an employee?

What about in a Congressman?

Conor Lamb, a Marine captain currently serving in the Reserves, sure thinks so. And he’s ready to do it. Lamb is the Democratic nominee for the March 13 special election in Pennsylvania’s 18th Congressional District, located in Southwestern Pennsylvania.

Lamb grew up in Mt. Lebanon, a southern suburb of Pittsburgh. He attended college (’06) and law school (’09) at the University of Pennsylvania before joining the Marines. He left active duty in 2013.

Lamb’s service is no secret. In fact, it’s a point of pride for him. It’s what dictates many of his campaign ads, including one that films one of his speeches in which he said, “I’ve spent a lot of time lately in VFW posts and legion halls. And I’d like to say something about the memorials. They honor those who have fallen in our wars. They remind us that we were preceded by greatness. And when I look at the veterans here today, I just say to myself, ‘This is what American greatness looks like.’”

His convictions are apparent, and beyond his military service, Lamb has practical, relevant experience serving the people of Pennsylvania. According to his website:

As an Assistant U.S. Attorney from 2014-2017, Conor led prosecutions against drug dealers and violent criminals and helped establish the Justice Department’s Pittsburgh office as a national leader in the fight against the heroin epidemic, working to build partnerships between law enforcement and community members in places that have been hit hardest by the crisis.

Lamb’s stance on the issues goes far beyond the heroin epidemic. His site lists his priorities as jobs and infrastructure; affordable health care; protecting medicare and social security; releasing students from lifetime debt traps; unions; and modern energy development. Perhaps most important to Lamb is something he likely learned as a Marine: Getting the job done.

In a town hall meeting, when asked by a veteran for his thoughts about bringing people together on both sides of the aisles to get things done, Lamb reflected on his time in service and responded, “In the military, as you know, when you don’t get the job done, you get relieved. We need more of that in Washington. There are a lot of people down there who haven’t gotten the job done. A lot of people running for office these days are young, and a lot of them are veterans. I have no doubt that we can make some progress on a lot of these issues, no matter what party they’re in, because it happened all the time in the Marines.”

Lamb served on deployment; he understands firsthand the critical importance of individuals putting aside their biases and their differences, their ideologies and opinions in order to accomplish the mission.

There’s an old saying that if everything is important, nothing is. My first priority is to get things moving again. I will work with anyone to protect our people and bring good jobs here. I will go to Washington with strong convictions and an open mind. And when I’m there, I’ll never forget that the only people I work for are right here at home. My only bias is the one they taught us in the Marines: a bias for action. It’s time that our leaders in Washington do the work we send them there to do. Not tomorrow. Not next year. Now.