Janet Sanchez, an Army spouse of 23 years, has family in Puerto Rico. And she’s worried. The founder of Esposas... 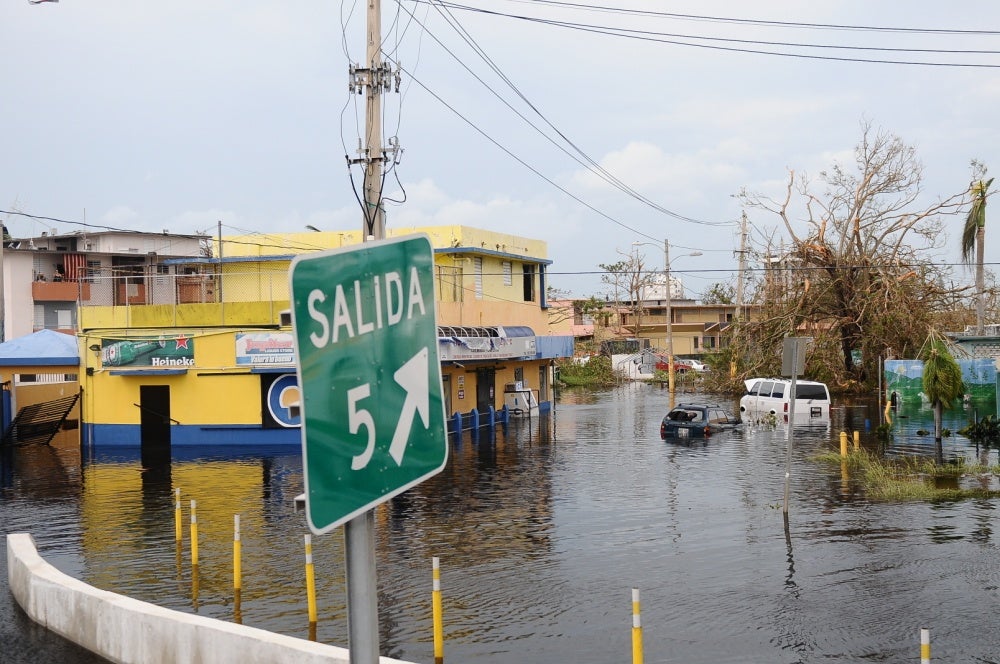 Janet Sanchez, an Army spouse of 23 years, has family in Puerto Rico. And she’s worried. The founder of Esposas Militares Hispanas USA (EMHUSA) watched Hurricane Maria churn towards the small, American island in the days before landfall, frightened for her immediate family and the impact a Category 5 hurricane would have on them. After, she frantically tried to make contact and to get help to her loved ones.

But she’s not alone. Many military families have immediate ties to Puerto Rico and the devastated US Virgin Islands. As Sanchez watched the humanitarian crisis unfold on the news and social media, she and her organization swung into action.

EMHUSA, a non-profit that helps Spanish-speaking military spouses dealing with language barriers, is sponsoring a donation drive through Facebook and their website. Their goal is to raise $20,000 to help military families directly affected by Hurricane Maria.

“We have many military families down there that are in need,” Sanchez says. And indeed, the fundraiser has hit a raw nerve within the community. On the Facebook fundraiser, one person wrote that, “My brother is military in PR and he lost everything.” Another posted that she gave in honor of “one of my dear friends [who] was stationed as a young child on this beautiful island with her father who served in the Army.”

As of publication, EMHUSA has raised more than $800 towards their goal. In the coming days and months, they also plan to set up four Amazon wishlists tailored to the four parts of the island: North, south, east, and west. ” We will not do so until UPS, and USPS can deliver. Right now it won’t happen,” Sanchez says noting that most of the post offices on Puerto Rico have been destroyed or heavily damaged and are unable to deliver.

The organization is also working to help deployed service members find out about the status of their Puerto Rican family members. “We still have military members deployed that don’t know how their families are doing,” Sanchez says. EMHUSA is collecting names, addresses, and phone numbers from service members who contact them in order to work through governmental offices, radio stations, and people on the ground.

EMHUSA has also set up a Facebook group specifically for military families affected by Hurricane Maria.