This mountain was just named for Gold Star families

A mountain just outside of Anchorage, Alaska got a new name this week in honor of the families of the... 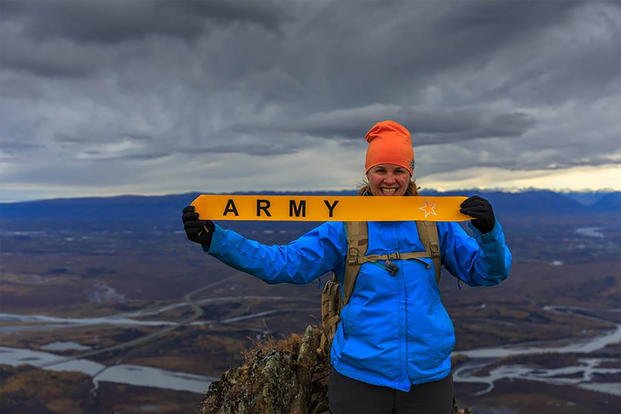 A mountain just outside of Anchorage, Alaska got a new name this week in honor of the families of the fallen: Gold Star Peak.

The mountain, which was previously unnamed, overlooks the Matanuska-Susitna Valley of Alaska, about 40 miles outside Anchorage and even closer to Joint Base Elmendorf Richardson. It also sits directly next to Mount POW/MIA, which honors those who were either prisoners of war or missing in action.

SpouseBuzz readers might remember the peak naming effort from a petition we wrote about last year.

Kirk Alkire, the brains and heart behind the naming, presented that petition as well as many other letters of support to a Department of the Interior panel yesterday morning.

The naming request was given the OK in a unanimous vote, and republican Alaska Sen. Dan Sullivan, a veteran himself, announced its passage on the floor of the Senate later in the afternoon.

Among the backers of the peak’s new name was Bonnie Carroll, founder of the military’s top survivor help organization, Tragedy Assistance Program for Survivors (TAPS). Carroll still calls Anchorage home, and annually hosts a military widows’ retreat in the area. She said they plan to summit the newly named mountain as a part of this year’s event

“Kirk will lead a group of surviving military widows from TAPS to the summit of Gold Star Peak to honor their hero and experience the tranquility and serenity this sacred place affords,” she said in a statement. “TAPS looks forward to coordinating future climbs of Gold Star Peak, and sharing the beauty of this mountain with the over 75,000 military survivors who are part of TAPS.”