This New World War I memorial needs your submissions

A new memorial to those who served in World War I is in the works for Washington, D.C. — and... 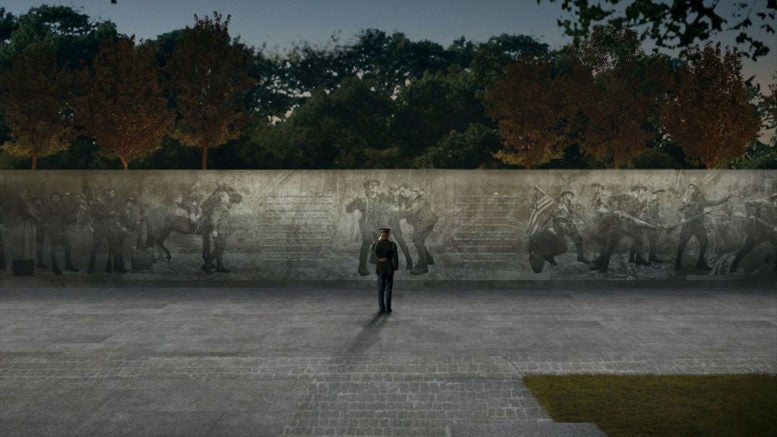 A new memorial to those who served in World War I is in the works for Washington, D.C. — and officials need your help to complete the design.

The World War I Centennial memorial will feature a commemorative wall and open space for 28 trees, and will be located off the National Mall, about a block from the White House in Pershing Park.

It’s being funded by private donations and will be the first official memorial in D.C. to all who served in the Great War.

A single World War I memorial stands off the mall currently, but it is specifically dedicated to those from Washington, D.C., who died.

So what does the commission need from you?

“Apt quotations are often powerful elements of memorials, and we plan to include similar inscriptions at the WWI memorial,” officials said in a recent blog post.

“Hence, this request to you: Could you please identify what you consider to be worthy quotations for inclusion on the memorial,” they wrote. “There are no restrictions on what might be a suitable quotation (other than probably being limited to a paragraph in length).”

Given that troops often come from long lineages of military service, we think you, the military family members, may have access to quotations that others do not.

Here are some examples of the type of quotes the memorial commission wants to consider:

Officials said you shouldn’t worry about submitting something someone else already has — part of their consideration process is noting how popular any given quote is.

You can submit your suggestions via the comment section here, or by email to greatwar@earthlink.net.

The deadline for submissions is Oct. 1.