Chris Slavin was in an elevator a couple years ago with Earle, her yellow lab service dog, sitting calmly beside... 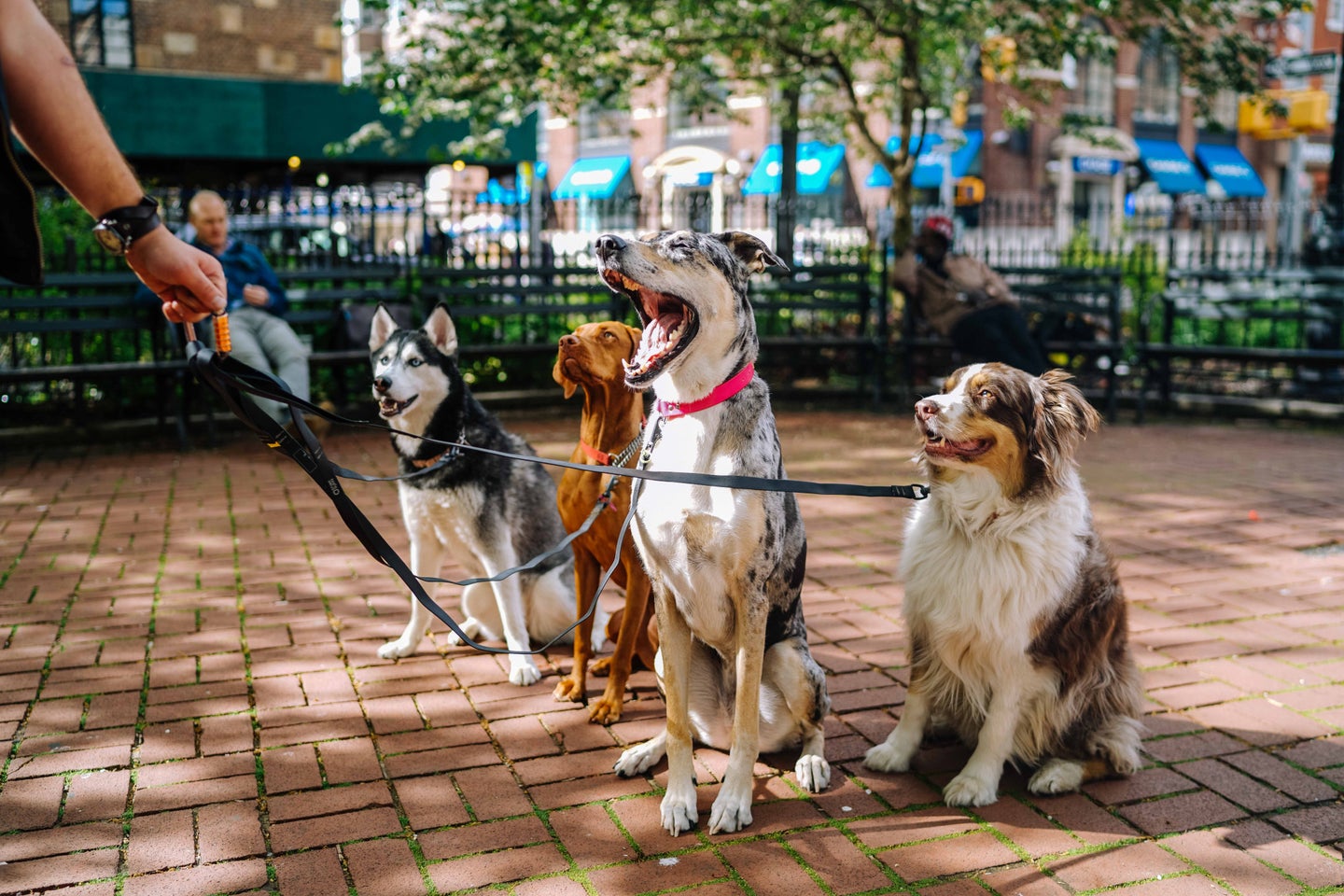 Chris Slavin was in an elevator a couple years ago with Earle, her yellow lab service dog, sitting calmly beside her wheelchair. The elevator doors opened and in walked a woman holding a purse. In the purse was a teacup poodle the color of apricots.

The doors closed just as the poodle spotted Earle. That’s when the trouble started. In an instant, the poodle leaped from the purse, flung himself at Earle, and clamped his teeth into the bigger dog’s snout, leaving Earle bleeding onto the elevator floor.

“As soon as this occurred the woman said the poodle was a service dog,” said Slavin, who has a severe spinal injury that requires use of the wheelchair. “She then said he wasn’t a service dog but an emotional support dog. Finally, she admitted he was a pet she just wanted to bring in the building with her.”

Incidents like that one in Reading, Mass., not far from where Slavin lives in Danvers, have spurred 19 states to enact laws cracking down on people who try to pass off their pets as service animals. The push has been gathering steam in recent years: Virginia implemented its new law in 2016, and Colorado followed suit this year. Massachusetts is now considering a similar proposal.

“Today, any pet owner can go online and buy a vest for a dog to pass it off as a service animal to gain access to restaurants, hotels and places of business,” said Republican state Rep. Kimberly Ferguson, who introduced the Massachusetts bill. “Their animals aren’t trained and end up misbehaving in these public places, which gives real service dogs a bad name.”

Service dogs, which are trained to perform tasks for a person with a disability, were first used by people with vision and hearing impairments. They are now also used by those who use wheelchairs or have other impairment in mobility, people who are prone to seizures or need to be alerted to medical conditions, like low blood sugar, and people with autism or mental illness. The American Humane Association, which promotes the welfare and safety of animals, says there are 20,000 service dogs working in the U.S.

Supporters of the new laws compare those misbehaving dog owners to people who acquire handicap signs so they can park in spaces intended for disabled people. The laws make it a misdemeanor to represent an untrained dog as a service animal, and usually come with fines of no more than $500 for an incident.

But because there is no certification or official national registry of legitimate service dogs, there is no way to verify whether a dog has undergone rigorous training to become a service animal.

That makes it hard to enforce the laws, said David Favre, a law professor at Michigan State University College of Law and editor of its Animal Legal and Historical Center website, which follows public policy issues related to animals. He said he’s not aware of anyone who has been prosecuted anywhere for violating them.

Rather, he said, the laws are largely symbolic, and meant to educate dog owners as well as people who let pets into spaces where they don’t belong. “Maybe you can scare some people into being honest.”

People who pass off their dogs as service animals in order to take them into stores, restaurants, libraries, sporting events and offices are a real problem, he said, for the proprietors of those establishments, their customers and disabled people who genuinely rely on the help of their service dogs.

“A service animal is trained to be in public and to be under control and non-intrusive and not bark,” Favre said. “They are trained not to be a nuisance in any way. You should hardly even know they are there.”

Because of Earle’s training as a service dog, Slavin said, when the poodle attacked him, “My dog never moved, never retaliated, never barked.” He did nothing. That is the way a service dog is trained. They are not going to ever be aggressive. Ever.”

Earle performs many functions for Slavin. He picks up items she drops, retrieves keys, opens doors, puts objects like library books on counters that Slavin can’t reach, and returns change or credit cards to her after purchases. She credits Earle with “enabling me to truly become part of my community.”

Service dogs receive up to two years of training, which can cost more than $40,000. Before they are placed, their new owners are often required to live at the training center for a week or two to learn about caring and interacting with their dogs. Many training centers provide the dogs free of charge to disabled clients, defraying their costs through fundraising. The waiting time for a service dog is often two years or longer.

But for people who want to pass off their pet as a service dog, it’s easy enough to be convincing. Anyone can go online and purchase for about $20 the types of vests that legitimate service dogs usually wear.

The vests may help the fake service dogs gain entry, but their behavior, and that of their owners, often gives them away. Trained service dogs don’t go off-leash, bark, knock things off shelves, jump on people, play or fight with other dogs, or grab food off tables, trainers say.

And owners of real service dogs don’t carry them in shopping carts or purses. “The rule is four on the floor,” with all four feet on the ground except when a dog is performing a task, said Katelynne Steinke, a paraplegic in Cape Cod, Mass., with her own yellow lab service dog.

The problem is that the proprietors of establishments where people bring their dogs have no way of determining whether a dog is a real service animal.

The American with Disabilities Act requires all places open to the public, such as businesses, government agencies and entertainment venues, to give access to service dogs and their owners. And it permits them to ask only two questions: whether the dog is required because of a disability and what tasks the dog is trained to perform. It is illegal to request documentation for the dog or to ask the nature of the owner’s disability.

There’s another complication: the growing use of “emotional support dogs,” which are intended to provide comfort to those with anxiety or other emotional problems. Some of them may have received special training, although nothing as rigorous as the training for service dogs. (Emotional support dogs are not covered under the ADA and can legally be denied access.)

Some service dog owners say many businesses, unable to tell fake service dogs from real ones, allow all of them in. Many owners of service dogs avoid those places for fear of exposing their animals to danger from untrained dogs. Other businesses, they say, simply bar all dogs from the premises, even if it violates the ADA.

The National Disability Rights Network, which advocates on behalf of people with disabilities, is sympathetic to those who want to crack down on pet owners who misrepresent their dogs as service animals. But Ken Shiotani, a senior staff attorney with the organization, said the laws should aim to educate, rather than punish, and the penalties for violations should be minimal. “We want to have a positive impact on people to help them realize that what they’ve done has this very negative effect.”

Advocates for the laws agree.

Cathy Zemaitis, who helped draft the Massachusetts bill and is director of development for National Education for Assistance Dog Services, a Massachusetts group that says it has trained over 1,700 dogs since 1976, said the laws should launch a national effort to teach people not to put dogs in situations they are not trained for — and to educate the public on the need for legitimately trained dogs.

The long-term goal, Zemaitis said, is the creation of a national certification program and registry for legitimately trained service dogs. “This is the beginning of a much larger conversation we need to have.”