You say Thursday, we say Friday eve. Either way, we can agree the best part of today is The Sip, the bi-weekly newsletter brought to you by the team at MilSpouseFest. Informed looks good on you. 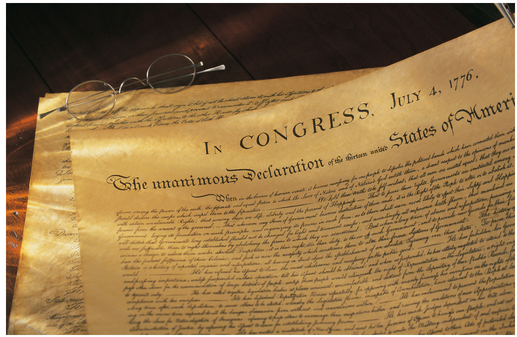 You say Thursday, we say Friday eve. Either way, we can agree the best part of today is The Sip, the bi-weekly newsletter brought to you by the team at MilSpouseFest. Informed looks good on you.

Today in 1776, members of the Continental Congress started signing the Declaration of Independence. Alexa, play the Hamilton soundtrack.

What would you do with $717 billion? How about a nice little 2.6% pay increase for the military starting in January (the largest pay increase in a decade, woop woop!). Congress has approved the annual defense authorization bill and the package is on its way to the White House for approval. Also in those billions are ship and aircraft purchases, much needed upgrades to “crumbling military buildings and other infrastructure,” and a whole lot more. This is the earliest Congress has had the bill approved in 41 years, and the president is expected to sign the bill in the coming weeks. Critics say there must be a mid-term election coming up … we’re just gonna say thank you.

Speaking of elections coming up, have you registered to vote yet? Whether you’ll be casting your ballot in person or mailing it on in, make sure you’re registered. Don’t think your absentee vote makes a difference? Wrong-o. Here’s proof it does.

While we’re talking about elections, we have to tell you that the world is watching Zimbabwe, following their election earlier in the week. The vote was supposed to be a peaceful move forward in democracy following the ousting of their long-time leader, Robert Mugabe, last year. The electoral commission announced that the ruling party won a majority, but hasn’t named a president yet (legally they don’t have to until Saturday). Meanwhile, the opposition is pretty furious and protesting by doing things like throwing rocks, burning down businesses and wreaking havoc. Three people have already been killed and everyone is a littttlllleee nervous about what’s going to happen when they actually name the new president. Simmer down, Zimbabwe. You got this.

Finally, if you aren’t tracking the Run for the Fallen, you should be. Since April, a team of runners have covered nearly 6,000 miles through 19 states, honoring over 20,000 fallen service members. Each mile, the runners stop for a small ceremony and read aloud the names of the fallen for whom they’re dedicating the mile. Countless Gold Star friends and families have joined along the route, and the run ends on Sunday at Arlington National Cemetery. Follow along here.

We are loving this piece about the worst deployment advice ever given over on Away We Run.

Kara Ludlow offers a rebuttal on behalf of the hermit military spouses, mixing humor and truth as to why you might not see her at the Christmas party.

For your giggle today, check out these care package bloopers.  Our favorite? I packed cookies in the same box as a few bars of Irish Spring. After who knows how long in the heat, hubs ended up with minty soap tasting cookies.

We can’t stop laughing at this hilarious Facebook video of sisters outdoing each other. Plus it looks like they’re in the middle of a PCS and that very well could be base housing somewhere.

Whether you’ve been a military spouse for decades or days, you have to join us for a MilSpouseFest! If you like laughing, winning or eating (or any combination of those three), join us for a day of encouragement and fun. Visit http://www.milspousefest.com/to learn more. Love it all?  Tell a friend.

We love your feedback! Want to see more dog videos? Less news? Tell us what puts a smile on your face and what makes you say Meh. Email us at TheSip@MilSpouseFest.com and tell us how you really feel.