The Sip: Everyone Should Work in Yoga Pants

Kick off your Tuesday with The Sip, the bi-weekly newsletter from the team at MilSpouseFest. Informed looks good on you. 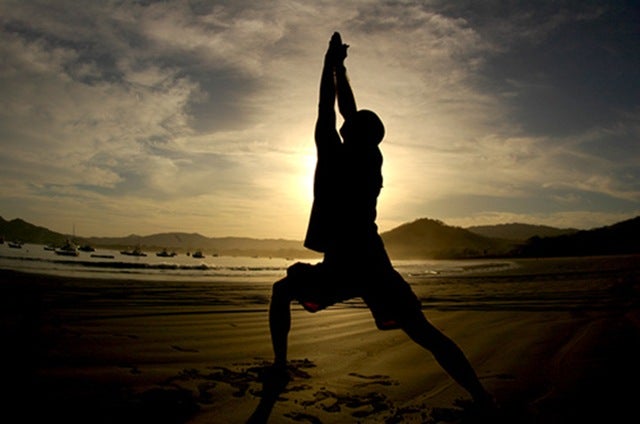 Kick off your Tuesday with The Sip, the bi-weekly newsletter from the team at MilSpouseFest. Informed looks good on you.

On this date in 1965, (I Can’t Get No) Satisfaction became the Rolling Stones’ first number one single in the United States. Obviously they were dealing with movers.

It’s Taco Tuesday and the Army is saying go easy on the nachos with their new PT test.  Marines are making headlines for offering up to $210k to keep pilots from leaving. Navy is making waves with two destroyers rolling through the Taiwan Strait for the first time in a year, Air Force has some of the most expensive coffee cups in the world, and the Coast Guard just pulled off another impressive rescue.

Five fast facts you need to know about Judge Kavanaugh: Conservative Catholic, 54 year old married father of two, Yale Law grad, appointed to the D.C. Circuit Court by President Bush in 2006, and only child whose mom was a trailblazing public school teacher who went to law school to become a prosecutor (when asked what it’s like to be an only child, Kavanaugh replied, “It depends on who your parents are.”). Our favorite Kavanaugh quote? “To be a good umpire and a good judge, don’t be a jerk.” Most Republicans are saying “Yay!” and many Democrats are saying, “No Way!” Let the political hunger games that is a confirmation hearing begin.

Now something we can universally celebrate: All 12 children and their soccer coach have been rescued from a cave in Thailand, a story we’ve been watching closely since the group went missing June 23 when flood waters blocked their exit. The treacherous mission claimed the life of one former Thai Navy SEAL, Petty Officer Saman Gunan, who lost consciousness while delivering oxygen to the boys. Our thoughts are with all of the families and rescue teams who have worked non-stop to bring the Wild Boars soccer team home.

While we’re talking about soccer and celebrating, if you haven’t watched World Cup yet, now is the perfect time to start! We’re down to the last few games with France taking on Belgium today and England playing Croatia tomorrow in the semi-final games. And it’s Day 8 of Wimbledon, where people are talking about supermom Serena Williams, who is the only woman in the top 8 who has made it this far before. And, um, she’s already won the whole thing seven times. Celebrate your own wins today, even if it’s only keeping everyone alive and mostly dressed.

Reading While We SIP

What do you look for in a neighborhood when you move? Mamas and Coffee says to start looking for diversity. We couldn’t agree more. Plus we love any blog that says it’s “empowering women one sip at a time.”

Speaking of being empowered, if you have kids with allergies or you have them yourself, you know you have to take matters into your own hands! Here’s a fantastic guide for how to safely travel with allergies from Pink Fortitude.

Finally, you know moving every few years might make decluttering easier, but those gaps on the resume can take a toll. Skip the traditional job search and check out these awesome resources from Strength for Spouses for finding something remote. Because really, who doesn’t want to work in yoga pants?

Meme courtesy of our friends at NextGen MilSpouse: This summer, The Sip is partnering with The College Board to bring you a back to school tip… because new pencils and investing in the future shouldn’t just be for kids.

Sip Tip #1 (Sponsored content): Find your passion, then find a program that can make it happen. Love planning events? Look for a business degree. Do all the neighborhood kids come to your house to paint? Might be time to pursue that art degree. Learn more about the College Board and the assistance they can provide here.

Hey Hampton Roads! Save the date for the awesomeness that is MilSpouseFest on September 12. If you like winning things, feeling inspired and having fun, MilSpouseFest is the perfect place for you. Learn more about it here and join us in Norfolk!

Loving The Sip? Moving us to spam? Give us your feedback. Email us at TheSip@milspousefest.com and tell us what we hit or what we missed.