The Sip: If they could see us now!

You say Thursday, we say Friday eve. Whatever you’re calling it, it’s better with The Sip, the biweekly newsletter from the team at MilSpouseFest. Informed looks good on you. 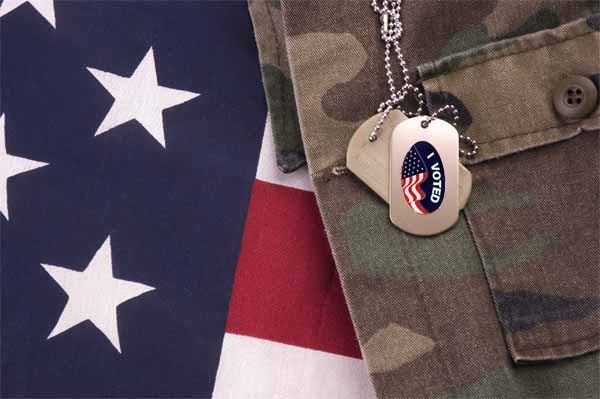 You say Thursday, we say Friday eve. Whatever you’re calling it, it’s better with The Sip, the biweekly newsletter from the team at MilSpouseFest. Informed looks good on you. On this date in 1848, the first Women’s Rights Convention was held in Seneca, New York. Attended by 300 people (including nearly 40 men), the gathering started the movement for women to have the right to vote. If they could see us now!

Big tax refunds are coming to over 130,000 veterans for taxes they paid on disability severance pay, dating back to the early 1990s. Letters are being mailed out to eligible recipients, and if everyone steps forward to get what they’re owed, the government could pay out in excess of $228 million. Show me the money!

Yesterday the Department of Defense released an initial planning estimate, saying that the military celebration parade requested by President Trump and scheduled for November 10 will cost an estimated $12 million, spurring lots and lots and lots of comments and opinions (both for and against the parade) from everyone we know on social media.

The Navy announced they are shaking up how they do deployments, bringing home the Harry S. Truman Carrier Strike Group after only three months at sea. In a press release, Adm. Christopher Grady, commander of Norfolk based fleet forces, explained the change as, “The National Defense Strategy directs us to be operationally unpredictable while remaining strategically predictable. As such, select units from the USS Harry S. Truman Carrier Strike Group will return to Norfolk, Virginia, this week.” Meanwhile, Navy spouses everywhere frantically try to finish the deployment projects they thought they’d have four more months to do.

Finally, a Jane Doe discovered in 1975 has finally been identified thanks in part to a few internet detectives. See guys? All that Facebook stalking is a useful skillset after all.

Speaking of Facebook, we can’t stop laughing at this post about our love-hate relationships with groups by our friends at NextGen MilSpouse. So much #truth!

Having a tough time and need a little extra encouragement? Head over to Solider’s Wife, Crazy Life and read this awesome post, and Just Keep Swimming.

Last but not least, check out these great deployment communication tips over on The Seasoned Spouse.

This video of a German Shepherd who stole his owner’s GoPro is everything you need to get you through today and into your weekend. You’re welcome!

Sip Tip #3: Thinking about going back to school? Many colleges and universities offer abbreviated semesters online, so you can work in timeframes that make sense for your schedule.

(Sponsored Content): Did you know? The College-Level Examination Program® (CLEP) offers you the opportunity to earn college credit for what you already know by taking any of the 33 introductory-level college subject exams. Learn more about it here. Loving The Sip? Moving us to spam? Want to see more puppy videos? Email us at TheSip@milspousefest.com and tell us how you really feel!