When PCS orders arrive, many spouses must uproot careers and find new jobs in a new state. Military spouses are encouraged to find portable careers. Yet many of the most portable jobs come with a catch. 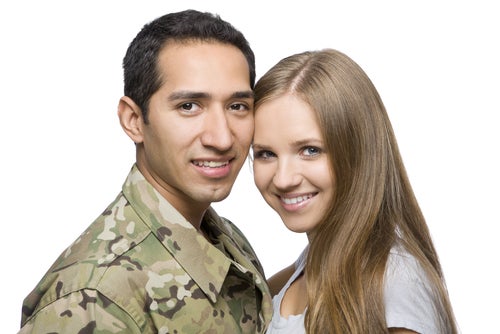 When PCS orders arrive, many spouses must uproot careers and find new jobs in a new state. Military spouses are encouraged to find portable careers. Yet many of the most portable jobs come with a catch: You need to be state-certified to work in the field, and for many spouses, that turns out to be a recurring nightmare.

Take Maggie Smith, who has moved four times in six years with her Coast Guard husband. She has had to start over in her chosen field of special education every time. “I don’t think I have the worst-case story,” she says of her struggles to find a new job whenever her family received permanent change of station orders.

Florida was “a piece of cake,” Smith says. “They cashed my check and said, ‘Here’s your certificate.'” But moving to New Jersey was another story. “One of my biggest issues was trying to get things done ahead of time so that when I interviewed for jobs I could say that I was already certified there,” she says. “And what I ran into was a huge wait list for certification.”

A year later, Smith was granted a “provisional” certification, which meant she had to enroll in state-sponsored teacher orientation classes despite her five years of teaching experience in her home state of Maine. “I’d work all day, then have to drive an hour to sit in a class for three hours to cover topics that I’d already been doing for a number of years,” she says. Lessons included things such as how to run parent-teacher conferences and put together a grade book. “I don’t want to say it was a waste of time for everyone, but it was definitely a waste of my time.”

The top three jobs occupied by military spouses, according to recent U.S. Census data, are K-12 teachers, child care workers and registered nurses, which all require licensing across state lines.

While there’s no magic bullet for easing the transition to a new state, JJ Montanaro, a CERTIFIED FINANCIAL PLANNERTM with USAA, says it always helps to be prepared. “Know what you’re up against and get a jump on it,” he says. “Build up a cash cushion so that if there is a gap in time (before you get hired), you have some cash to help fill the gap.” Check out these other tips: