Cassie Lohrey found out she was pregnant three weeks after her husband, Hospital Corpsman 1st Class Ryan Lohrey, was killed... 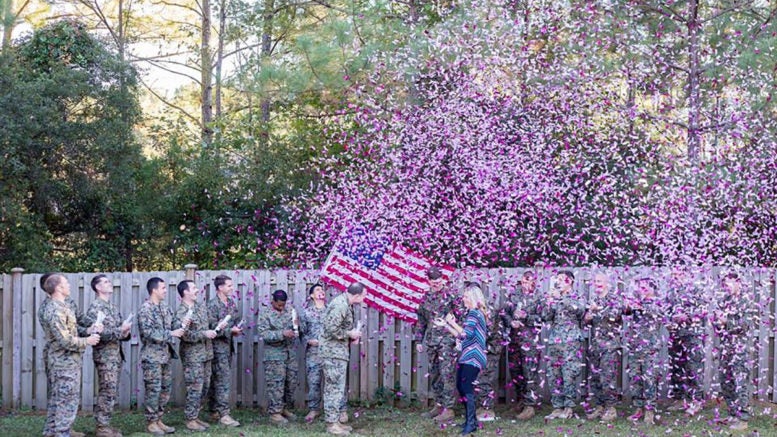 Cassie Lohrey found out she was pregnant three weeks after her husband, Hospital Corpsman 1st Class Ryan Lohrey, was killed in the July 10 crash that also took the lives of 15 other troops.

The Lohreys had only been married for a month, according to this Facebook post that has gone viral. So recent was their marriage that the documents identifying Cassie as the recipient of her new husband’s death gratuity had not yet been updated, leaving her without that financial support after his death. (This GoFund Me page has been set-up for their support).

News of her pregnancy gave her a reason “to celebrate life again and not just walk through it,” photographer Saralyn Johnson wrote on her post about Cassie.

And that included making a party out of her baby’s gender reveal. Sixteen service members, including Ryan’s team members, joined in for the announcement.

“Cassie Lohrey,” one service member announced in a fun ceremony just before the reveal, “we do hereby appoint you impregnated by Ryan Lohrey and congratulate you on your soon to be new baby ….”

And POP! Each troop shot off poppers of pink confetti. It’s a girl!