By Amy Bushatz, Military.com and Spousebuzz.com Tricare pharmacy fees would rise gradually under a plan included in the Defense Department’s... 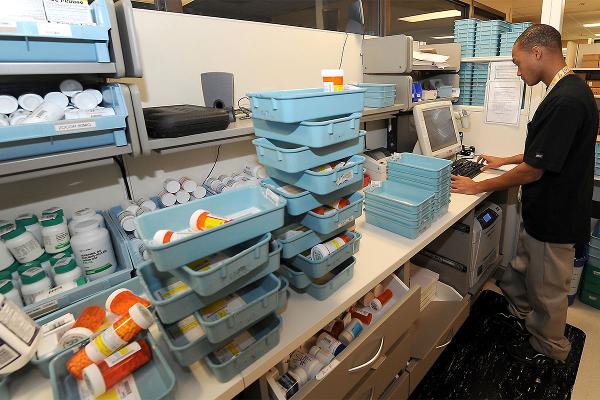 Tricare pharmacy fees would rise gradually under a plan included in the Defense Department’s annual budget proposal released this week.

Currently a 30-day supply of generic medication at a retail pharmacy is $10 while a brand-name drug is $24 and drugs outside the formulary $50. Drugs received through the mail-order pharmacy cost less, with a generic medication free, a 90-day supply of brand-name drugs $20 and non-formulary drugs $49. Medication received at a military treatment facility is free. The fees were last changed in 2016.

The new proposal would gradually increase Tricare drug prices to $14, $46 and $90, respectively, by 2027 for 30-day supplies at in-network retail pharmacies, with the same price tags for mail-order drugs, but for longer, 90-day supplies. Medications from military treatment facility pharmacies would continue to be free.

The current fees have doubled since 2014 for generic drugs at retail pharmacies. At that time they were $5 for a 30-day supply, while brand-name drugs were $17, $7 less than today. Mail-order drugs have also increased since 2014, when they were $13 for 90-day supply of brand-name medication.

The new drug price increases are necessary to cover the cost of providing health care while encouraging beneficiaries to use the cheaper to fund mail-order and generic drug options, Pentagon officials said in the budget proposal.

“The Department believes additional adjustments are needed to fully incentivize the use of mail order and generic drugs,” the document states.

Drug price changes for active duty families, Guard and Reserve members and their families and retirees have long been a hot topic and source of contention on Capitol Hill.

Similar price increases were proposed for 2017, but ultimately removed from the department’s annual spending bill, known as the National Defense Authorization Act. In 2015 proposed drug price increases similar to those released this week became a major sticking point in passing the annual legislation.

The 2018 budget proposal also includes another major change to Tricare coverage that could triple annual enrolment fees for many current and future retirees.

All of the proposed changes must first be approved by Congress before they become law — a process that could take months or longer — and some lawmakers have already described the president’s budget request as “dead on arrival” on Capitol Hill.