By Team MOC President Donald Trump’s nominee to be his first Secretary of the Army has abruptly pulled himself out... 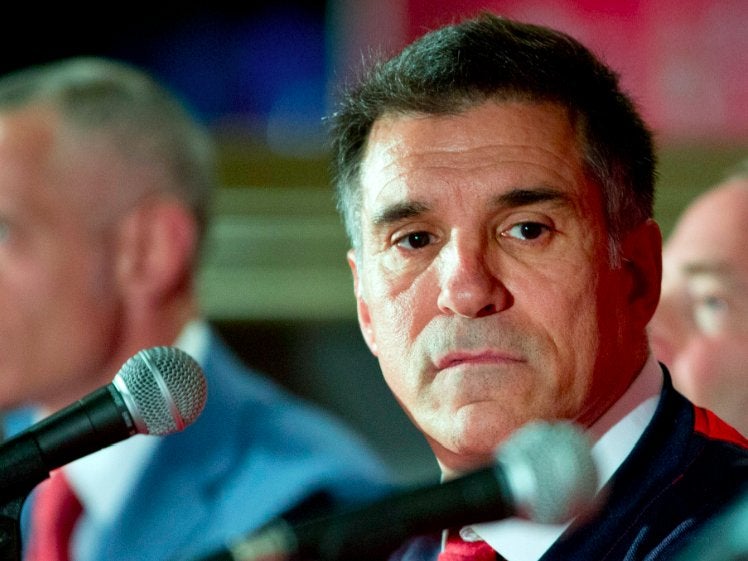 President Donald Trump’s nominee to be his first Secretary of the Army has abruptly pulled himself out of consideration for the job, citing business concerns.

Vincent Viola is a West Point graduate, billionaire Wall Street trader, and owner of the Florida Panthers NHL hockey franchise. He is also a majority shareholder in Virtu Financial and Eastern Air Lines. This week The New York Times reported that Mr. Viola had been negotiating to swap his stake in Eastern Air Lines for a stake in Swift Air, an airline with government subcontracts.

As the Times wrote, if his nomination had continued, he would have faced certain scrutiny for potentially becoming a government official who benefits from federal contracts.

News of Viola’s withdrawal was first reported by Leo Shane of Military Times who wrote that Viola said he was “deeply honored” to be nominated for the post, but concluded that he would not be able to successfully navigate the confirmation process.

“I appreciate the confidence President Trump showed in me,” Viola said. “I offer my continued support for President Trump and his administration, and look forward to redoubling my efforts to support the Army and its veterans as private citizens.”

Viola is well respected for his charity support of the Army, including the Combating Terrorism Center at West Point and the Army Cyber Institute.

The Trump administration released no statement on Viola’s actions but confirmed that he’d withdrawn himself from consideration.

This leaves previous Army finance chief Robert Speer as the acting secretary, a situation the service has grown used to in recent years. Eric Fanning faced a lengthy confirmation fight in 2015 that caused former Pennsylvania congressman and Army vet Patrick Murphy to assume the top role for an extended period.