This spouse grants big wishes to others in the military community 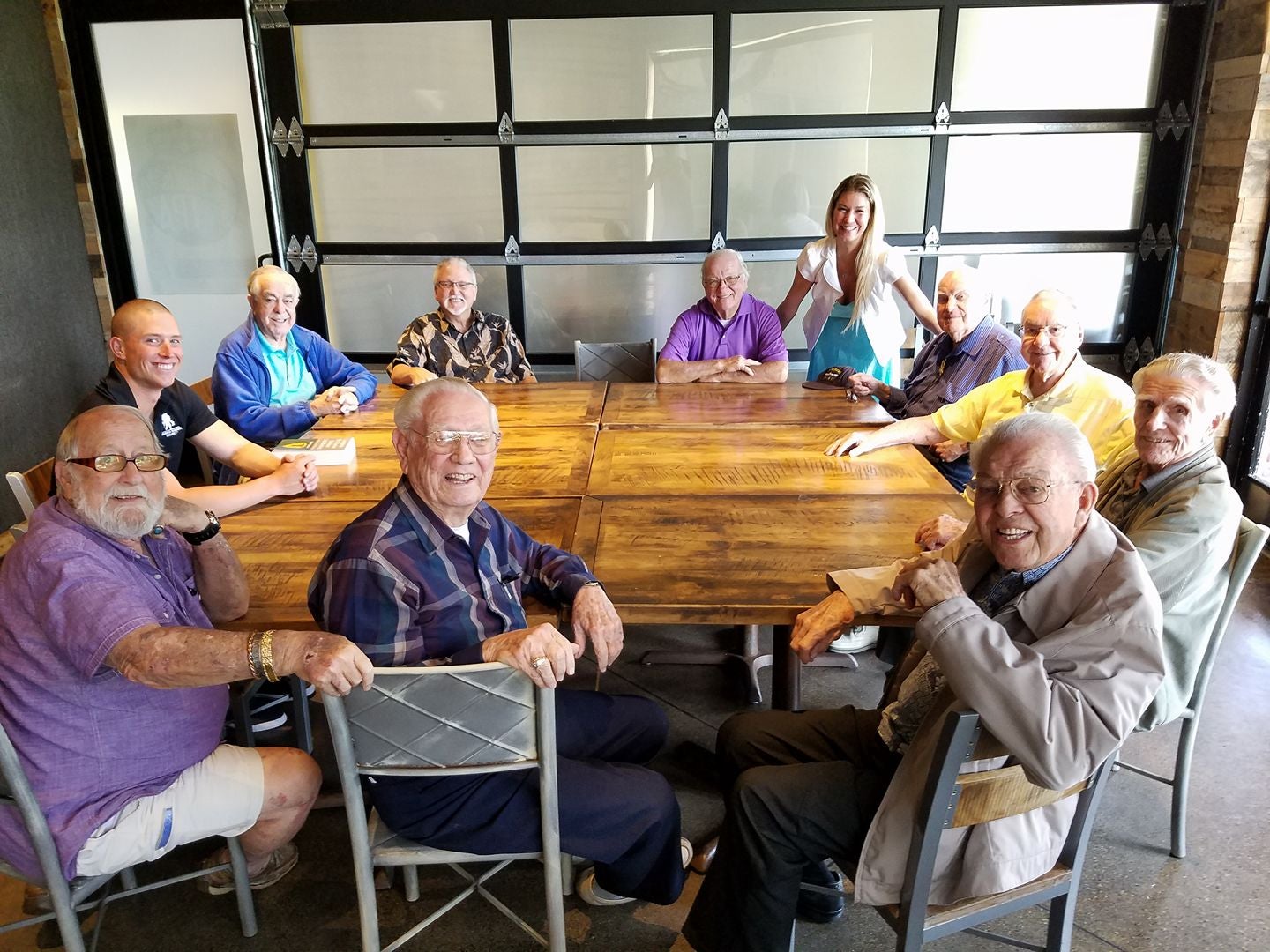 Cassandra Bratcher is a military spouse known by many different titles.To children, she is Princess Elsa from Frozen. Bratcher dresses up as Elsa for Halloween and Christmas, and also makes visits to the local Shriner hospital burn unit in character. As Elsa, this former beauty pageant winner Skypes with military kids all over the country to encourage them during deployment. But she doesn’t charge military families anything for the appearances.

Others in the military community know Bratcher as the Wish Granter. She started a wish program that has given military families free tickets to TV studios, a baby announcement with the Blackhawks and their mascot at their arena, anniversary shout-outs at the Padres Game, and tickets to local amusement parks and shows. She has helped military spouses get private tours of the White House and the Commandant’s House in Washington, D.C. Bratcher even became an ordained minister so that she could legally celebrate weddings on base for military couples for free.

She explains with a laugh, “I’ve always been the person people go to to get stuff done. I Google my way to the people that are willing to work with me. Many companies and organizations want to give back to the military, they just don’t know how to.”

To military significant others, she is known as “the Brick Wall” because she doesn’t tolerate negativity on social media and will defend the newest, most vulnerable members of the military community. Bratcher says, “As soon as you fall in love with a service member, we fall in love with you. Girlfriends, boyfriends, and spouses should all be treated the same.”

On Camp Pendleton, Bratcher is known as the base’s nominee for Armed Forces Insurance’s 2016 Military Spouse of the Year (MSOY). Bratcher has been nominated for the Armed Forces Insurance MSOY award every year since being a military spouse (since 2013). The additional publicity has helped her encourage more community donations to her organization.

Despite all those titles, the name Bratcher may be most proud of is founder of United Military Significant Others. Through this non-profit organization she has been able to touch many military lives.

Bratcher founded the organization United Military Significant Others (UMSO) in 2013, originally to support significant others in the Marine Corps. When she married her Marine, Bratcher had ten years of experience working in sales and networking. Yet when she moved to his duty station, she struggled with loneliness and finding a place to belong. She realized, “If I was struggling as a successful 30-year-old, how much more so was the 19 year old new wife who has been uprooted from her hometown?”

The organization became a reality after Bratcher met with Mrs. Amos, wife of Gen. Amos, who was then the Commandant of the Marine Corps. Mrs. Amos listened politely to Bratcher’s high-tech ideas, then finally told her,  “Until you get people sharing a cup of sugar again, you haven’t made it.”

Amos wanted Bratcher to focus on old-school methods of connecting spouses and building community. Bratcher says, “Mrs. Amos was incredibly supportive. She is the whole reason I am here today doing this!”

UMSO first started with a D.C. chapter. The five-year plan was to support all branches. Bratcher says the organization hit that mark and re-branded internationally within 24 months. “I was not expecting it to get this big so quickly, but we are fulfilling a need, doing things out of the box, and forming important partnerships. Our goal is to give you a warm hug wherever you go. We’re all over the world, and want to have every military spouse feel welcome wherever they go.” Recently, the organization officially received the 501(c3) non-profit status.

Membership in UMSO is free and open to anyone romantically involved with a service member. Most events are also free, including chapter meetings, ticket giveaways, special events, and local tours. The charity is currently collecting donations of ball gowns to be used at military balls. Bratcher says that to date, UMSO has collected a couple thousand dresses from all over the country. They partner with Hilton to donate dresses to the Commandant’s house, where they are then sent to Quantico and local military bases. Donations can be made by filling out the contact form on the website: www.umsigo.org.

UMSO has big goals. Bratcher says, “We have a goal of a chapter at every military installation in the world in the next five years.” To make this happen, Bratcher can’t do it alone. She is growing the UMSO team to take over daily tasks.  “I will be taking myself back out to focus on bigger stuff like chapter growth and reaching out to start more chapters at additional bases.”

What else is in the works for this busy military spouse? She is also an author. She just finished her first book, which is children’s book on anti-bullying. She calls it a third generation military spouse book, because it is dedicated to her grandmother (a military spouse), written by a military spouse, and about a 13-year-old military kid. Now she is writing the memoirs of a 91-year old Iwo Jima veteran. She meets with him and other World War II vets once a week to listen to them and collect their stories.