Veteran Olympian is one of three luge soldiers in Pyeongchang

By day, Sgt. Matthew Mortensen is an engineer, both as a civilian and for the New York Army National Guard’s... 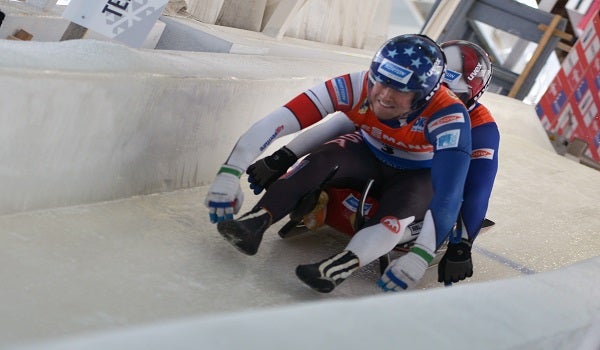 By day, Sgt. Matthew Mortensen is an engineer, both as a civilian and for the New York Army National Guard’s 1156th Engineer Company. And oh yea – he also qualified for the Olympics for the third time.

The 32-year-old from Huntington Station, New York, is a world-class competitor in luge and is ready to hit the world stage again in Pyeongchang, South Korea, with his men’s doubles partner, Jayson Terdiman.

New York Army National Guard Sgt. Matthew Mortensen is part of the Army World Class Athlete Program and will be competing in luge in the 2018 Pyeongchang Olympics. Photo courtesy of Facebook

Mortensen started competing in luge when he was 12, and it was a sport that stuck through his teen years. Luckily, joining the military gave him the chance to continue competing as an adult while also working on his post-athletic career.

“I joined the military to put me on a direct heading for going to school and giving me something after I was done as an athlete,” he said. “I got into the World Class Athlete Program, and by being in that program, it allowed me to be an athlete and be a soldier at the same time, which is awesome.”

One of the parts he likes best about luge? The thin line between control and a lack of it.

Mortensen also competed in the 2014 Sochi Olympics, where he and his partner finished 14th. He said this time, the competition will be from a different perspective.

“The first time around, I was really excited about the experience, and to do that again is unbelievable. But I am coming in hoping for medals,” he said.

Regardless of the outcome, it’s still a tremendous honor.

“Going to the Olympics is special. Going to the Olympics and representing your country as an athlete and soldier is very special – not a lot of people get to say they can do that,” he said. “These are all types of memories I can carry with me for my entire life, something that I’ll always cherish.”

Mortensen won’t be the only soldier competing in luge in Pyeongchang. Sgt. Emily Sweeney, 22, and 26-year-old Sgt. Taylor Morris will represent the U.S. Army in South Korea.

Whether they win any medals or not in Korea, these soldiers will always be winners to us!