Kathryn Thomas is the type of service-oriented woman who deals with hardship in her own life by focusing on improving... 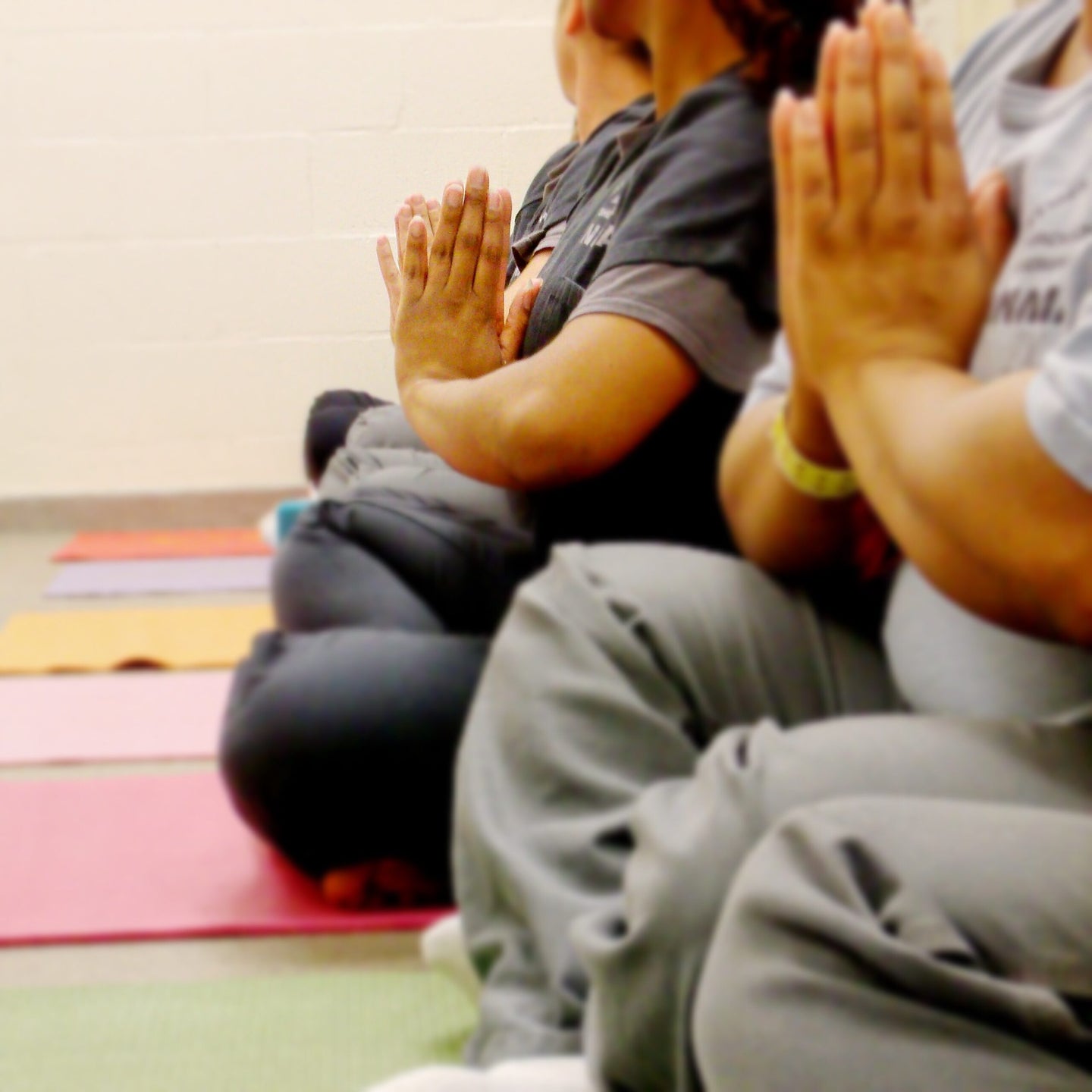 Kathryn Thomas is the type of service-oriented woman who deals with hardship in her own life by focusing on improving the lives of others.

From the time she was a child, Thomas knew she was destined to fly. Goal-driven and tenacious, she worked hard to make her dream a reality. After college, Thomas joined the Navy, was selected for flight school, and earned her wings as a helicopter pilot. But her dream of a career in the sky was not to be.

While deployed, Thomas fell. She underwent surgery to correct a severely broken ankle, but the ankle didn’t heal properly and her flight doctor said she would never fly again. Although she admits she was heartbroken when she realized she would have to be medically separated from the Navy, her disappointment quickly morphed into determination.

Thomas refused to succumb to the depression and anxiety that threatened to consume her and found peace and healing on a yoga mat. That was when inspiration struck. If yoga could bring her a sense of tranquility, what could it do for others who were struggling with their own demons but lacked access?

In 2014, Thomas founded Yoga 4 Change, a 501(c)(3) non-profit organization based in north Florida that brings the healing power of yoga to the incarcerated, veterans struggling with PTSD, at-risk youth, and people struggling with addiction.

Since then, one woman with a dream of helping people heal has developed into a flourishing organization that served 20,987 vulnerable individuals in 2016 alone. With 12 professional instructors on staff and two administrative employees, Yoga 4 Change now offers 21 classes a week, 50 weeks a year. Additionally, they support shorter programs throughout the Jacksonville community including after school clubs, wounded veterans, and their local chapter of Habitat for Humanity.

Although Yoga 4 Change has experienced tremendous growth, this progress hasn’t always been easy. “The hardest thing we do is convince facility managers they need our program,” Thomas said. “We’re in the Bible Belt, and sometimes people have misperceptions about what we’re teaching.”

The curriculum at Yoga 4 Change is not what you’d find at an average yoga studio. Because many of the people they serve have experienced trauma, instructors with the organization focus on reducing stress and elevating mood. Instead of traditional lines with the instructor at the front of the room, classes are set up in a circle, with the instructor at the center. This allows participants to avoid anyone standing behind them (a situation that might be threatening to abuse victims). Poses that may be triggering are avoided, and there is a strong focus on the mind-body connection.

Last year, having witnessed significant development in her students, Thomas decided to team up with the University of North Florida to scientifically evaluate the Yoga 4 Change curriculum. Before and after each class, instructors gather data points on participants including blood pressure measurements. A team at the university has analyzed a year’s worth of data and what they found surprised even Thomas.

“Data from the university in Jacksonville shows that [our program] decreases stress 20% and increases mood 25%. We see at least a 10- to 20-point decrease in blood pressure across the board after one class. All this with no meds.”

These numbers translate into a better quality of life for participants.

Alan Calkin is currently participating in the organization’s teacher-training program. Having struggled with addiction since he was 15, Calkin spent more than a decade in prison. That’s where he found Yoga 4 Change.

“The impact this program has had on Alan doesn’t stop with him,” Thomas said. “It’s changed his whole family. He’s a father of four girls, and he now has custody of them. His wife is also a student [with Yoga 4 Change]. They’re both sober now and involved in their kids’ lives.”

Thomas is convinced a yoga practice that works on generating sustained calm and focus has ripple effects throughout families and communities. “We start on the mat. Then we see changes on the family level and that feeds into the community,” Thomas said.

Not satisfied to stop there, Thomas has big goals for her organization’s future. In the next year, she hopes to expand programs into Daytona and Tallahassee communities. “We’ve been contacted by people all over country,” she said. “I see us as a national organization in the future, but right now we don’t want to expand quicker than we are able to stay sustainable.”

To continue to expand, Thomas has had to focus more on fundraising. She pays all of her instructors, and hopes that some of the organization’s other participants will follow in Calkin’s footsteps and make the leap from student to instructor.

“We want to allow them the opportunity to change their outcome,” Thomas said. “It’s powerful to have someone who’s been behind bars teaching people who are still incarcerated. It’s more meaningful than when someone like me walks through the door.”

“Specifically, we are looking for people to make a monthly commitment to help support our work with veterans both inside the correctional system and outside, as well as through our work with the VA.”

The monthly giving subscription offers donors an affordable way to give with maximum impact. 100 percent of donors’ gifts go to programming, and if the organization can find just 10 people to give $10 a month for 12 months, it will cover the expense of next year’s programming with the Veterans Administration.

“Because none of our donor’s dollars goes to overhead, their money can make a huge difference in a veteran’s life who is struggling,” Thomas said.