For Army veteran Jeffrey Graham and his wife, Vanessa, this week in Panama City Beach, Florida has been relaxing. The... 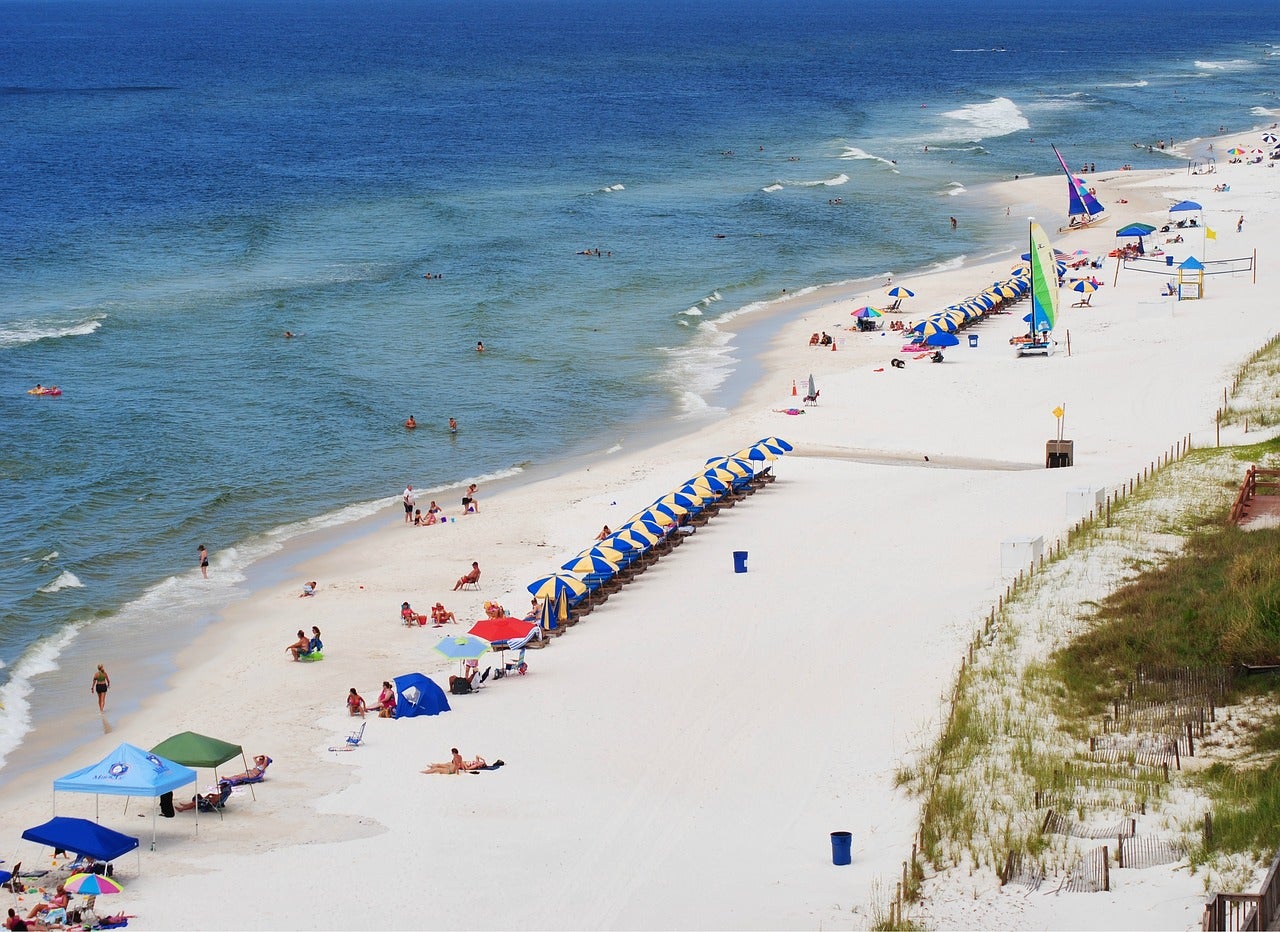 For Army veteran Jeffrey Graham and his wife, Vanessa, this week in Panama City Beach, Florida has been relaxing.

The Grahams were one of about 20 couples in town for the Warrior Beach Retreat, an annual excursion that brings veterans and their spouses or caregivers from across the country to Bay County as a show of gratitude, offering time to relax and be alone together.

This week’s retreat began Monday and ends Oct. 2. During that week, the men will go deep sea fishing and the women will get a spa day, among other activities such as the annual parade and a Saturday lunch on the Betsy Ann Riverboat. Tuesday, though, the couples were enjoying a land-based lunch at Carrabba’s Italian Grill on Back Beach Road.

“So far, it’s real nice,” said Jeffrey Graham, who lives in south Atlanta and retired in 2014 after 34 years of service. “I’m enjoying myself down here. Everything’s looking good.”

The retreats, which are held twice a year, are a chance for service members to bond with each other and their significant others. For many, it is comforting to be among other veterans, who also have dealt with post-traumatic stress disorder or other service-related ailments.

Retreat founder Linda Cope said the retreats help couples “have a stronger marriage and have hope. We’ve had several say in the past they’ve tried to take their lives and so they are just glad to be here, to network with other veterans. … The wives will connect. They heal each other.”

She said as always, the veterans are impressed with the area and “loving” the appreciation shown by the community. The retreats are getting smaller since their initial years, focusing on “quality, not quantity” so the couples don’t get overwhelmed, she said.

“Everyone is treating us very well,” Vanessa Graham said. “It was what we needed, some relaxing time, someone else who can understand what you’re going through.”

As part of the retreat’s tradition, a parade over the Hathaway Bridge leaves the Hampton Inn & Suites at 15505 Front Beach Road at 4 p.m. Thursday, making its way to the Wounded Warrior Salute at Grace Presbyterian Church, 1415 Airport Ave. in Panama City, which begins at 7 p.m.. Admission to the ceremony is free and open to the public.

The public again is invited to line Hathaway Bridge and other route spots to wave American flags and show their support for the veterans during the parade. For the parade route, visit warriorbeachretreat.org.

“Line the streets like you have always done, y’all,” Cope said. “Line the streets by the thousands because that brings a lot of healing to these men and women. The first five cars are men that have served in Vietnam or Korea, so we honor them because they never did a hero’s welcome.”

Nashville-based minister Jimmy Sites will serve as the ceremony’s guest speaker. While dining with the veterans Tuesday, Sites said the service members deserve to be honored because they “shed blood in our place.”

The retreat “restores my hope in America,” said Sites, who is not a veteran but whose father served. “When you see the grassroots community and you see cars pulling over for veterans driving to lunch … that is such a wonderful, warming, patriotic feeling. We still have a loyalty to our U.S. military.”