On May 8, 1945, both the United States and Great Britain celebrated Victory in Europe Day or V-E Day. It... 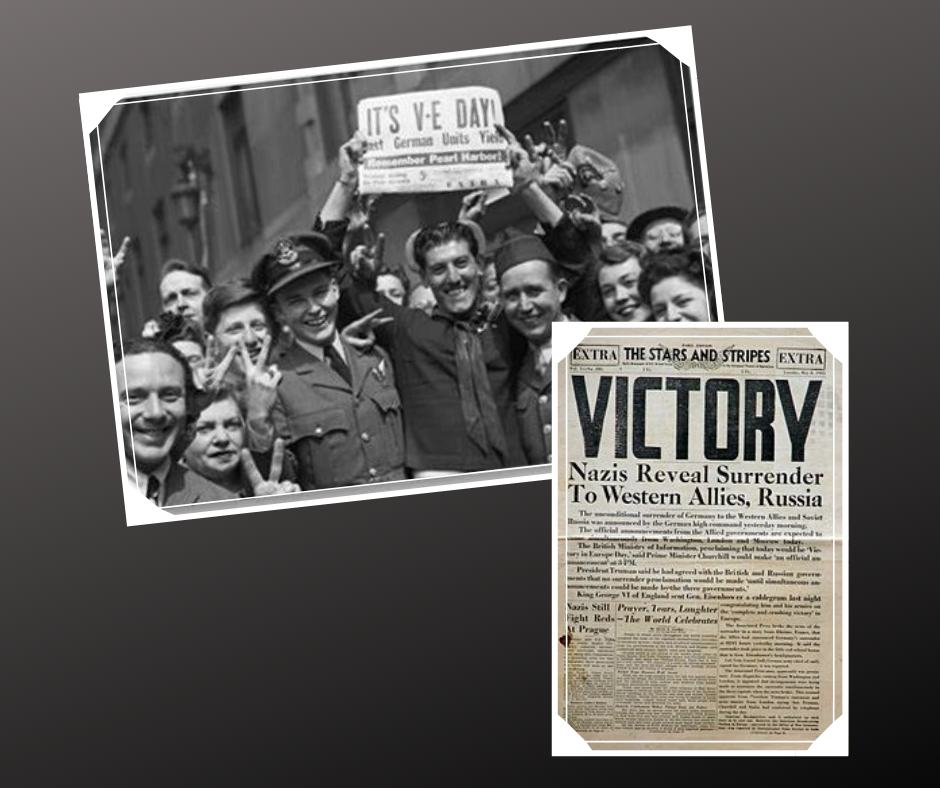 On May 8, 1945, both the United States and Great Britain celebrated Victory in Europe Day or V-E Day. It is the day when the German Troops all over Europe laid down their arms. This was the beginning of the end of World War II. Cities across both nations acknowledged and rejoiced over the defeat of the Nazis by putting out flags and banners, and celebrating this victory.

With this victory, more than 13,000 British POWs were released and sent home to Great Britain.

The surrender of the Nazis was step one in ending this war. The official end to the war would come a few months later with Victory in Japan Day. For the Soviets, V-E Day did not come until May 9th when after more loss, the Germans finally surrendered. In Europe, and for the Nazis, the war was over.