VP wife wants her office to focus on spouse issues 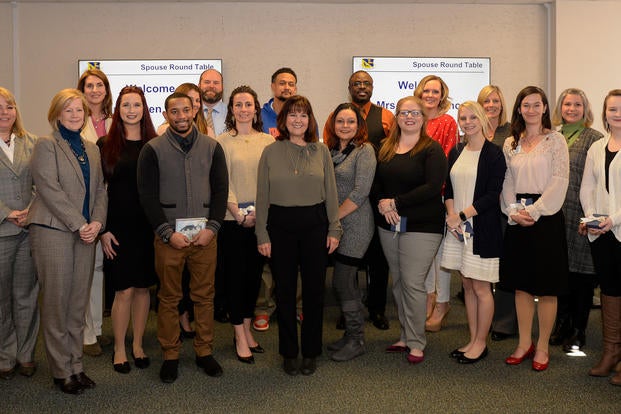 Pence met with about 20 military spouses on Yakota Air Force Base, Japan this week during a stopover on her trip with her husband to attend the Winter Olympics in South Korea.

“For the next month or so we’re going to actually choose one thing that we can really focus on and kind of pile drive through to help these spouses,” she said during an Air Force interview.

Pence, whose recently married son Michael is a Marine Corps Second Lieutenant, said her meeting was “more of a listening session” to learn about the problems faced by military spouses, and how her office can help.

“We wanted to hear from the spouses what can we do in this position, what can we take back with us?” she said during an Air Force interview. “To be able to come alongside them is important to us because if we can do that, and they are happy, then the military member is happy and everything works smoother.”

Military spouse employment, including background checks and security clearance problems and running businesses overseas, was one of the top things discussed during the meeting, she said.

Spouse employment is a particular challenge at overseas bases where the status of forces agreement (SOFA) between the U.S. and the host nation makes it difficult to find jobs or run a small business.

Her son’s recent marriage has brought military spouse issues close to home, Pence said, thanks to her daughter in law, Sarah.