War movie buff? Here’s where the real locations of your favorite flicks are

“And that’s where Top Gun was filmed!” I turned to my bug-eyed civilian friends with glee, pointing to the slightly... 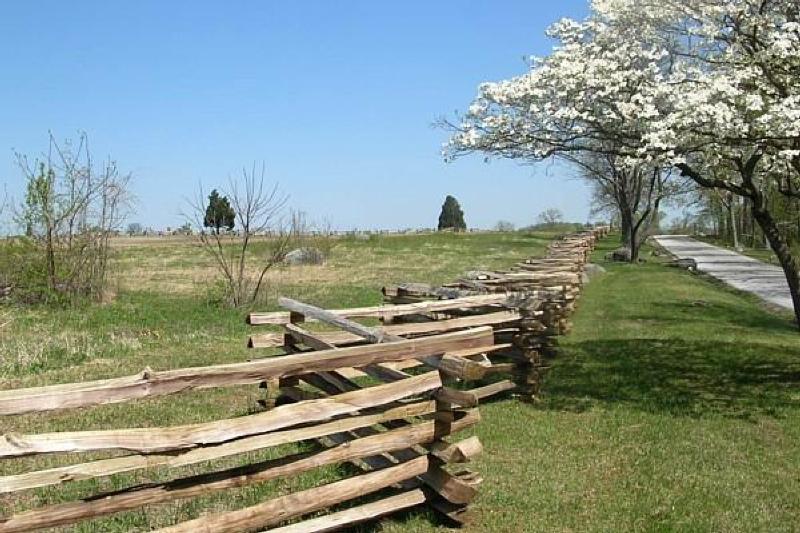 “And that’s where Top Gun was filmed!”

I turned to my bug-eyed civilian friends with glee, pointing to the slightly dilapidated house just over my shoulder. It was a moment of real life meeting Hollywood, courtesy of the US military.

Top Gun was clearly a fictional story. . .  but there are many locations featured in Hollywood movies and on TV that are connected to 100 percent true military events. And you can visit them, too!

Get ready to visit these amazing, historical, and Hollywood-famous locations:

Note: Locations in Iraq and Afghanistan were not included due to ongoing, violent conflicts in those regions.

Set during the Revolutionary War in South Carolina, The Patriot covers a lot of battles and military tactics from the founding of our nation. You can visit the Battle of Camden and Brattonsville, both real Revolutionary War sites featured in the film.

This TV show focuses on the Culper Ring, a group of spies for General George Washington. TURN is set mainly on Long Island and in New York, New Jersey, Connecticut, and Pennsylvania. This was a major hub for early Revolutionary activities and battles, including the Battle of Monmouth.  Pretty much that whole region has connections to the Revolutionary War and the founding of our country.

So, Gone with the Wind isn’t 100 percent about the military. However, Ashley Wilkes does join the Confederate Army and the US Civil War is the backdrop for the whole movie. From the first call to join up to the burning of Atlanta, we watch the war unfold from start to finish. There are multiple National Park sites to visit in Atlanta. Plus, going to Georgia is a great excuse to indulge in down home cooking.

For Civil War battle buffs, this might be the ultimate movie. Gettysburg depicts the iconic battle from both Union and Confederate viewpoints. It is steeped in details of the battle plan and touches on all of the memorable moments. Plus, the whole site is a National Park! Every summer, there is a giant reenactment of the entire battle.

Relive the unbelievable bravery of the 54th Massachusetts, the first all African-American regiment in the US Army, at Fort Wagner. This unit sustained severe casualties and their collective actions are memorialized on Boston Common with a large relief sculpture. Additionally, Sgt. William H. Carney, a former slave, was presented with the Congressional Medal of Honor.

The American 77th Division was surrounded by the German Fifth Army in the Argonne Forest during October 1918. They were outmanned and outgunned and quickly running out of ammunition and supplies. Grab your passport to visit the site of this famous battle in France.

Jet of to beautiful Hawaii and to pay your respects at Pearl Harbor. This movie follows two fictionalized pilots from the devastating attack on the US Pacific Fleet and air stations to the infamous Doolittle Raid on Tokyo.

Join Easy Company as they run up Currahee and shiver in the Ardenne Forest while surrounded by the Nazis. This mini-series is based on real events and actual people, many of whom appear in interviews in each episode. You can visit many of the places in France where the 506th fought during World War II, including the Ardenne and Bastogne.

It doesn’t get more all-American than this: Troubled youth-turned-Olympic-hero becomes a pilot. Then his plane crashes and he is forced to survive torture in a Japanese POW camp. Today, visitors to Tokyo can explore the area near where Louis Zamperini was held as a prisoner of war. There are several US military bases on mainland Japan, giving visiting personnel easier access to historic sites.

Desmond Doss saved dozens of wounded men on Hacksaw Ridge. His heroics during the Battle of Okinawa earned him the Congressional Medal of Honor. Doss is the first conscientious objector to earn this honor, and he did it without firing a shot. You are able to visit Hacksaw Ridge on Okinawa, as well as other important World War II sites like the Japanese Naval Underground.

During the last years of World War II, the Japanese Army was building a massive railroad across Southeast Asia. The line was supposed to stretch from Bangkok to Burma. And it was all built on the backs of Allied POWs. Today, visitors can still visit the famous Bridge on the River Kwai in Kanchanaburi, Thailand and even cross it by rail or on foot.

Remember when Forrest joined the Army and got shipped to Vietnam? You can explore the Mekong Delta. While you might not be able to follow in Forrest’s exact footsteps, you can enjoy the beautiful rice paddies and much more hospitable interactions.

Enjoy this Robin Williams classic with a nice cup of Vietnamese coffee to really jump start your morning. Then head out to explore Ho Chi Minh City, the current name for Saigon.