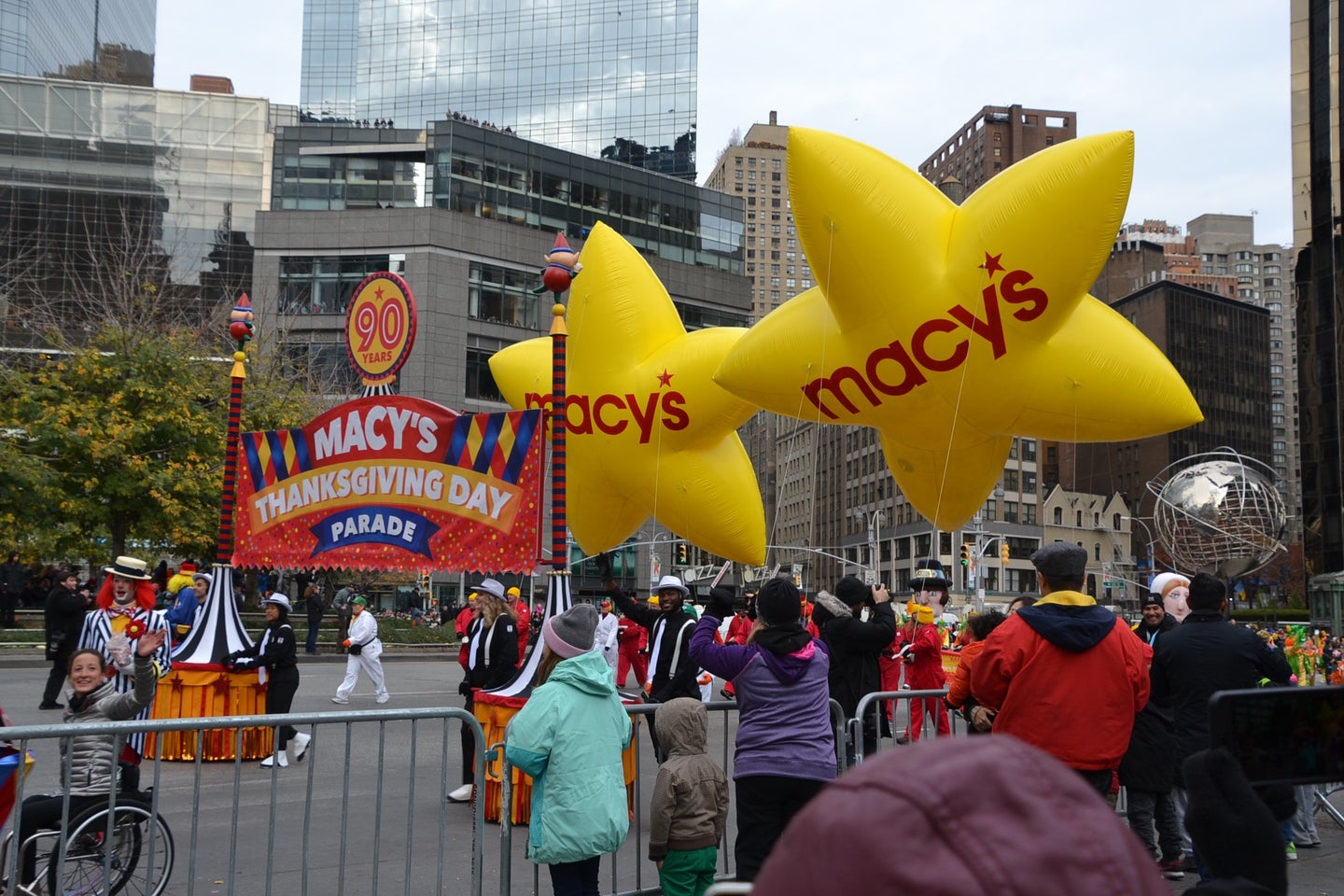 Tomorrow, 128 military kids, ages nine to 16, from 48 states and 104 cities will perform on the holiday’s largest stage: The Macy’s Thanksgiving Day Parade. The performance is coordinated by Camp Broadway, an organization that gives children and teens authentic theater experiences, and is a first during the group’s decade-long partnership with the parade. While the performance on NBC will last for just 60 seconds of screen time, a large team has been working the entire year to make this extraordinary opportunity come to fruition.

The young singers and theater enthusiasts will be performing Irving Berlin’s “This Is A Great Country,” a 1962 tune popularized by his last musical, Mr. President. According to Kerry Dineen, Camp Broadway’s Community Engagement Manager, the song has been updated and modernized to speak to a new generation.

Fittingly, the genesis for the project came from a meeting of minds on–where else?– Broadway. Susan Lee, the founder of Camp Broadway, Evan Guzman, the chairperson of the Broadway Education Alliance, and Gloria and Emilio Estevez were speaking about Gloria’s father’s service as a Vietnam veteran and his exposure to–and then illness from–Agent Orange. Recognizing the sacrifices Gloria made as child and caregiver of a veteran, the conversation drifted to the military children of today and how their contributions could be acknowledged on a national scale.

Soon, Camp Broadway was in discussions with Macy’s, who “loved the idea,” according to Guzman. Thanks to organizations both inside and outside the military community– like Military Spouse Magazine, Blue Star Families, and SKIES Unlimited– the casting call was amplified across the internet and by word of mouth.

In July, Camp Broadway released a casting call seeking military kids from active duty, Reservist, wounded, or Gold Star families who served after 1955. More than 300 hundred submitted video auditions, and of that group, 128 were selected. The chosen performers represent families from every branch of the military. Or, as Dineen puts it, they’re “kids who are truly affected by their parents’ service to this country.”

Participation in Camp Broadway’s program does have a price tag. At almost a thousand dollars, plus travel and housing expenses, many performers needed a little extra help to get to the Big Apple. That’s when the military community swung into action.

Guzman, who is also the founder of the MiLBRAND Project, worked with his organizations to help publicize and provide financial support. Gaby Juergens, military mom and the entrepreneur behind Homefront Girl, reached into her rolodex, too. “I was very happy that once I put a call out through Homefront Girl and my own personal network, a lot of generous hearts opened up and a lot of generosity came forward,” Jeurgens says.

The program is sponsored by a litany of corporate and individual donors including the Broadway Education Alliance, Las Casas Foundation, The Homefront Girl, AT&T Veterans, Control Instruments Corporation, Blue Horizon Tek, and Grad Conn, among others. “We wanted to make sure that it [the opportunity] was available to military kids from all levels of the military,” says Dineen of Camp Broadway’s partnerships.

The participants have been in New York City with their parent chaperones since Saturday. They’ve spent most of their time practicing choreography and singing as a group, all under the watchful eye of professional choreographer, actor, and writer, Brad Bradley, who comes from a three-generation military family. When they’re not practicing, they’re enjoying the sights and sounds of the city, including a special practice in Herald Square, where the NBC crew will practice filming their segment. The kids will also receive their own Homefront Girl teddy bear in commemoration of their performance.

Tomorrow, the participants will be up bright and early at the starting point of the parade. They’ll march the route and then perform in front of Macy’s flagship store. It’s estimated more than 50 million people will be watching around the world.

And the experience is one that all involved will remember for a long time. “To be able to honor the country and honor military families who serve the country is a special treat, especially in the Macy’s Thanksgiving Day Parade. We’ve been doing this for many years; to highlight military families is something very special to our team,” Dineen says.