By Bianca Strzalkowski An Air Force wife is vying for her own cooking show as she competes against 11 other chefs... 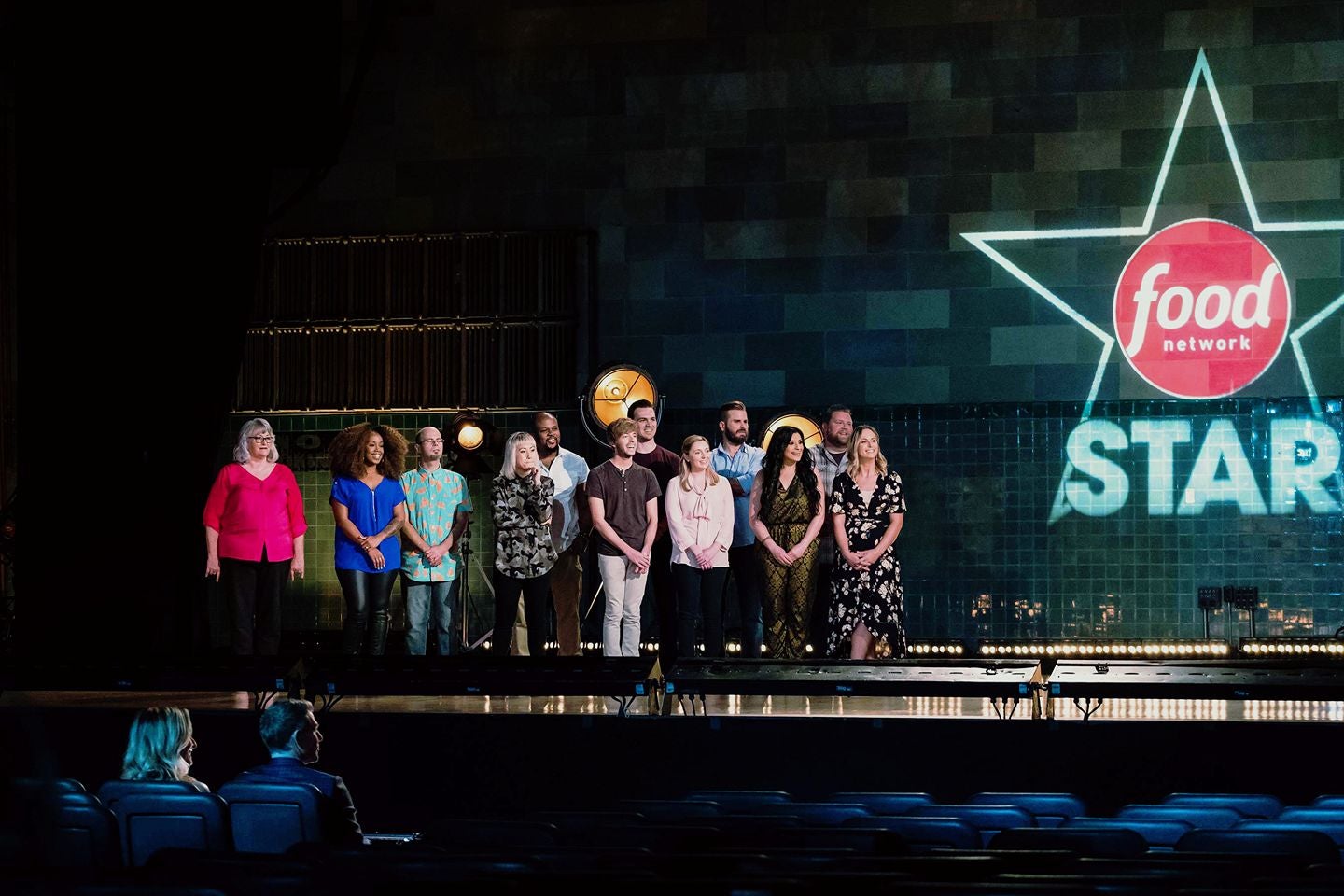 An Air Force wife is vying for her own cooking show as she competes against 11 other chefs on Food Network Star.

Food blogger Amy Pottinger, a 32-year-old mom of two, is among the group of finalists battling it out in the kitchen for the show’s 13th season. The frequent moves of military life helped her become the culinary chameleon she is today. Currently, the family is stationed in Honolulu, Hawaii, but she has also lived in Washington State, Oklahoma, Florida, and Alaska. She used local ingredients, farmers’ markets, and restaurants to get to know her new duty station–and expand her cooking portfolio.

“I’m from Seattle, which kind of is a cultural epicenter in itself. . . My husband’s from Texas, and Oklahoma is kind of in that same central south area so I picked up some of those foods that he grew up on,” she said. “Then, we moved to Florida and I got the coastal foods; in Alaska, we did a lot of deep sea fishing and fishing when the salmon were spawning.”

Pottinger explains in her blog Caviar and Crayons that “each place that we live weaves its way into my food and the stories of our lives.” She started chronicling her experiences and her recipes in 2014 after the couple made the decision for Amy to stay at home to raise their two children.

“I wanted to be able to share my love of food with people, and I always had people asking for recipes so I just decided to start a food blog because it could go wherever I went,” she told Military OneClick. “It was really the only platform I had until Food Network Star came along, where I could try to show one of my art forms.”

Her obvious passion for her craft led her to take the chance at submitting a promo video for the Food Network competition. Later, casting contacted her to see if she was interested in beginning the formal interview process. She was elated.

Sometimes the aspirations of military spouses conflict with the many demands of their spouses’ military careers. The Pottingers are no exception as her husband–a fighter pilot–works long hours along with frequent TDYs and deployments. The couple had to weigh how to make it all work while living far from family support.

“He is a busy, busy, busy guy so when this [Food Network Star] came up, it was one of those things that it was special enough that I got selected for it,” she said. “We made the choice that even though [it] was going to be a sacrifice. . . it was just something we were going to commit to because if we didn’t do it, it would be really unfortunate for me.”

With some help from supportive friends and extended family members who flew to stay with the kids, Pottinger was able to prep and meet the show’s requirements. The all-hands effort has proved to be worth it as her talents were confirmed through a standout performance on the premiere episode. She impressed judges Bobby Flay and Giada De Laurentiis with the winning dish during week one: Grilled Skirt Steak Tacos with Charred Poblano Crema and a Pomegranate, Pineapple Pico de Gallo.

Pottinger had the opportunity to meet Robert Irvine and talk with him about his engagement with the military. In the mix of all the awe-inspiring experiences, she reflected on the value of being able to seize something for herself.

“It just kind of reaffirmed for me why I was there, because although being supportive is obviously an incredibly important role, it’s not the only role we have to play as wives,” she explained.

“It was a really special thing for me to be able to step away and take time for myself, especially for something like that on a national platform. It was legitimately the first time I focused on myself in longer than I can remember.”

Food Network Star airs every Sunday night at 9 PM EST on Food Network channel. The military community can rally around one of our own by casting a vote on the network’s website for fan favorite at Vote in the Fan Poll.