Gender reveals, a recent trend where expectant parents find out if they’re having a boy or girl through often elaborate,... 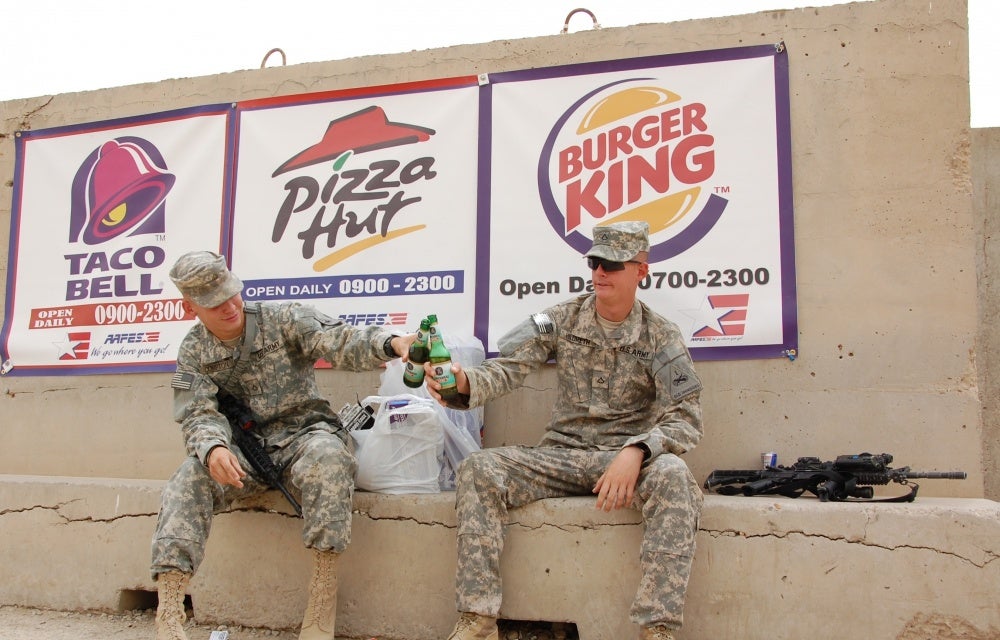 Gender reveals, a recent trend where expectant parents find out if they’re having a boy or girl through often elaborate, surprise means, come in all shapes sizes. Some parents-to-be have a huge party, cutting into a cake to reveal pink or blue icing. Others stage photoshoots at paintball ranges, where the pre-loaded pellets are either blue or pink. And, yes, there’s the viral video or two of Skype sessions where military spouses tell their partners via the internet and tape their reactions.

But few parents get to announce the gender of their baby in front of a formation of deployed Marines. Capt. Gregory Veteto, himself currently deployed Marine, had that chance. Using a specially prepared football, Veteto punted the ball, revealing a vibrant cloud of. . .

You didn’t think we’d tell you, did you? Watch the video here to find out what Veteto celebrated:

While Veteto knew about his child’s gender before kicking the football, he notes in the viral Instagram post that, “…kicking it and seeing the pictures and the videos it was really a joyful moment for me and my family.”

The response from the on-screen Marines is joyful as well. After the cloud errupts, Veteto can be seen running through the formation, getting high-fives and congratulations from his fellow service members. “A lot of the Marines didn’t know I was having a girl, so it was a big surprise for them and to hear them get excited about it was really cool. I am glad I made the decision to do it at the company formation,” Veteto writes.