Here’s what military spouses have in common with military moms

By Lizann Lightfoot My mom is a military mom. . .  but it took a while for me to see... 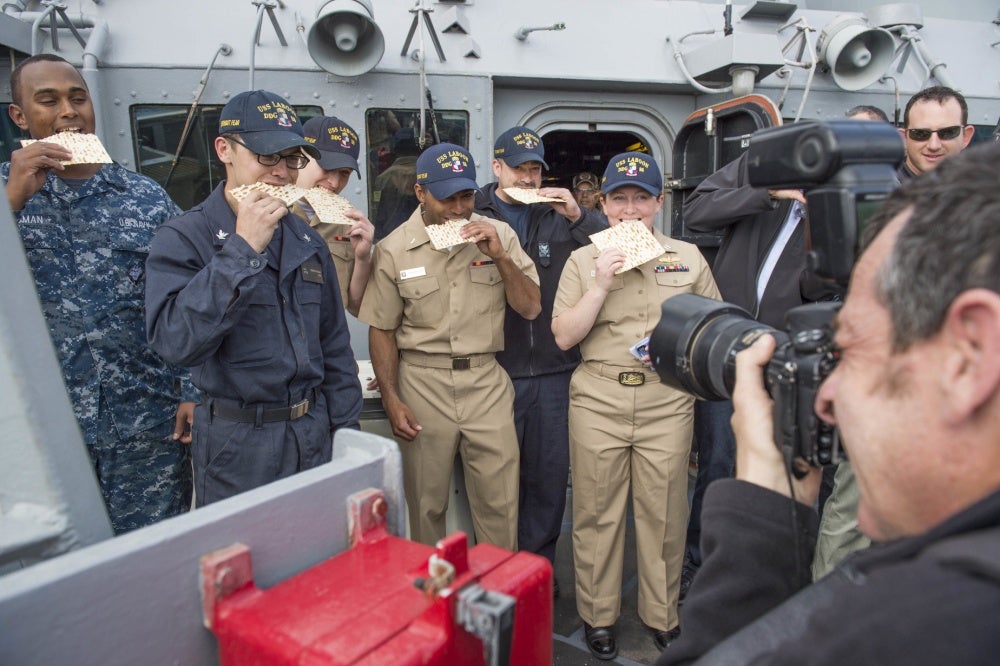 My mom is a military mom. . .  but it took a while for me to see her that way. She has two loved ones serving in the military: her son (my brother) and her son-in-law (my husband). She always speaks proudly of her son-in-law who is serving in the Marines, but it wasn’t until my brother deployed that I began to see her as a military mom: My brother left, and suddenly my mom turned to me with her military questions.

At first, it was a little annoying:“No Mom, I don’t know where his unit is right now. He is in a different branch and stationed on the other side of the country from us.” Or ,“Mom, his cell phone doesn’t work overseas. That’s why he isn’t returning your calls.”

But one day, something clicked. She was asking me about his post-deployment leave: How many days will he get? Should we plan a family vacation?

I realized I have had that same conversation with my spouse during each deployment. I recognized the mixture of emotions in her voice–longing to see him, uncertainty of dates, the joy of planning something for the family. I knew each heart-stopping emotion because I have been there, too.

That’s when I realized how much military spouses have in common with military moms. The military spouse community can be very tight-knit. . .but also very closed. We think of ourselves as the only ones who could possibly understand the challenges of military life. Well-meaning civilian friends simply don’t comprehend the stress of deployment or the way we are forced to change plans based on the needs of the military.

But you know who can understand all that? Military moms. If you are a military spouse, then you may have more in common with your mother-in-law than you think.

During deployment, a military mom is just as eager for a phone call as any military spouse. And she is probably just as glued to her phone.

Like military spouses, military moms struggle to understand the jargon and acronyms their service member uses. And if they repeat it in civilian company, they are used to blank looks.

Anyone with a deployed service member learns the finer points of compiling care packages. Whether it is finding bargain snacks or baking and sealing their favorite homemade baked good, military moms and spouses are all familiar with the inside of the post office.

Christmas in July? Sure. Celebrate birthdays two months late? No problem. Military moms have learned to write holidays and addresses in pencil and never to believe anything until it actually happens.

Like all of us, there are some days military moms just need a hug. They carry the same stress, worries, and emotional burdens as military spouses.

Throughout the day, a military mom automatically calculates the time in another part of the world, whether it is her child’s duty station or deployed country. She may not keep two clocks on the wall, but she knows the difference in her head.

The most patriotic pride comes from those who love service members. That’s why Exchanges have a whole section of t-shirts, car decals, and Christmas ornaments designed for military spouses and moms.

Most military moms know how it feels to be stood up by their service member at some point. They have stayed up late hoping for phone calls or Skype dates. Hopeful moms have set an extra place at dinner, only to get the phone call: “Sorry, it’s gonna be a late night; don’t wait up.”

The best advice for getting through deployments is to stay busy, and military moms have learned that lesson well. They write letters, take up new hobbies, and send care packages filled with homemade goodies–all to make time go a little faster.

Fear for the service member’s safety

Military moms are always thinking of their service member. They dread uniformed men knocking at their door. Their heart stops beating for a moment when casualties are announced on the news. Does that pain sound familiar?

Of course a military mom is a civilian, just like a military spouse (unless they were/are service members themselves). Still, they know how it feels to be misunderstood, ignored, or even judged by civilian friends who don’t understand military life.

The love-hate relationship with the news

Watch the news during deployment? Or leave the TV off? Scan grainy group photos for a familiar face? Military moms know the struggle.

Love for a service member

Like military spouses, military moms love their service member. They knew them before the military. They know all of their quirks and sweeter sides and embarrassing moments. To them, a service member isn’t just someone in a uniform. They’re a family member–someone they love, someone they will always care for, no matter the distance separating them.