What the Proposed Budget Cuts Could Mean to You

Thank you our guest blogger, Sarah Peachey, for the facts and her personal thoughts! Secretary of Defense Chuck Hagel announced... 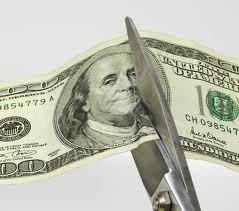 Thank you our guest blogger, Sarah Peachey, for the facts and her personal thoughts!

Secretary of Defense Chuck Hagel announced February 24 that the Pentagon is planning more sweeping cuts with the 2015 Defense budget. This time, Basic Allowance for Housing, commissary subsidies and Tricare benefits are on the chopping block along with extreme troop reductions. For service members and their Families, this is a scary time. We’ve been here so many times before and have been prepared for the rocky road to come. Remember sequestration?

As of now, there are still some questions as to what will happen since Congress has not yet voted on these proposals that will be released March 4. However, here is what we know so far:

• The proposal: Only 95 percent of rental costs will be covered and service members will be required to pay the other 5 percent out of pocket. There will no longer be a stipend in place for renter’s insurance.

• What this means: Your family will be expected to pay the 5 percent and cover your own renter’s insurance. As of now, the 5 percent drop should be implemented over time, rather than all at once, giving Families time to reconfigure budgets.

• The proposal: The military will match the 1 percent pay raise offered this year, but it is unknown whether that will continue in years to come. Civilian employees will also see the 1 percent increase. Some have suggested that general and flag officers would see a reduced raise or even a pay freeze. There is also a possibility of a three-year wage freeze for federal workers.

• What this means: We need to be prepared to not have an increase in pay each year and budget accordingly. According to the Army Times, these are the “lowest pay raises since the end of the draft in 1973 and fall below the estimated growth in average private-sector wages in recent years.” Lawmakers have shied away from reduced pay and benefits in the past, but with the suggestions to alter the Cost of Living Allowance of retirement, it is unclear where they will stand.

• The proposal: An obscene $1 billion will be cut from the $1.4 billion commissary subsidy, but commissaries will remain open and functioning.

• The proposal: We may see increased health care fees for active-duty families and retirees. Secretary Hagel said Monday that Families might be asked to “pay a little more in deductibles and co-pays.”

• The proposal: Reduction to the size of forces across all branches, with the most extreme cuts affecting the Army (as low as pre-World War II levels). Special Operations forces would grow from the current 66,000 to 69,700.

•What this means: The decision to close any domestic installations falls to Congress. This is a difficult decision for Congress as it affects jobs and economics within their state. Installations help bring in a lot of money and employment opportunities, so it is likely that representatives and senators will fight hard for their states.

•The proposal: Fort Bragg, N.C.; Joint Base Lewis McChord in Washington; and Fort Campbell, Ky. would likely face no cuts due to specialized missions. Some other installations may face reductions, much like the entire military, but there are no proposals for closures.

• The proposal: The Air Force will eliminate its entire fleet of A-10 Warthogs, used heavily over the last 13 years in Iraq and Afghanistan, in favor of the new F-35 Lightning II Joint Strike Fighters. They will also retire the entire fleet of U-2 spy planes in favor of the unmanned Global Hawks. The Navy suggests scaling back the Littoral Combat Ship program from 52 to 32 vessels, one of the most controversial cuts. The Navy may keep the entire fleet of 11 aircraft carriers, but if Congress doesn’t raise the current budget caps in 2016, that number may reduce to 10. The Navy may also “lay up” its 11 cruisers, taking them out of deployment and leaving them unmanned. The Army will terminate its Ground Combat Vehicle program to save money and the National Guard will turn over its Apache helicopters to active-duty forces.

•What this means: While saving billions of dollars for the United States government, lawmakers will likely object, as they may lose jobs in their states. Lawmakers are already banding together to save the A-10.

To sum up everything, there are a lot of cuts, but keep in mind these are all proposals. Of this list, only troop reduction is guaranteed, as it is already happening (and may expand further), but everything else is unconfirmed. No one out there is guaranteeing any of this will actually take place. Regardless, it’s frustrating for a number of reasons.

We need to make cuts to the defense budget. I have always said that I will be the first to say there is waste within the military. Have you heard the stories of manufacturers making vehicles and equipment the military isn’t using, but lawmakers continue to say we need them? You’re already seeing it now. The Pentagon wants to fully eliminate the A-10s, saving billions of dollars and replacing them with the F-35. If the Pentagon wants to tradeoff, it probably means they are switching to something better. Yet the lawmakers of states that produce these vehicles and equipment are stomping their feet saying it’s a bad decision.

Change tends to make some people angry, but changing benefits almost always make people angry, and with good reason. If lawmakers choose to reduce BAH, implement co-pays and deductibles, change the commissary to make it more expensive, yet freeze pay raises or stop them altogether, how are Families supposed to cope? It’s difficult to alter budgets to account for so much when you can’t depend on a pay raise.

The government has been tasked with budgeting for centuries, yet it always seems to be done incorrectly. If I am asked to budget to make ends meet in my household, what should I do? I should cut out those shopping trips, nights at restaurants, cable, etc. I take away anything I don’t need to afford what I do need. Yet lawmakers seem to only cut from the budget what won’t cut their votes. The offer is put on the table and lawmakers quickly swipe it off and hope no one noticed.

One article I read said this: “The Pentagon proposed the deepest and most far-reaching cuts to military compensation . . .  explaining that such cuts are necessary in order to pay for more modern gear and high-tech weaponry.” It left me wondering how many service members and their Families agree with that statement. Lawmakers and government officials justify these cuts to benefits by saying, “we’re doing it to make things better for you,” when instead, they are placing additional stress on an already stressed Family. Lawmakers like to say that they will protect active and retired benefits, but don’t forget that they had planned to reduce COLA and came back saying that was a mistake. We’ll see how they vote this time.

We need to keep in mind that these are proposed changes. That means we still have time to contact our representatives and senators and tell them how we feel. We can explain the benefits of our commissary, the health care our veterans served for and were promised and how important our health care is (which we already pay for in part).

Please don’t forget that mid-term elections are this year. If you aren’t registered to vote, do so now. If you want to know who is running in your state, do the research. Look at their voting records and see if they are choosing what is important to you. If they aren’t, consider selecting someone that will. You have the power to influence change of the things that are important to you.

For more on the Department of Defense budget cuts visit The Army Times or Stars and Stripes.

Sarah Peachey is a 20-something journalist from Pennsylvania, finally back in the Mid-Atlantic after voyages to the Deep South and Southwest. She lives with her husband, infant daughter and two furbabies. She began a career in journalism with The Fort Polk Guardian, an installation newspaper, winning three state awards for her work, and now freelances for military spouse support sites. She is an active blogger on MilitaryOneClick and her blog, “Stetsons, Spurs and Stilettos.” She enjoys spending her days on the shooting range or at home with a good book. She considers herself a bookworm, pianist, wine enthusiast and artist.