On a hot Saturday morning in Granite Bay, CA, aspiring winemakers clustered around Thad Rodgers as he shared wisdom from... 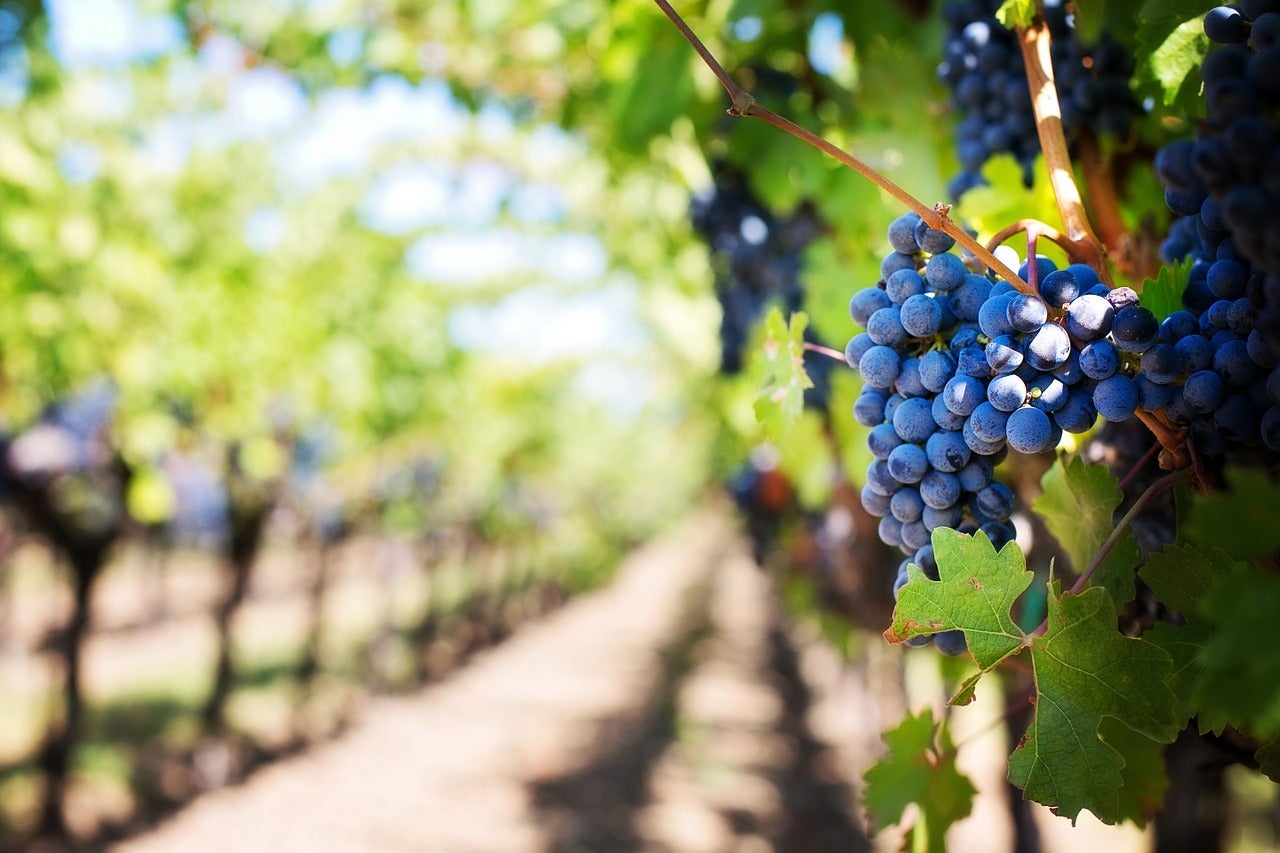 On a hot Saturday morning in Granite Bay, CA, aspiring winemakers clustered around Thad Rodgers as he shared wisdom from his five years making wine. He pulled what’s called a punch, a long metal pole attached to a disk, from a bucket and demonstrated how to “punch down” the fermenting grapes, pushing them around to give the yeast the oxygen they need to grow so they can convert the grape sugars to alcohol.

Other groups at the Sacramento Home Winemakers’ annual Winemaking 101 gathering discussed strains of yeast or watched the paddles spin on a machine that removes stems and crushes grapes. The attentive students carefully took notes to help them find their way. More seasoned members checked in on the demonstrations, glasses of wine in hand, and offered tips.

For Rodgers and others, winemaking has become a hobby they plan their lives around. Rodgers told his group that during the one- or two-week fermentation stage he punches down three or four times a day, and his co-workers know he won’t be around as much. Another veteran winemaker quipped that you know you’re serious about winemaking when you return from work and punch down before pouring yourself a glass.

“It’s a slippery slope,” Rogers told the group. “I’m not even going to say how big my winery is.”

Cindie Gundersen and her husband Dean Yomogida have been making wine for four years and have no plans to stop. “It’s like falling down a rabbit hole,” Gundersen said. It’s fun and gratifying, she said, especially if you’ve put in the hard work to turn out a good wine.

One couple has pulled up the grass in their front yard to plant their own vines. Another man put up makeshift insulating walls and purchased an air conditioner to cool his white wines, which are fermented at around 45 degrees Fahrenheit.

Ron and Kathy Loder hosted the training at their home and vineyard. They planted hundreds of vines to grow tempranillo, barbera, syrah and cabernet franc grapes in the yard that their now-grown sons once used to practice football.

Winemaking gives them ample reasons to hold get-togethers. “Everything you do in wine is a party. It’s very social,” Ron Loder said.

It all starts with the harvest when they have 20 or so friends over to help them pick grapes followed by a potluck. Over the year, they hold similar events when they press the grapes, taste wine from the barrels and bottle the wine.

Novice winemakers usually start by making a red varietal. Reds need to be kept at around 85 degrees Fahrenheit during fermentation and aren’t as finicky as whites.

Tiffany Van Dyke and her husband, Daniel Wong, of Sacramento, began making wine a year ago with the hopes of planting a vineyard on the family property where Van Dyke grew up. In the meantime, winemaking brings the two of them together. “I like that wine is more than a product you consume. It’s community. It’s conversation,” she said.

While all the new winemakers last year made zinfandel, Van Dyke and Wong experimented with different techniques on their batches. Van Dyke tried to ferment one of her batches in a kimchi pot. Those four gallons of wine got too much oxygen and “went straight to vinegar,” she said.

That’s where Winemaking 101 comes in. “It’s like a chemistry project,” Van Dyke said. But she added that like cooking, it’s not entirely a science.

Although the process can be intimidating, Sacramento Home Winemakers helps out by pairing beginners with a mentor. In his pitch to the trainees, Rodgers suggested they find a mentor whose wine they like. He gestured to a table in the shade with 20 or 30 bottles of wine made by members of the group.

“You start with good grapes and you give it a sterile place and you just guide it,” Rodgers said. “If you start with bad grapes, what are you going to get? Bad wine.”

Over the course of the day, the new winemakers learned how to guide the grapes through all the steps: crushing, fermenting, pressing, separating the wine from unwanted solids and aging. They learned about testing the wine’s pH meter, which is important to keep it from spoiling. They discussed titration, a staple of chemistry labs, in which a base is added gradually to find the total acid content of the wine. They also watched a demonstration on using a hydrometer to measure the density of the wine and monitor the conversion of sugar to alcohol.

As the group finished up the training with a potluck, members gathered under a tent in the grass to drink wine, eat lunch and trade tips. One new winemaker pulled out a bag of grapes from his own vines to get advice on dealing with blight. Everyone had a story about a favorite varietal or a batch gone wrong.

Gin Yang-Staehlin estimated that the first two cases, or 24 bottles, of wine cost roughly $400 to make. That includes tools such as the hydrometer, containers to ferment and age, yeast, preservatives and, of course, the grapes.

Usually, Yang-Staehlin said, she makes a batch with at least 400 pounds of grapes. Too small of a batch and it’s more likely to be spoiled by bad bacteria.

To get grapes in those quantities, the winemakers team up to buy grapes by the ton or half-ton from nearby vineyards.

“Northern California is really lucky, we live among some of the best wine grapes in the world,” said Yang-Staehlin. She listed off Sonoma, Amador, Lodi and other areas nearby with vineyards.

Yang-Staehlin said winemaking has brought her one more welcome benefit: It’s helped her get to know her curious neighbors who come to the yard asking if they can help.

“You end up with a lot of friends if you end up making wine,” Yang-Staehlin said. “You have friends you never knew you had.”

How to make wine at home

People who make wine at home geek out over all the intricacies of the process. Here’s how they do it:

Crush: Soon after harvest, the grapes are stemmed and crushed to release their juices. The grapes, grape skins, seeds and juice are called the must and all are fermented to make red wines. For white wines, the winemakers press the grapes first and ferment the juice.

Chemistry: The winemakers first check the sugar content, or Brix, which determines the wine’s final alcohol content. Brix is tested using a hydrometer that measures the density of the juice compared with water. The higher the sugar content, the denser the juice, and as the sugar is converted to alcohol, its density decreases. They also test the acidity of the wine. Wine contains several types of acid. Most of the acid in grapes is tartaric acid, but grapes also have small amounts of citric acid and mallic acid, the acid that gives apples their crispness. Acids give wine its pleasant tartness and balance sweetness and dryness from other compounds. If the wine doesn’t have enough acid, it won’t taste good.

Ferment: Winemakers add the yeast and nutrients to feed them. Just like bakers, winemakers use a freeze-dried culture except they pick their yeast from dozens of varieties based on how well it will hold up to the alcohol level in their wine. During fermentation, the yeast transforms grape sugars into ethanol and carbon dioxide. It usually takes one or two weeks, and during this time, the winemakers “punch down” to make sure the yeast aren’t stuck together and to give them the oxygen they need to grow.

Clarify: The winemakers “rack” the wine to clarify it. As they let it sit, dead yeast and any insects or bits of leaf fall to the bottom. Periodically they siphon the wine off the top and leave the “gross lees.” They add sulfite, a preservative that produces sulfur dioxide, a gas that keeps bad bacteria at bay. The sulfite also makes bisulfite ions that act as antioxidants to protect the flavors in the wine.

Age: Many wines are aged with oak, either in an oak barrel or adding oak shavings or “beans” to the glass or plastic container that the wine is aging in. The oak is toasted, like bread. With a darker toast, the wine picks up smokier or spicier smells and flavors. The oak is also responsible for some of the tannins, molecules that give wine its astringency and produces a dry “puckery” feeling in one’s mouth.

Enjoy: What separates home wine from commercial wine is the luxury to let the wine age until they like the taste. White wines are usually ready within a year, but reds can be aged for several years.

By Carolyn Wilke, The Sacramento Bee