This post is sponsored by The Breastfeeding Shop. Breastfeeding takes determination, a lesson I quickly learned with my second child.... 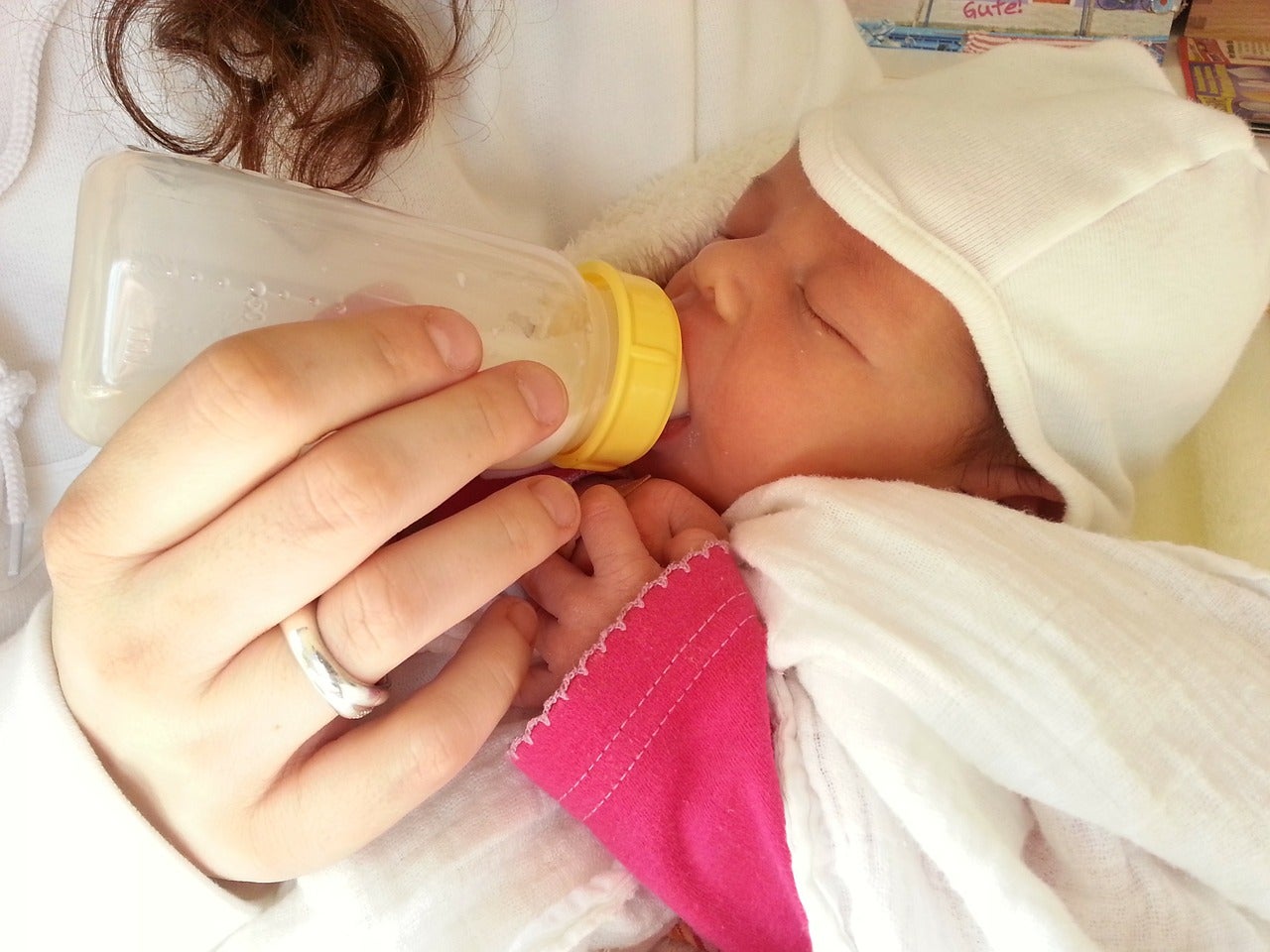 Breastfeeding takes determination, a lesson I quickly learned with my second child. And when it comes to pumping, it’s even more intense. I’m constantly in awe of women who exclusively pump for their children. It takes so much extra time and effort. I’ll admit: Breastfeeding is appealing to me because it’s easy.

Okay. . . maybe not easy those first few weeks, but eventually it’s easier than mixing formula, heating up bottles, and cleaning them. But we all know that not everyone is able to breastfeed as long as they’d like, that some mothers must return to work quickly, and for that, we are grateful that electric breast pumps exist.

Did you know that there is another group of mothers out there eternally grateful to breast pumps?

A few years ago, well before my youngest child was even a thought, I learned about donor milk. This is milk pumped specifically for the purpose of giving it to someone else’s baby. My mind was racing with thoughts. Is this the modern day version of the wet nurse? You know, the woman who fed royal babies and rich babies? Basically, yes.

There are several groups of people who utilize donor milk: Those who need to supplement their own supply, those who adopt or foster, and those who have babies in the NICU or who are critically ill.

But why can’t these babies and parents just use formula?

Most of them can, but breast milk is designed to nurture and grow babies in a way that formula just can’t quite do. Formula has come a long way and is a great and safe way to feed babies, but many parents prefer breast milk, even if it doesn’t come from the them.

“The reason we chose to seek donor milk rather than formula was because I understood the benefits that come from breast milk; important antibodies, lowered risk of ear infections, respiratory infections, gastrointestinal issues, and allergies, ideal nutrition for optimal growth and brain development,” explains military spouse Tabatha.

But, isn’t it weird?

To some, yes. But when you think about it, if the parents are good with it, why should we care? Organizations like the National Milk Bank have set the standard for screening donor mothers. They screen using a blood test, a physician’s note of health, and an application. The National Milk Bank collects donated milk to sell to hospitals for use in the NICU.

Other organizations, like EatsOnFeets and Human Milk 4 Human Babies help connect mothers with local options for donor milk. They sort of act as the middle man, helping to forge relationships but don’t actually collect the milk themselves.

Do people actually do this?

You betcha! I know several women personally who have either donated milk to friends (or strangers!) and women who’ve fed their babies on donor milk. I considered donating milk when I had my third child, but didn’t know of anyone who needed it at the time.

Military spouse Kara Hunnicutt was able to both donate milk and be the recipient of donor milk. “When my daughter got sick, I refused formula for my own beliefs, I found out we could get donated milk. We received over 600 ounces,” she says.

Hunnicutt explained that growing up she was aware of children who needed milk after their mothers died in childbirth and she wanted to help. When the situation presented itself to be a milk donor, she jumped on it. “I wanted to give back and it helped fulfill a sense of purpose that had been there for a long time,” she says.

Hunnicutt was able to connect with people she knew via friendships, local breastfeeding groups, and parenting groups on Facebook. That’s also where Tabatha was able to find most of the donor milk she needed. “In talking to other moms about our struggle to nurse they would offer what they had sitting in their freezers. I had two ladies that were regular donors, giving us thousands of ounces that first year.”

The military community doesn’t have its own donor milk organizations, but through our spouse groups and connections that span the globe, I’ve seen many mothers offer up frozen milk to others. It goes hand-in-hand with the way we continually support each other. Sometimes, it comes down to just asking for help.

“We had 52 donors over 17 months. I am still amazed by that number. These ladies helped my daughter thrive! It’s humbling to ask other to help you nurture your child in a way you wish you could,” Tabatha remembered.

How can you help?

Do you have extra milk? Are you willing to pump for someone else’s baby? Do you need donor milk? Reach out to your local breastfeeding groups, talk to those around you. Answer honestly when someone asks you how you are doing. And, if you can, give back on the other end.