Where in the world are you going? Company surprises travelers with destination

Last year my partner, Andrea, gave me a surprise trip for my birthday. “All you’ll need is your ID,” she... 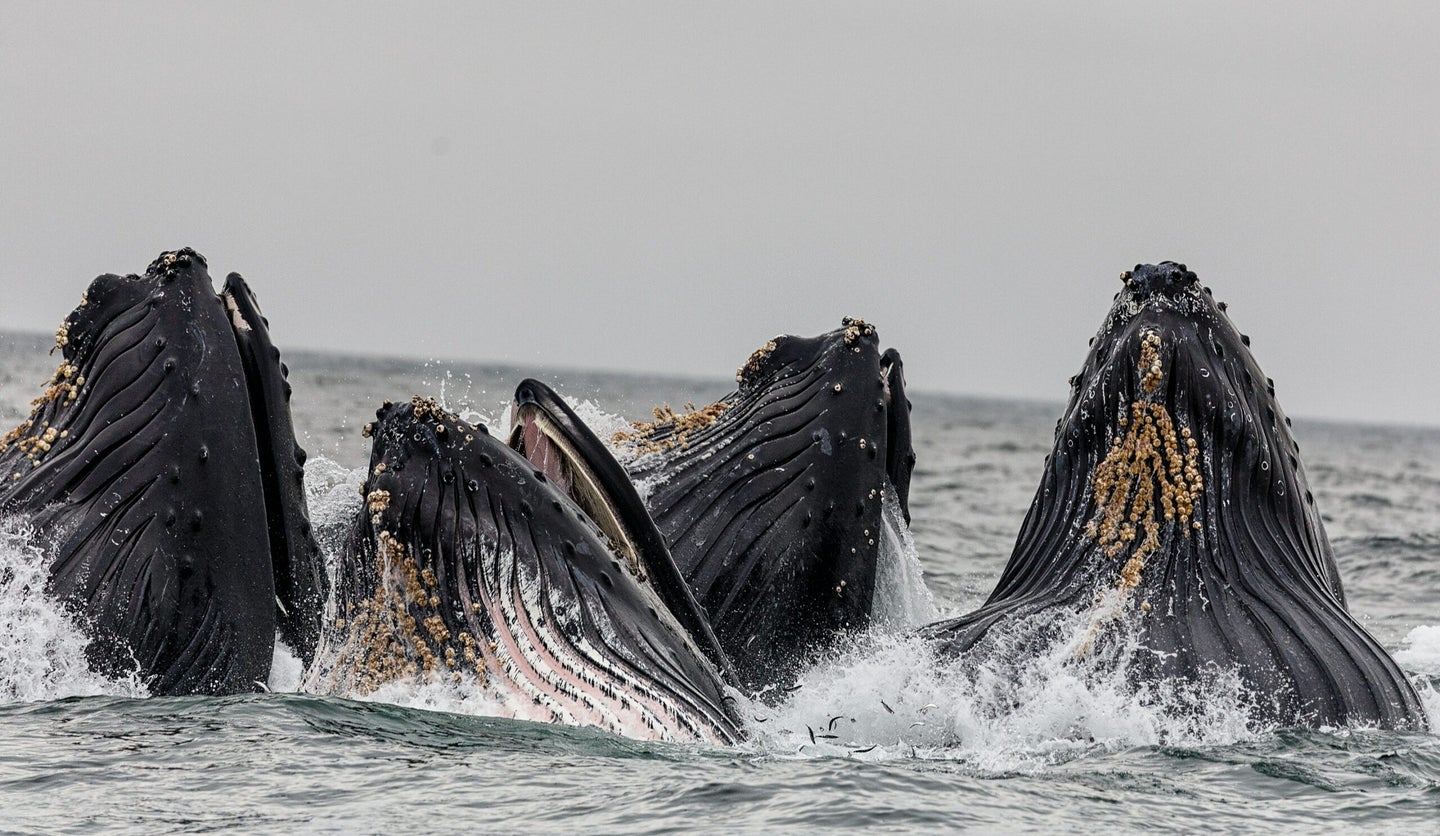 Last year my partner, Andrea, gave me a surprise trip for my birthday.

“All you’ll need is your ID,” she said. “We’ll be back in the same day. And there will be sea mammals.”

I had no idea where we were going until we got to the airport — and onto a plane headed to Chicago.

I had no idea how sea mammals could be involved until we turned a corner on Michigan Avenue and sat down to a terrific Lookingglass Theatre production of “Moby Dick.”

It was so much fun that I decided to return the favor and take Andrea on a mystery trip.

This time, neither of us knew where we were going.

Using the travel agency’s online form, we set a budget and travel dates and checked off boxes specifying things we like (Craft beer? Historical sights? Theater? Spas?). We also let them know we didn’t want Chicago (been there, done that), so they took that out of the running. Then they booked transportation and lodging for a three-day, two-night spontaneous getaway with a curated guide to a mystery city somewhere in the U.S.

The experience is designed so that travelers don’t find out where they’re going until they arrive at the airport.

At the end of September, I placed an order with Pack Up + Go for a trip in early November, specifying that I wanted to spend $850 a person. We told Pack Up + Go that we liked, among other things, museums, outdoor sports, wine bars, cafes and bakeries.

Then began weeks of speculation on our destination that resembled the handicapping on which city Amazon will pick as its new headquarters.

“I bet it’s Austin. Or Denver. Or Boulder,” Andrea said. “I wouldn’t mind Kansas City. Or Charleston. San Diego would be an easy flight. If they put us on a bus to Des Moines, I would laugh all the way down.”

I enjoyed the blissful ignorance of not having to plan a trip, which typically for me involves the anxiety of sifting through too many choices of hotels, restaurants, tourist attractions and flights.

Other people seemed to be fascinated by the idea, which they learned of in conversations that went like this:

Them: “Where are you going?”

A week before our trip, we got an email telling us we needed to get to the airport at 7 a.m. on our departure day for an 8:50 a.m. flight. We were told our digital boarding passes would be arriving by email that morning.

There was also a weather forecast to help in deciding what to pack and a suggestion that we should bring an empty stomach for good food and running shoes for “great running paths around town.”

A couple of days before the trip we got a big envelope in the mail labeled, “Ready, Set, Go! Open for your surprise!” which we kept unsealed until the last moment.

The morning of our departure, we headed to the airport, clutching our still unopened envelope. For people who like to travel with their boarding passes already printed out and their hotel reservation confirmation codes in hand, this part may be a bit of an uncomfortable leap into the void.

But when we got to the airport, the email with our digital boarding passes had arrived on our phones as promised.

We tore open the envelope to find thick pieces of paper printed with our hotel information, ground transportation instructions, a generous but not overwhelming number of suggestions for outdoor activities, neighborhoods to visit and restaurants to try and even a running route map.

A few hours later — Pack Up + Go promises trips with no more than three or four hours of travel time — we descended through the clouds to raw, rainy weather at our destination.

It made me wonder if I should have specified warm weather in our preferences for the trip.

But after using the Pack Up + Go instructions to take the light rail from the airport to downtown, we walked only four minutes to the hotel picked out for us. There was a cheerful blaze in the lobby fireplace to welcome us when we arrived at the Hotel Monaco, part of the Kimpton chain.

With boutique hotel touches such as bathrobes and yoga mats in the room, hula hoops in the fitness center and free loaner bikes, the Monaco did not disappoint. That night, we enjoyed a happy hour next to the fireplace with free local wines and an eclectic mix of fellow guests: knitters in town for a knitting convention and football fans catching an NFL game.

An art museum was within walking distance from the hotel. It was a good activity on a rainy first day in town, especially since the museum had an extensive, 110-piece special exhibit devoted to Andrew Wyeth for the 100th anniversary of the American artist’s birth.

Unless you specify that you want to go on a road trip, Pack Up + Go plans trips where you can get around by foot, public transportation or hired rides rather than renting a car.

The company guarantees that it will cover the cost of lodging and transportation to your destination. But if those costs come under the amount you’ve budgeted, they’ll throw in extras.

For example, in our envelope there was an $80 gift certificate and a 7 p.m. reservation for that first night at Purple, a wine bar and restaurant a block away from our hotel.

Inside the restaurant, we gaped at the bar, which was dominated by a cylindrical, 25-foot-tall tower of shelves containing hundreds of bottles of wine and surrounded by a spiral staircase.

Naturally, Andrea and I both had wine flights. In keeping with the theme of our trip, I opted to “take a chance with this trio of grapes that you probably haven’t heard of,” including a wine from Slovenia and another from the country of Georgia.

When it came time to order an entree, I was going to tell the waitress “You decide,” and surprise me. But the beef short ribs braised in Malbec with crispy polenta sounded too good to take a chance.

The next morning, we were up early for a walk along the bay shore.

The rain had moved on and the sun was rising, tinging the snow-topped mountains in the distance in pink. We wandered through a sculpture park featuring works by Alexander Calder and Richard Serra.

On the way back to the hotel, we walked through the hip Belltown neighborhood, which is filled with shops selling sustainable custom wood furniture and high-end record turntables along with ethnic restaurants such as the Sarajevo Lounge and the Grill from Ipanema.

We stopped for a Pack Up + Go-recommended breakfast in the neighborhood at the high-energy, low-pretension Biscuit Bitch (motto: “Trailer Park to Table”), a friendly cafe featuring hot, flaky Southern biscuits topped with everything from Spam to Nutella. I opted for a simple but lush “Easy Bitch,” a biscuit topped with two eggs, over easy, smothered with country sausage gravy.

Afterward, I tried to work off breakfast with a short run before we took advantage of more extras in our trip envelope: tickets to an observation tower with an expansive view of the city and to an art-glass museum devoted to the works of Dale Chihuly. We got to both via a monorail.

Lunch was back downtown at the Crumpet Shop, located in the farmers market neighborhood, which serves up little round griddle cakes topped with sweet or savory options such as smoked salmon, Marmite, pesto, organic lemon curd or ricotta cheese.

That afternoon, we rode on a giant Ferris wheel near the waterfront and then hopped on bikes. I saw a sign advertising gas at $3.25 a gallon, but bike-sharing systems are cheap and plentiful here.

Three different competing companies offer “dockless” bikes that can be found all over town and can be parked at any destination. You locate and unlock them with a cellphone app with prices starting at $1 a ride. The LimeBike I rented even came with a handy clamp to attach my cellphone to the handlebars.

We biked to the Capitol Hill neighborhood to check out an oddity suggested by Pack Up + Go, an aged pop machine with no apparent owner, parked outside a locksmith shop.

All six selection buttons on the vending machine are labeled “MYSTERY,” so as with Pack Up + Go, you don’t know what you’ll end up with.

We had a better idea of what we were getting at an award-winning Capitol Hill cookie shop called Hello Robin. I recommend their signature “Mackles’more,” which combines a graham cracker and a s’more cookie topped by a chunk of artisan chocolate.

Bushed from biking up and down Capitol Hill, we decided to use some of the $60 in Uber money Pack Up + Go included in our envelope to get to dinner that night.

Jordan, our contact for Pack Up + Go, gave us her phone number in case we had questions over the weekend. Andrea sent her an email asking for seafood recommendations, and in 20 minutes she had an email back with two more restaurant suggestions.

The next morning, we walked through the Pioneer Square neighborhood, a historic old-town district now filled with galleries, cafes and glass blowing studios. Then we headed to Chinatown to check out the Wing Luke Museum of the Asian Pacific American Experience.

The modern gallery space in the museum explores everything from the culinary impact of bubble tea to a “Day in the Life of Bruce Lee.”

There are also some deeply historical parts of the museum building, like a preserved-in-time Chinese wholesale food store, barely altered from the days when there were turtles stored in a tank in the basement, waiting to be served at nearby restaurants.

Near the museum, we saw a line of people waiting outside an unmarked door. We knew it had to be another place that Pack Up + Go had recommended: Tsukushinbo, a tiny, hole-in-the wall Japanese restaurant popular for lunch among local tech workers.

We got in line and had sushi and noodles before catching an Uber back to the airport and our trip home.

If you haven’t guessed by now, the place we flew home from was Seattle.

The Wyeth exhibit was in the Seattle Art Museum. The crumpet restaurant was at the Pike Place Market. And the observation tower, of course, was the Space Needle.