This is an opinion piece that does not necessarily reflect the views of MilSpouseFest. Perhaps you’ve already seen it: A... 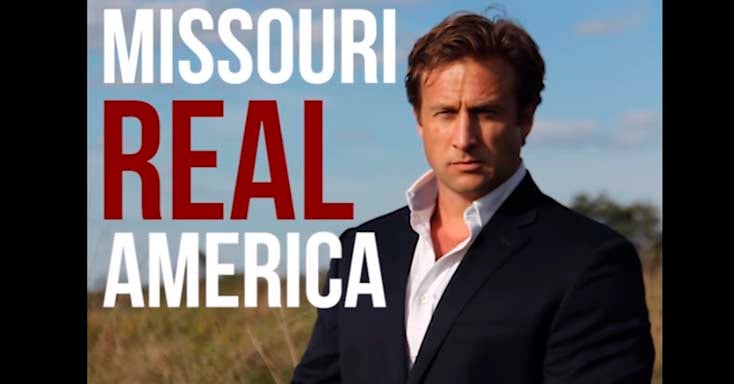 Perhaps you’ve already seen it: A Missouri-residing Navy veteran and US Senate hopeful, Courtland Sykes, posted a statement on his campaign’s Facebook page last week in which he detailed, in very colorful language, how he views the role of women. . . anywhere.

I want to come home to a home cooked dinner at six every night, one that she fixes and one that I expect one day to have daughters learn to fix after they become traditional homemakers and family wives. . .

Though it pains me, I’m going to leave the horrible sentence structure and weirdness of “family wives” alone and jump right to the point. Which is. . . W.T.F.?

And yet, those of us who’ve been in and around the military community for a few months or more probably weren’t surprised. Surprised that a candidate for the US Senate would post the diatribe for all of his potential voters to see? Sure. But we’re not surprised that a man in the 21st Century–and a veteran at that–would actually possess these thoughts.

Military internet trolls, behold your king. He favors popped collars and Blue Steel gazes and claims to have a fiancee named Chanel who he says is completely on board with his plans for her and their hoped-for daughters. (Note to Chanel: Run fast and far. This is the kind of guy who will beat you.)

There is, indeed, a group of men in the country–and in the military and veteran space–who think just as Courtland (or as I like to think of him, “Senator Makemeasammich”). They’re a minority (I hope), and they’re still scratching their heads, wondering why women might want to complicate our lives by venturing into the man’s world. They’re still debating on whether or not they should give us equality.

As if it was ever theirs to give.

Courtland calls us, “career-obsessed banshees” with “snake-filled heads.” And yet the company he founded claims to exist to help the American military “fuse” with diplomats. It doesn’t sound like diplomacy is Courtland’s strong suit, and I can’t see how a man with his views would successfully fuse with women in any workplace.

Sigh. We’d all cry if we weren’t laughing so hard. At some point someone is going to have to tell this guy that 50 percent of his potential voters have ovaries.

Jokes aside (Though there are sooooo many jokes to be made. A cursory scroll down his campaign’s Facebook page is like listening to a greatest hits album from a band named “Douche Canoe.”), a nation at war in Afghanistan for 16 years doesn’t get to pretend we don’t know how Courtland’s particularly dark brand of misogyny ends. Millions in our community have already seen it firsthand for themselves. For the rest of us, here’s a visual:

My husband bought this painting for me while he was deployed to Afghanistan. The artist is an Afghan woman. She told him that she paints scenes like these so that people will see what misogyny wrought there. Sound hyperbolic? Afghan women probably once thought so, too.