Will South Side presidential center serve as the Obamas’ final resting place?

(Photo: Pixabay) Seven U.S. presidents and their spouses have been buried on the grounds of their libraries or museums, beginning... 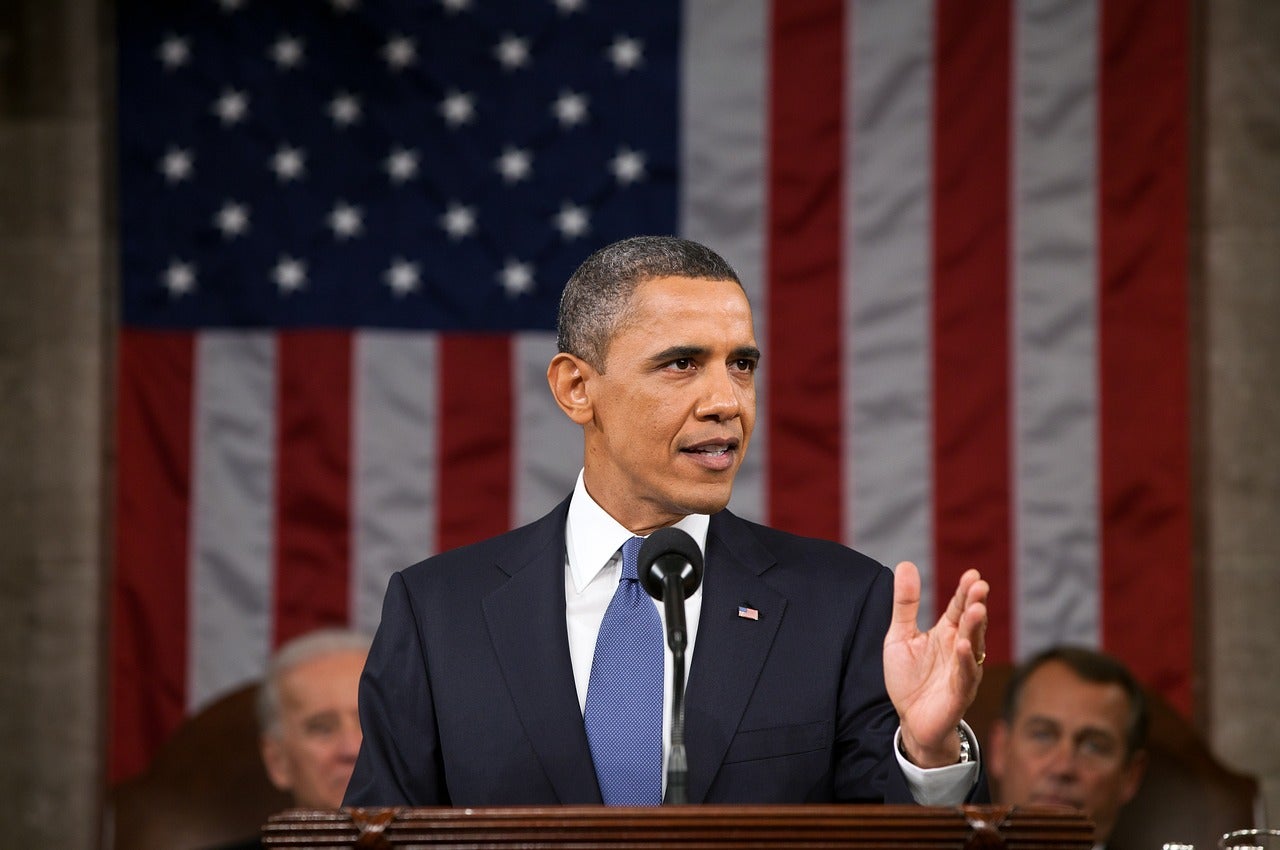 Seven U.S. presidents and their spouses have been buried on the grounds of their libraries or museums, beginning with President Franklin D. Roosevelt. So as planning continues for former President Barack Obama’s library and museum complex in Chicago’s Jackson Park, the question is: Will he and his South Side born-and-raised wife opt to be buried there?

The question may seem morbid to some, or merely too soon given that Obama ended his presidency at the relatively young age of 55. None of the early sketches of the roughly 23- to 24-acre, $300 million-plus Obama Presidential Center that will go up on the South Side indicate a space for a gravesite on the grounds. And the Obama Foundation, the planning and fundraising arm for the library and museum, won’t discuss it.

Experts say having a burial site at a presidential center and museum turns it into a “sacred” place.

“When there’s a burial at a presidential library, that’s a huge thing. It just focuses attention to the site and makes it into a kind of sacred site,” said Benjamin Hufbauer, a professor at the University of Louisville, who wrote the 2006 book “Presidential Temples: How Memorials and Libraries Shape Public Memory.”

Because Obama was the nation’s first African-American president, a burial site on the grounds of his center would be significant, not just to blacks but to others who saw Obama as taking up their cause, from immigrants and members of the LGBTQ community to environmentalists, Hufbauer said.

The presidential library and museum for Roosevelt was built on the grounds of his boyhood home on the Springwood estate in Hyde Park and it’s where the late president and celebrated spouse Eleanor are buried. FDR was president at the time the nation exited the Great Depression and entered into World War II, so military veterans are particularly drawn to the gravesite.

“The fact that his gravesite is here is just the natural conclusion of a lifetime and the life experience that grew out of his youth and value set and experiences he had right here on this land, which does make it special, and it does definitely relate to where he’s from and what he is,” Harris said.

So far, Obama’s funeral arrangements are unknown. Departing presidents are asked to submit those plans as soon as they leave office to the U.S. Army Military District of Washington, the Army’s official ceremonial unit that oversees and coordinates all state funerals. Obama, who has been frequently spotted traveling the world for vacations and humanitarian events since leaving office in January, has yet to submit his burial plans, a spokeswoman with the agency told the Tribune.

Sitting and former presidents are entitled to state funerals but are free to refuse them for a private service. Former presidents and their families have final say over their funeral arrangements, according to experts.

The choice of a final resting place is also up to the presidents and their families to decide. But if they want to create a burial site at a presidential center, it requires careful advanced planning, experts say.

“Presidents and their advisers plan this out long in advance. And usually they (the presidents) choose what is going to happen,” Hufbauer said. “The architects will probably want to be advised if there’s going to be a burial site. They’ll want to integrate that.”

Hufbauer added: “It’s not something they’re going to leave to chance. But if he chooses to do it, probably now would be the time to do it, for the architects to set a special area for that.”

Should the Obamas choose to be buried at the South Side presidential center, the Obama Foundation would first need permission from the state, according to the Illinois Department of Financial and Professional Regulation, which licenses cemeteries.

A gravesite on the grounds of the museum and library, set to open in four years, could serve as a bookend to Obama’s powerful political career, which was born in Chicago.

“You can tell a story anywhere, you can read it in a two-dimensional book, but being in a spot where either history occurred or where there’s some broader context can just enhance our experience dramatically,” said Michael Boulware Moore, president and chief executive officer of the International African American Museum in Charleston, S.C., set to open in 2020.

“I don’t think there’s any question that President Obama will go down as (a) historical president for obvious reasons, but I think as time goes on, he’s likely to look even better and more historical,” Moore said.

Moore, whose own museum will chronicle the history of African-Americans — beginning in South Carolina, where as many as 40 percent of all slaves brought to the country entered through Charleston — said it would make sense for the Obamas to choose to be buried at the presidential center.

“If this museum is sort of the living testament of their values and their interests and their contributions to the world, then I think they would want to be there forever, and by making that connection to that place, then it would add even more power and presence to the legacy,” he said.

John F. Kennedy and Lyndon B. Johnson are not buried at their museum and library centers in Boston and Austin, Texas, respectively. Kennedy, who was assassinated in office, is buried at Arlington National Cemetery, while LBJ is buried on a family ranch in Texas.

Of the five still-living former presidents, Jimmy Carter has been the most vocal about his final resting place, saying he wants to be buried in his hometown of Plains, Ga.. His presidential library and museum is in Atlanta.

Last October, Obama’s predecessor, George W. Bush, announced that he and his wife, Laura, would be buried at the Texas State Cemetery in Austin. His father, George H.W. Bush and his wife, Barbara, have burial plots at his presidential library and museum on the campus of Texas A&M University in College Station, Texas. The Army’s Military District did not respond to requests for information on what, if any, plans Bill Clinton had made.

Obama could choose to be buried in his home state of Hawaii, where he spent most of his young life and where he and his family regularly vacation. He could buck tradition further by becoming the first American president to have his remains cremated.

Kurt Graham, director of the Harry Truman Library and Museum in Independence, said the fact that the site is also where the president is buried strikes an emotional chord for visitors.

“A (presidential) gravesite adds a level of solemnity and reflection that you don’t get from any other sort of exhibit experience,” Graham said. “I can say unequivocally, having the president and his wife buried at the library are an incredibly important part of the Truman library experience.”

Truman is buried beside his wife, Bess, in the library’s courtyard, with his daughter and son-in-law buried a short distance away.

At the Nixon and Reagan presidential museums, visitors treat the gravesites like they would visiting any cemetery, with quiet solemnity.

Reagan Foundation spokeswoman Melissa Giller wrote in an email to the Tribune: “I do think there’s a solemn feeling since President and Mrs. Reagan are buried here. Guests are almost always out at the gravesite paying their respects. Some even bring flowers.”