Women and the Universal Draft 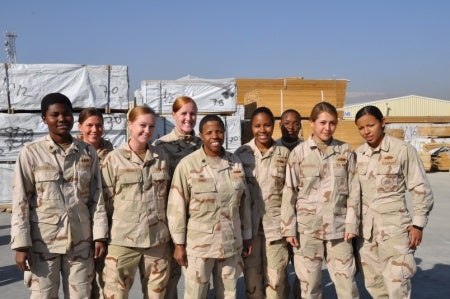 Women and the Universal Draft

Today’s female soldiers, sailors, airmen, and Marines are no longer slotted to so-called traditional roles. In fact, we are likely going to see all combat positions open to both men and women in the very near future. That would mean the Supreme Court argument supporting an all-male draft based on the combat exclusion of females would no longer hold sway.

According to the Director of the Selective Service System (SSS), Larry Romo, the SSS is limited in the ways that it can identify potential registrants. Obviously, the best method is via self-registration but if a person fails to register, then the SSS can identify people via applications for federal student aid and in the 40 states and 3 territories that have passed laws allowing so, via driver’s license applications. This would seem to apply equally to women as it currently does to men. Thus, the basics for a universal draft are already in place.

Then it’s a waiting game. If Congress and the President deem it necessary to authorize a draft, the process would begin. If we decided to initiate a draft of women without having an already available database, an emergency registration could take as few as 42 days, but at a greater cost than if women had previously registered with the Selective Service. Without an emergency, a build up of a database of female registrants would take about a year.

Adding females to the database would mean more than doubling the potential pool of draftees. A 1998 report from the General Accounting Office (GAO) estimated that “registering women would add approximately 14.4 million names and addresses to the estimated 13 million men’s names and addresses in the SSS database.” Thus a universal draft could mean that we rely on younger draftees overall as the pool for each year group would more than double.

Individual registrants cannot ask for exemptions until after a draft has been authorized. This means that all citizens would have to register regardless of their potential exemption later in the process. If they did not register, they would have to give up certain benefits. For example, if men fail to register in today’s Selective Service, they cannot qualify for federal student aid, apply for federal jobs, nor become US citizens if not already one.

Once a draft is authorized, a lottery determines who will be considered first. Current law determines that men whose 20th birthday falls that year will be called to visit their draft boards before all others. Assuming the same for women, those who are 19 about to turn 20 would be given lottery numbers. The system would continue to pull the next year group until the required amount of draftees were met. The plan is to progress from registrants turning 20 to 25 years of age before turning to 18 years olds. According to the Selective Service website, those who are 18 years old would likely not be called in a future draft.

After a lottery number is given, a registrant is called to report to their local selective service board. It is only at this point that a person could request an exemption. The often talked about conscientious objectors would register their protest to serving in the military and would be offered an alternative service program. It would be assumed that women would be afforded this same status. But many of the assumed exemptions no longer exist. For example, during the Vietnam War, college students were given deferments if they were full-time students. Today’s draftees would be allowed to finish their current semester of study and then be drafted. A system that drafted both men and women could potentially be a brain-drain of sophomore and junior year university students.

Another assumption is that sole surviving sons and brothers would not be drafted. This is only the case if their parent or sibling died as a result of US military service or was captured or missing in action. Congress would need to decide on the exact rules for sole surviving daughters and sisters or if the law would be changed to address the sole surviving child or sibling.

[Tweet ” Only 32% would actually vote against women serving in combat.”]

Congress is bound to face some opposition against a universal draft that includes women as well as men but it seems likely that the majority of Americans would support such a change. A January 2013 poll conducted by Gallup showed that the largest opposition to women serving in combat came from people 50 years and older. Even then, the number was not a majority, only 32% would actually vote against women serving in combat. The last time Gallup polled Americans on drafting women, it was more than a decade ago, so the numbers are less telling. But there was an interesting distinction – while a high percentage of those 50 and older supported drafting women, a lower percentage were likely to support women in combat. They supported a draft only if women could serve in supporting roles.

That begs the question on what path Congress will take if they include women in the draft. Will they hedge their bets and attempt to draft women only to fill certain career fields and, if so, will that law survive the likely court cases bound to be filed on the basis of inequality?

For many, the question is mute. There is a strong belief that the draft will never make a reappearance, even if the Selective Service survives. But as President Obama adds time to our commitment to Afghanistan and troops find themselves deploying for the third, fourth, and fifth times in support of a conflict that defies traditional definitions of war, we may find that our nation struggles to recruit quality soldiers, sailors, airmen, and Marines. With so many potential conflicts on the horizon, it is impossible to predict what our nation might need to do next.

Those who want to err on the side of caution would advise that we keep the Selective Service intact. If we do so, should we deny our nation the best and the brightest simply because they might be women?