By J.G. Noll Tiffany Smiley, the wife of Scotty Smiley, an Army platoon leader who was wounded in Iraq in 2005... 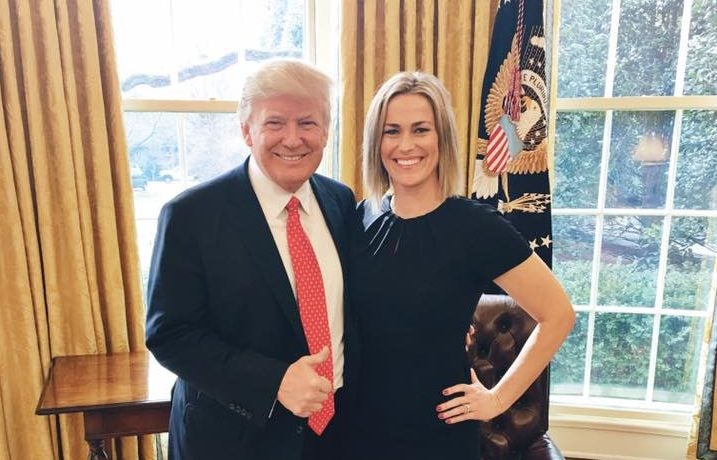 Tiffany Smiley, the wife of Scotty Smiley, an Army platoon leader who was wounded in Iraq in 2005 and left blind, met with President Trump at the White House on February 8. The visit happened during what was billed as a veteran’s listening session on the VA attended by health care executives but not prominent veteran’s service organization representatives or veteran’s advocates.

Smiley describes herself as a “wife of a wounded veteran, a mother, nurse, an entrepreneur, caregiver, advocate, news contributor and follower of Jesus.” She has appeared on multiple news outlets and is a blogger and an inspirational speaker.

Speaking with reporters after the meeting Smiley said that she was there to bring her perspective “from the ground level of the changes that need to be made in the VA.” She mentioned a number of times that she is hopeful for “real change” for both veterans and their families, although she did not elaborate on any specifics of what that change might entail legislatively or budget-wise. Her website does not outline her advocacy aims.

Smiley later described the meeting with the president to FOX News as “surreal” and said that while she stood in the Oval Office “it was a moment of feeling that our sacrifice, for everyone who served this country, was worth it.”


Smiley met with others including White House adviser, Kellyanne Conway, and Vice President Mike Pence.
﻿J.G. Noll is the Editor of Military One Click and a veteran’s spouse. She can be reached at joanna@militaryoneclick.com.