Jack Coleman is living proof that homelessness can strike at any time in someone’s life. Coleman grew up in Los... 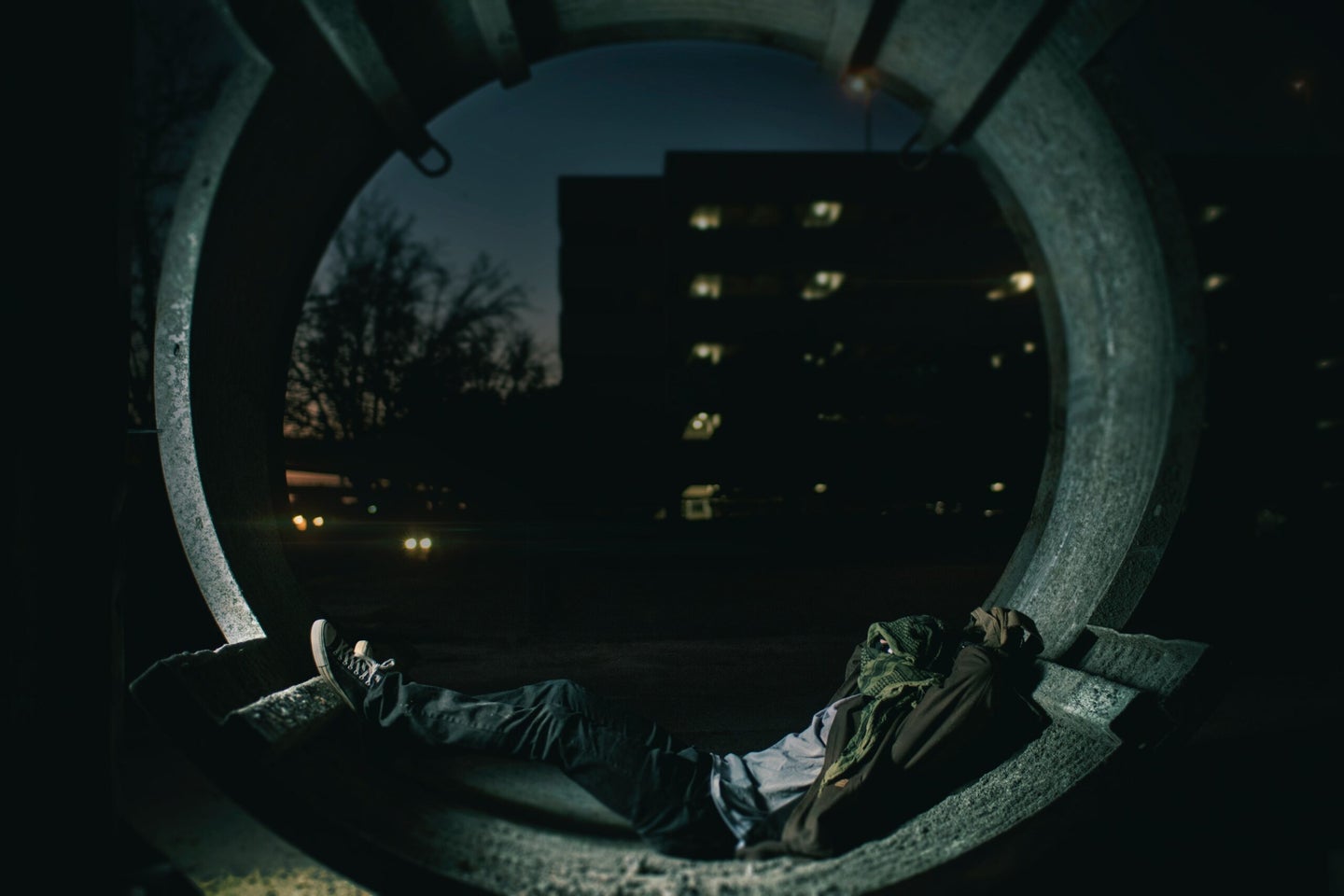 Jack Coleman is living proof that homelessness can strike at any time in someone’s life.

Coleman grew up in Los Angeles and joined the Army in 1965 after the Watts riots there that year made it hard for a young African-American man like him to get a job.

He spent 27 years in the Army, initially serving in a supply station during the Vietnam War.

After the war, while still in the military, he earned a college degree in business with the Army’s financial assistance.

In 1981, in his early 30s, he was diagnosed as HIV-positive and watched many of his friends die of AIDS. He would become one of the longest-surviving HIV patients, but the diagnosis was devastating and “changed everything,” he now recalls.

After leaving the service with the rank of master sergeant, he worked for years in retail sales at high-end department stores in New York City. But eventually he was declared disabled because of his HIV status and deemed eligible for federal benefits.

At age 56, he began using crack cocaine with a close friend. He became an addict, he says, after not even being a drinker or smoker his entire life.

For several years, his life spiraled downward into what he today refers to as the “darkness.” Out of money, he walked for 3 ½ days from Atlanta, where he had been living, to Birmingham, Alabama, to enter an in-house drug-rehabilitation program. He spent two years there, under the assistance of the Veterans Affairs Department. About 10 years ago, he moved to Seattle to be closer to a sister.

He stayed for several months before moving to an apartment for a time and then to San Francisco and Salt Lake City.

In July, Coleman returned to Seattle, again to be closer to family.

Having never forgotten the kindness of The Salvation Army, Coleman says, he went back to them for help. By happenstance, he was initially assigned to bed 84.

“That was kind of karma. It was like it was meant for me to be there,” Coleman says of The Salvation Army,.

After experiencing some difficulties finding a place to live, Coleman began working with a Salvation Army case manager and, in his words, “Everything started falling into place.”

The case manager, who enlisted the help of other agencies, went to great lengths to help, according to Coleman, steering him to a housing complex called The Reserve at SeaTac.

He qualified for subsidized housing through the U.S. Department of Housing and Urban Development’s Section 8 program.

Among those she contacted was a veterans organization that helped Coleman obtain furniture.

Throughout the process, Coleman says, The Salvation Army’s approach wasn’t, “What can we do for you?” Instead, he says, the question was, “What is your goal?”

“I learned something about The Salvation Army,” he says. “Everybody that walks through their doors, they care about. They have emergency beds, shelter beds. Nobody is turned away. Everybody gets a case manager … It’s almost like you’re the only person in the building … they care about you individually.”

Besides housing, Coleman says, there is staff to help deal with drug addiction, jobs, schooling and mental-health counseling.

“The Salvation Army has a centurylong tradition of serving veterans, beginning with World War I,” said Major Phil Smith, director of Seattle Social Services. “These men and women have given so much of themselves, and sometimes find that they need support from others. The Salvation Army responds with that support locally and across the country. It is our mission.”

Shortly before his 70th birthday, Coleman moved into a studio unit at The Reserve on Sept. 29, using his military pension and disability money to pay his share of the costs.

Washer and dryerCatering to residents age 55 and older, The Reserve provided all his needs, Coleman says.

It is close to Sound Transit’s Link light-rail station, allowing Coleman, who has bad knees and uses a walker at times, to travel to the Beacon Hill station and catch a bus for a short a ride to visits to the VA health-care complex

His room is comfortable, with a kitchen. Utilities are included. He has a TV and pays extra for added channels. But his most prized possession, he makes clear, is the washer-and-dryer unit in his apartment.

The Reserve hosts potlucks and movies, among other social activities. There is a library, a pool table and a computer room. Residents play cards and dominoes.

Other veterans live at the complex.

“I wouldn’t have gotten this if it hadn’t have been for The Salvation Army and the people that work there,” he says.

The key to The Salvation Army, Coleman tells others, is its emphasis on providing stability.

It also holds people accountable, with reasonable rules, while providing a wide-ranging support system, he says.

For those living in a Salvation Army facility, Coleman says, “you don’t feel like you’re alone.” They provide clothes and toiletries and “they stay with you every step of the way,” he adds.

“It’s an organization where they get it,” explains Coleman, who says he has been sober for about 12 years.

“The Salvation Army to me has basically really done their homework to find out what the need is for homelessness,” he says. “Because there’s so many reasons for people to be homeless … If there are 300 men that lived there, there are 300 stories.”

In a world where the homeless can feel like “throwaway” people, The Salvation Army provides hope, he says.Everyone is made to feel important.

“The Salvation Army does it right,” a grateful Coleman says.

By Steve Miletich, The Seattle Times