Online. Vocational. Academic. Bachelors. Associates. For-profit. Non-profit. Private. Public. When it comes to education, there are so many choices—which is an awesome thing, especially for military spouses who have unique obstacles and situations! 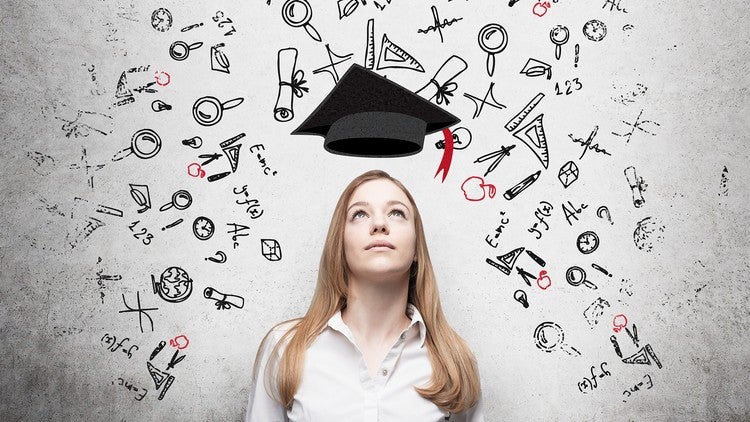 Online. Vocational. Academic. Bachelors. Associates. For-profit. Non-profit. Private. Public.
When it comes to education, there are so many choices—which is an awesome thing, especially for military spouses who have unique obstacles and situations! However, more choices mean more research. It means figuring out which programs and schools fit all of your needs. That can be a lot to juggle, especially when you’ve already got a ton on your plate. Today, we’re looking at the differences between private, public, and for-profit higher education institutions, and what those differences mean for you.

Private
Private non-profit institutions, sometimes called independent, are ones that are able to set their own policies and goals. Unlike public higher education, they are not beholden to the state or federal government’s budget. Instead, they are funded privately—often alumni donors. Private colleges and universities are diverse in their degree programs, opportunities, and sizes. If you’re interested in going to a school that is backed by a particular religious group—for example, a Catholic or Methodist school— or you want to attend an all-women’s school, you’ll be attending a private institution.

While private schools often come with a very high tuition price tag, they also are known for offering substantial scholarships and grants. It varies from school to school, but you’ll want to sit down with a financial aid officer and go through all of your options—including all of the financial help the school itself can give you.

Public
Public non-profit colleges and universities were founded by the state (or sometimes federal) government to offer affordable higher education to its citizens. Public institutions are funded by stated and federal tax dollars and are overseen by boards and trustees. Public colleges and universities have in-state and out-of-state tuition differences and their tuition increases are tied into the budgetary issues of the state and federal government (after all, that’s where they receive a substantial amount of funding from).
While public colleges and universities are typically seen as the gigantic flagship institutions of their state (think Florida State University or the University of Alabama), every state has smaller public schools as well. Just like a private college, public institutions may also offer scholarships and grants to help ease the price of tuition.

For-Profit
A for-profit school is one that is run to generate a profit. Simply put: the school is selling a product (education) to a consumer (the student). For-profit schools have shareholders and operate as a business. Just like public and private schools, for-profits can operate online or have physical locations. Many colleges and universities that advertise on TV and online are for-profit as they have marketing budgets that allow them to reach out through mass media.
Many for-profit schools do not have entrance requirements and offer flexible schedules for working students and parents. Because for-profit schools are a business, they can go into bankruptcy and close much more easily. This happened recently to Corinthian Colleges—and left thousands of students stranded without a way to finish their degree programs. For-profit schools also have a reputation for aggressively seeking military members and spouses for their degree programs and not always delivering ethically with seven of the top eight schools that receive GI Bill funding under federal investigation.

Accreditation
Accreditation is a mark of the school’s educational worthiness and it’s something you need to know about regardless of the type of school you attend. Accreditation is a long process that every school in the country must go through every few years to prove their ability to effectively educate students.
There are two kinds of accreditation: national and regional. It is important to make sure that your school is regionally accredited if you’re attending an academic program. If you need to transfer schools, most schools will accepted credits from regionally accredited colleges and universities; however, you might lose credits (and thereby lose money) if your school is nationally accredited or isn’t accredited at all. National accreditation is usually for vocational programs. If you attend a non-accredited school (and those do exist—be careful!), you will most likely have a very difficult time gaining extra certifications or even being hired for a job in your field.

When it comes down to it, you need to make the best decision for yourself, your career, your budget, and your family. There are so many variables when it comes to schools that only through your own research will you find the best option for your particular situation. And we’ll keep talking about different career and educational opportunities here, too—you’re not alone in your journey!