You’ve bought an Instant Pot. Now what do you do?

Joining a cult has never been on my bucket list. The word makes me think of things that make me... 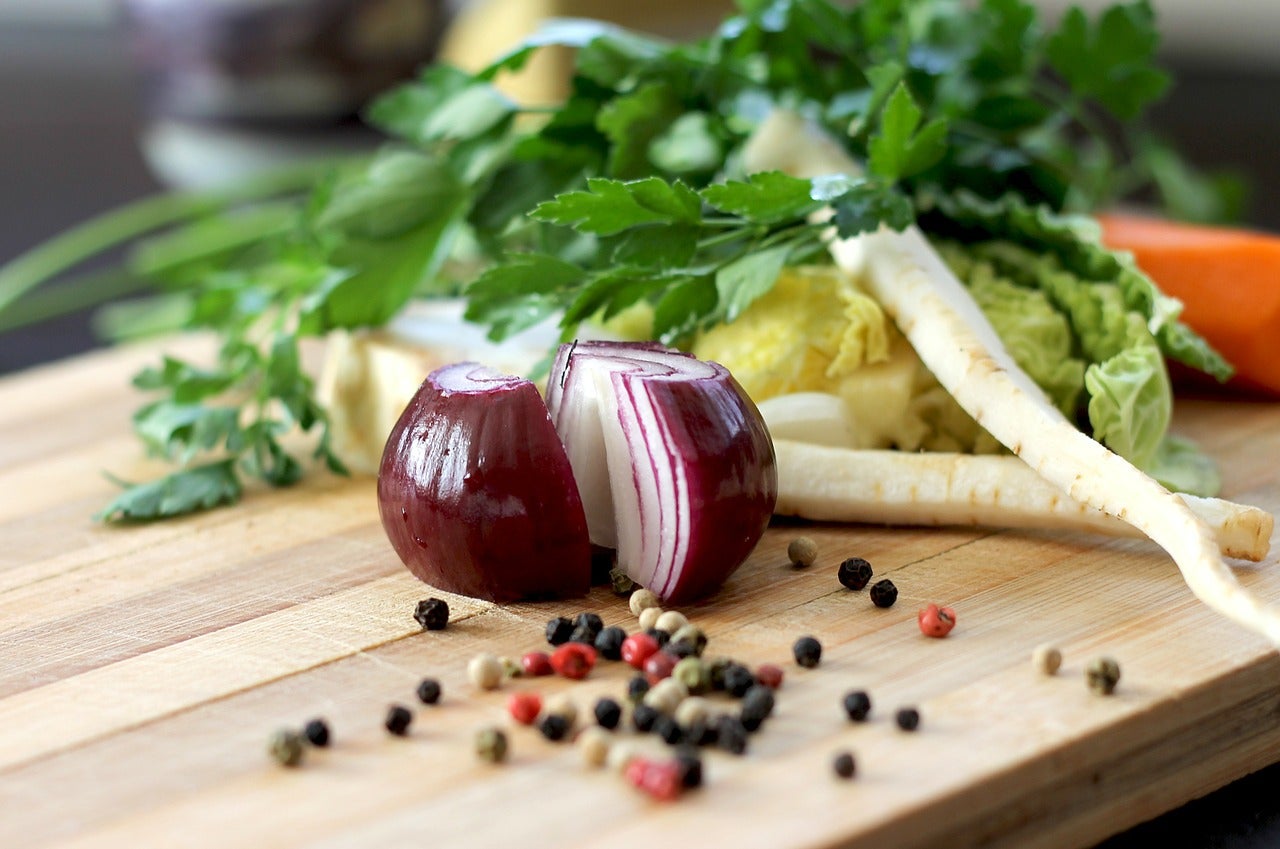 Joining a cult has never been on my bucket list. The word makes me think of things that make me shudder, like Charles Manson, Beliebers and my mother’s disapproving side eye.

And yet … the Cult of the Instant Pot tempted me. The speed and versatility of the multicooker, and similar appliances made by other brands, have taken the cooking world by storm. It may well be the biggest thing since sliced bread, which, by the way, you can make in about 20 minutes using a clean metal coffee can.

Some of the Instant Pot’s most ardent fans confess in online forums that they have mastered ways to sneak multiples into the house without alerting their spouse, including the new “mini” 3-quart model. You might hear similar stories waiting in line to microwave lunch leftovers as cult members — that is to say, your in-the-know co-workers — compete to learn whose genuinely enticing dinner remains took the least amount of time to fix.

Still, my ability to resist the urge to buy one of these ubiquitous do-everything devices made me feel righteous. I already had a top-of-the-line slow cooker, a rice cooker, a stove-top pressure cooker and a husband who believes there is no more room in our house for kitchen toys.

But on July 11, I surrendered, just as many of you did. It was Amazon Prime Day and the online retailer again slashed prices for one-day deals. Social media was abuzz with debate over whether to dip a toe in the Instant Pot waters and get a relatively basic 6-quart model, or go all in with the 8-quart 7-in-1 Multi-Use Programmable edition.

It was almost 10 p.m. when I saw that New York Times food writer and prolific cookbook author Martha Rose Shulman had joined the fray, asking Facebook friends for guidance on which model to buy. If Martha’s life could be improved by owning an 8-quart Instant Pot, clearly mine could, too.

I know I’m not the only one to feel this way.

Many highly regarded cookbook authors are getting on board, too. Melissa Clark, author of the bestselling “Dinner: Changing the Game,” recently announced that it will be followed in October by “Dinner in an Instant: 75 Modern Recipes for Your Pressure Cooker, Multicooker, and Instant Pot.”

Durham, NC, cookbook writer Kathy Hester anticipated this trend. In January, she published a new collection, “The Ultimate Vegan Cookbook for Your Instant Pot: 80 Easy and Delicious Plant-Based Recipes That You Can Make in Half the Time.”

She acquired her first Instant Pot after finishing the “The Easy Vegan Cookbook” in 2015.

“I didn’t plan right away to write a cookbook for it,” she says in an interview. “I just wanted something to play with, and I loved it.”

Hester, who also has written books about preparing vegan fare in a slow cooker, sought advice from colleagues who are experts in pressure cooking. Testing recipes with two Instant Pots and a multicooker from another manufacturer, she was soon offering tips to users who visit her Facebook group.

“People love talking about their experiences with the Instant Pot,” says Hester, who is finalizing her next cookbook, which will focus on air fryers. “There are a lot of great tips out there, but really, the best way to learn how to use your Instant Pot is by using it often.”

I’m still in the honeymoon phase, so I happily use my Instant Pot at least once a week. Though huge, it has earned prominent shelf space in my kitchen. I marvel at the quick work it makes of stocks and beans, which taste as if they’ve simmered all day. And while some may snicker at the yogurt setting, it might be my favorite. I’ve made delicious (and inexpensive) batches of Greek-style yogurt several times, reserving the drained whey to make sourdough bread even more tangy.

Raleigh lawyer Dean McCord, who writes about food for Walter Magazine, rightly sings the machine’s praises for cooking ribs, which need just a quick char on the grill after pressure cooking yields meat that is falling-off-the-bone tender.

“I could go on for hours” about how much he likes the appliance, McCord shared via Facebook. Additionally, “It is the absolute best for making hard-boiled eggs that are easy to peel. Life changing!”

Here’s McCord’s method for cooking the eggs: Pour 1 cup of water into the Instant Pot inner bowl and insert the steamer rack. Set for 6 minutes on low pressure, then immediately release pressure when done. “Plop into ice water” to chill, he recommends. “After (making) dozens and dozens, we haven’t had a single egg that was hard to peel. I think the pressure makes all the difference.”

“Our favorite thing to make is a goat and okra curry, but we use it for lots of things, including Cuban-style black beans,” says Turnbull, who offers her recipe. “I usually make this on the slow-cooker setting, but the pressure cooker saves my tail when I forget to plan for supper.”

Tips for your Instant Pot

I was so stunned by my first big blunder that I didn’t have time to capture the moment. It took two people and several bath towels to contain the gushing mess after I dumped not one, but two pitchers of water into the empty machine. I had left the inner cooking pot in the sink.

“I can’t tell you how many people have done that, including me,” says Kathy Hester of Durham, author of “The Ultimate Vegan Cookbook for Your Instant Pot.” To prevent such mishaps, Hester keeps the lid upside down when not in use, forcing herself to check the inside of the machine before loading ingredients.

Hester shares tips for getting the best out of your multicooker, and even tricking it to do things some people claim it can’t.

To help you get started, Hester offers a vegan queso dip so irresistible that it just might replace the calorie-dense version popular at game day parties. Additional recipes can be found on the Instant Pot tab of her blog, Healthy Slow Cooking.

Don’t be afraid of pressure cooking

Your mother or grandmother may have terrified you with tales of exploding pressure cookers, but they are much safer today. Still, stay close by the first time you try the pressure setting, and use caution when venting the pot to release steam. Manual release allows steam to escape quickly, an essential step to avoid over-cooked rice. Natural release allows the machine to decrease pressure gradually during a stay-warm cycle.

Yes, you can cook fresh vegetables

You can “trick” your Instant Pot to not overcook fresh produce. Using the pressure setting, enter 0 minutes for the cook time. This allows the machine to come to pressure, at which point you flip the manual release to halt cooking. Be careful about opening the lid as there may be residual steam, but inside you’ll find tender-crisp vegetables.

There’s a reason it locks shut, and that’s because it’s crazy hot in there. “With very few exceptions, I always use natural pressure release,” Hester says. “It’s safer, and it gives me more time to drink wine and read a book on the porch.”

Your deskmate may boast about cooking steel-cut oats in 3 minutes, but he’s not counting the time it takes to get up to pressure and come back down. Still, that’s hands-off time, which is a lot simpler that standing by the stove and stirring for up to 30 minutes.

If you cook a lot of savory and sweet recipes, considering getting a pair of color-coded gaskets. “There’s nothing like cooking your morning oatmeal and having it taste like last night’s curry,” says Hester, who knows from experience. After cleaning your Instant Pot, set the lid upside down so the gasket can dry fully.

Hester’s book includes a timetable for cooking various ingredients, but beans are tough to judge. Older, dryer beans will take more time than fresher beans. If they are not sufficiently tender at the end of the cycle, add a splash of water, close the lid and set it for a few more minutes.

If your finished dish is too wet, restart the Instant Pot on the sauté setting. “Sometimes, when we use an appliance, we forget the basic things we’d do on the stove,” Hester says. “Just cook for a few minutes, stirring until the excess water is evaporated.”

Add the cauliflower, water, carrots and cashews to your Instant Pot and cook on high pressure for 5 minutes, then carefully do a quick pressure release by moving the valve to release the pressure. Or add to a large saucepan and cook on the stove over medium heat until you can pierce the carrots easily with a fork.

Pour the cooked mixture into a strainer over the sink and drain the extra water.

Put the drained mixture along with the nutritional yeast, liquid drained from the canned tomatoes, smoked paprika, salt, chili powder, jalapeño powder and mustard powder into your blender.

Scrape out the blender contents into mixing bowl and stir in the tomatoes and green chilis and any other veggies you’re adding in.

Serve at room temperature or keep warm in a slow cooker.

Reprinted by permission of Kathy Hester from “The Ultimate Vegan Cookbook for Your Instant Pot” (Page Street Publishing, 2017).

From Elizabeth Turnbull and Roberto Copa Matos of Old Havana Sandwich Shop in Durham, who make this recipe at home. It can be doubled to make a larger batch. It’s not essential to soak the beans overnight, but be sure to use more liquid if you don’t.

Using the sauté setting on the Instant Pot, heat the oil. Add the onion and sweet bell pepper. Cover loosely with the lid to sweat the onions until they turn translucent, about 3 to 5 minutes, stirring often so they don’t burn.

Stir in the garlic and cumin until fragrant. This is known in Cuban cooking as the sofrito, which forms the foundation of most Cuban beans and sauces.

Add the rinsed black beans and water or broth, ensuring that the liquid level is about 2 inches above the beans. Stir well to mix all ingredients.