On Friday, folks living in Washington State looked up in the sky and saw. . .  a gigantic, outlined phallus.... 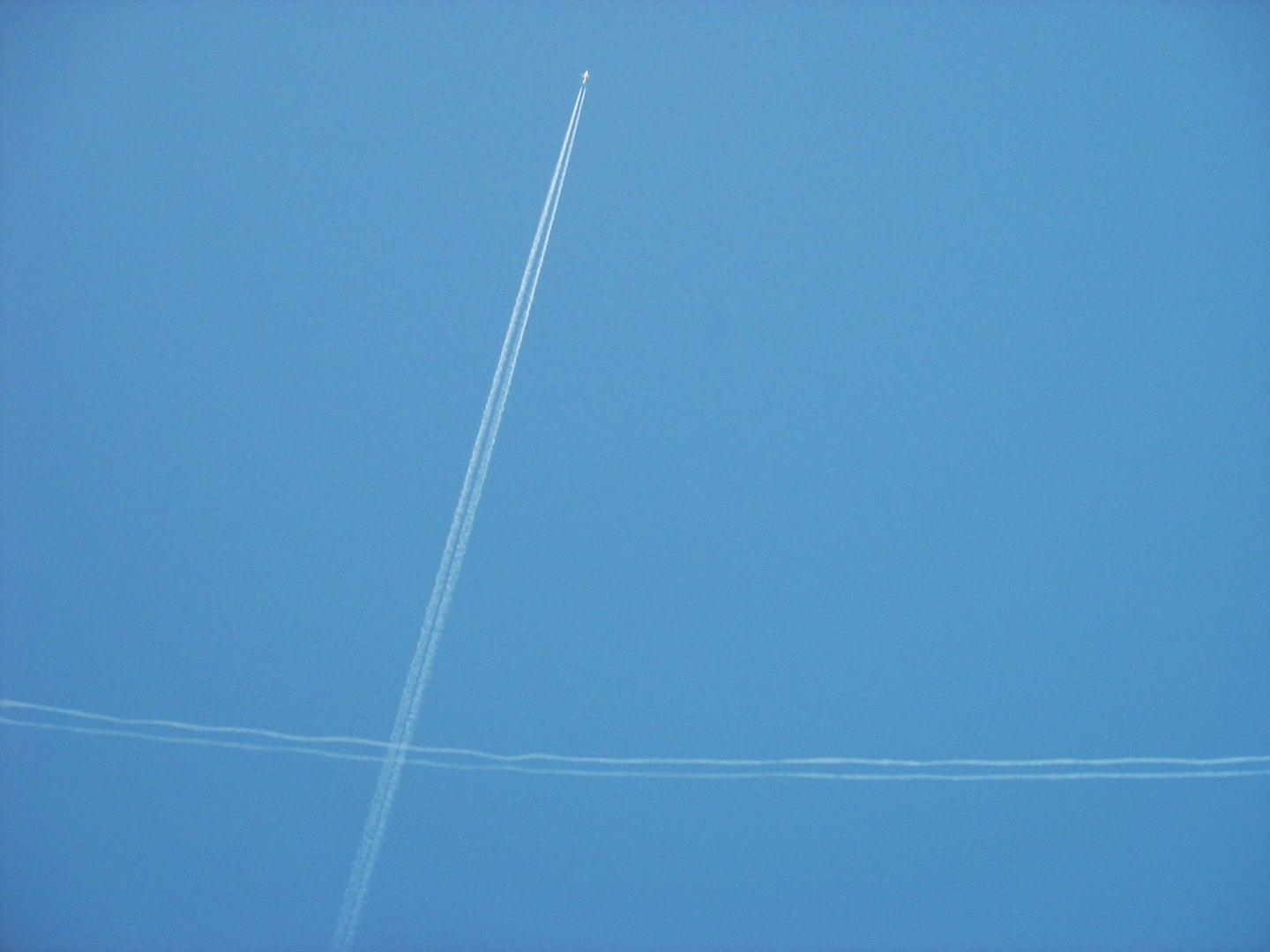 On Friday, folks living in Washington State looked up in the sky and saw. . .  a gigantic, outlined phallus. The Navy later confirmed that it was drawn by the crew of a Boeing EA-18G Growler from NAS Whidbey Island. While it upset a few parents, confused some, and humored others, the drawing did not pose a threat or risk to the public, according to the FAA.

Predictably, the internet lit up, with #NavyPenis trending on Twitter. (While some debated the morality of the event, most just added to a chorus of jokes, no matter how sophomoric.) We’ve collected some of those tweets because, why not?

1. Here’s a conversation that pretty much everyone who knows someone involved with flight and the military wanted to (or did) have

[pilot draws a penis in the sky]

My brother in the Air Force: No.

Me: You’ve disappointed us all.

The thought of a man in central Washington staring at the sky for five minutes as it gradually dawns on him that a jet is drawing a contrail penis is the only thing keeping me going at this point.https://t.co/6MKcQ4srNM pic.twitter.com/R3IK43wU6w

3. Just because we all thought it, doesn’t make it any less funny

If he isn’t discharged, that’s one sailor who will never have to buy a drink at a Navy bar again.

“You know the sky penis? Yeah, that was me.”

4. There are the folks who want the book thrown. . . and then there are folks like this

We loved the Sky Dick. Please go easy on the pilot.

Awww yes the rare sky penis, found in nature to be the most elusive of the peni family. Only seen on rare occasion in mid November, sadly ,it’s only mating season. #navypenis

When I drew this cartoon last month, I had no idea that this month it would become reality: #NavyPenis pic.twitter.com/IFB8SZ6fPx

8. Some jokes just write themselves

If you’re going to lose your job , this is what you would hope it’s for. #navyPenis pic.twitter.com/M0aCk0vZS1

10. Yep. That’s definitely what it is

No, no it’s an arch to heaven atop an infinity symbol. Ok fine it’s a #navypenis. https://t.co/axmYQ2rNM9

Get your minds out of the gutter. The pilot was simply a fan of Schoolhouse Rock! #Navypenis pic.twitter.com/BTttckKEs3

Was the sky the first to pass out early at the frat party? #navypenis https://t.co/KueKLRDUDE

14. We know this isn’t how it happened, but it’s still funny

I wish I could turn back time to Halloween……I would have been the Navy Penis. #legend #navypenis pic.twitter.com/Jl44emNqc9