A mother says these patriotic lights honor her soldier son. Her HOA says they're a violation

The leaders of NATO's Enhanced Forward Presence battle group in Poland honored Polish firefighters on Monday for their response when a U.S. Army Stryker armored vehicle caught fire at the end of January.

The Stryker burst into flames on the side of a road outside the village of Gorzekaly, in northeast Poland near the Lithuanian border, on January 28. Its crew was able to pull over but unable to put out the fire and instead called local emergency responders.

Firefighters from the nearby town Pisz arrived and extinguished the fire quickly enough to prevent the vehicle's total loss, according to an Army release, which said there no injuries and damage was limited to the engine compartment.

"We sincerely appreciate the fire chief's professionalism and dedication to duty," Gallo said. "We are excited to continue to build relationships like this one with the local community during our deployment to Poland."

"On public roads, we have never had to deal with vehicle fires, of course some kind of accidents but never fires," said Lt. Col. Pawel Pienkosz of the fire brigade. "We were just doing our jobs; we will do it for you every time." 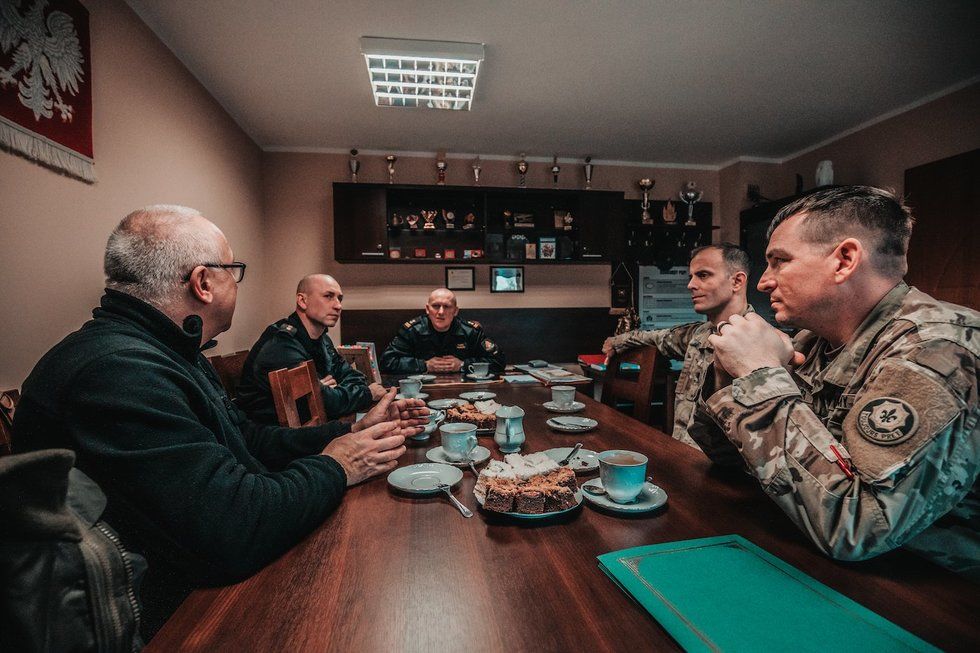 The NATO battle group replaced the Stryker with a new one from Vilseck, Germany, headquarters of the 2nd Calvary Regiment, to which the Stryker was assigned.

NATO's enhanced forward presence battle groups were set up after Russia's 2014 annexation of Crimea to show the "strength of the transatlantic bond" and provide training opportunities.

The Stryker fire wasn't the 2nd Calvary Regiment's first incident during a NATO operation. During a June 2018 exercise, four of the regiment's Strykers collided during a road march in Lithuania, injuring 15 U.S. soldiers.