A push is underway to declare Camp Hale, the Colorado birthplace of the 10th Mountain Division in World War II,... 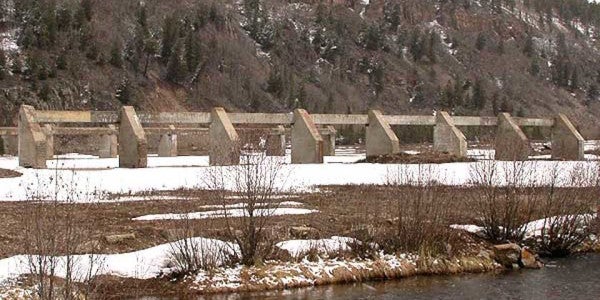 A push is underway to declare Camp Hale, the Colorado birthplace of the 10th Mountain Division in World War II, as America’s first National Historic Landscape.

According to the Vail Daily, the designation would be a part of the proposed Continental Divide Wilderness and Recreation Act, which would create three new wilderness areas in the region and expand nearby existing wilderness areas.

Camp Hale is already on the National Register of Historic Places, the paper reported.

The landscape designation would lead to the camp falling under the management of the U.S. Forest Service, according to the Aspen Daily News.

The 10th Mountain Division trained at the camp in central Colorado from 1942 to 1945.

Related: Army Captain Gives Everything She Has To Earn A Coveted Decoration »

The division’s soldiers fought in multiple major offensives in Italy, such as attacks at Mount Belvedere and Riva Ridge.

After the war, veterans of the division played a large role in developing the ski industry around the country.

The division had multiple relocations after World War II before deactivating in 1958.

The Army relaunched the division at Fort Drum in 1985, where it has been ever since.

In recent months, the current division has made new links with its birthplace.

In October, the 10th Mountain Division formally linked with the Colorado National Guard’s 1st Battalion, 157th Infantry as a part of an Army’s Associated Units program, which pairs active and Guard units.