A 173rd Airborne Brigade soldier who assaulted two Italian police officers, breaking one officer's teeth, was given a suspended one-year... 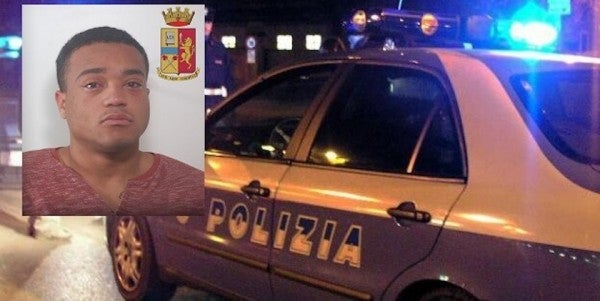 A 173rd Airborne Brigade soldier who assaulted two Italian police officers, breaking one officer's teeth, was given a suspended one-year jail sentence just hours after he was arrested.

The soldier, identified by Italian media as Keshaun T. Ross, 21, was released to the brigade after he pleaded guilty Thursday and was sentenced in the Vicenza court.

Brigade officials confirmed the soldier's sentence and status but declined to provide his rank, confirm his name or discuss whether the incident spelled the end of his military service.

According to local media, Ross was at a local strip club early Thursday morning when he “totally flipped out,” according to Il Giornale di Vicenza.

Strip club security called police, hoping that Ross would calm down when he saw the police vehicle's flashing light, the Giornale said.

“Instead, all hell broke loose. As soon as Ross saw one of the policemen exiting the vehicle, he assaulted him and punched him in the face, breaking one of his teeth.

“The soldier seemed possessed,” the newspaper continued. “Not even the pepper spray could stop him. Only after a hand-to-hand fight, the policemen succeeded in handcuffing him and putting him in their vehicle. But not even the vehicle escaped the soldier’s violence. He heavily kicked and whacked it,” the Giornale said.

Ross, represented by a local lawyer, pleaded guilty later Thursday morning to injury, insult and resistance to public officials. He was sentenced to a year in jail, which the judge suspended on condition that Ross commit no further crimes.