Spencer Sutton, one of two New Orleans police officers who were arrested and fired following an off-duty fight with a... 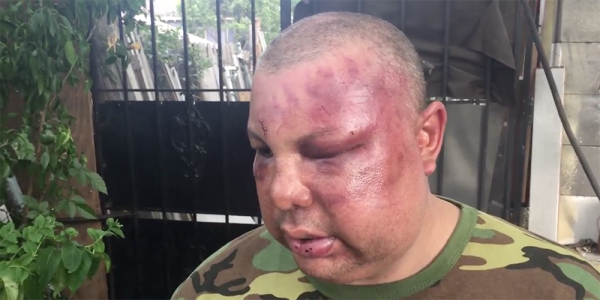 Spencer Sutton, one of two New Orleans police officers who were arrested and fired following an off-duty fight with a Mid-City bar patron early Tuesday, claimed to not remember what had happened when questioned by investigators, according to newly available court records.

But the records indicate that both officers, Sutton and John Galman, were implicated by eyewitnesses and surveillance footage as the aggressors in a confrontation with Jorge Alberto “George” Gomez, who was hospitalized for his injuries.

Sutton, 24, and Galman, 26, had initially been released on their own recognizance after they were jailed Tuesday on counts of simple battery. But during a hearing in front of Orleans Parish Municipal Court Judge Steven Jupiter, their bails were raised to $1,500.

The two defendants entered the courtroom through a back entrance not accessible to the general public, pleaded not guilty and began making arrangements to post bond so that they would avoid being jailed again.

However, the simple battery counts on which the defendants were booked do not fall under a list of crimes for which state law prohibits recognizance bonds.

Sutton and Galman were rookie officers who had not yet completed their probationary period when the force completed the process of firing them Wednesday.

The new court records confirm that Galman instigated an argument over Gomez’s military record at the Mid-City Yacht Club, a bar on South Saint Patrick Street.

As the argument escalated, Galman struck Gomez with “an opened hand and fist,” and Sutton landed blows as well, according to the court records.

In an interview, Gomez offered more specifics, saying Galman confronted him over the camouflage clothes that Gomez was wearing.

According to Gomez, Galman described himself as a Marine and demanded to know if Gomez had served in the military, at one point asking Gomez if he was even “American.”

Gomez described himself as a U.S. native raised in Honduras before returning to live in New Orleans. He speaks Spanish as well as English with an accent, and he said he served in Louisiana's Army National Guard, though Galman wouldn't accept that answer.

A military official said Wednesday that there are records showing a man named Jorge Alberto Gomez served with the Louisiana National Guard. The official didn't immediately comment when asked whether the birth date of the Gomez in their system matched the one on the police report.

Late Tuesday, an attorney for Galman, Claude Schlesinger, said that Galman argued Gomez was the aggressor and had waited for the off-duty officers to leave the bar before confronting them.

Other law enforcement sources familiar with the officers’ version of events said they were defending themselves from Gomez, who attacked them with a walking stick, which Gomez acknowledged using because of back problems.

New Orleans police said they haven’t ruled out more serious counts than simple battery, which is a misdemeanor. In a statement, police said investigators were still examining whether the case “meets the elements of a potential civil rights violation,” suggesting hate crime charges were still possible.

Cannizzaro also said his office would closely review evidence to determine whether the misdemeanor counts should be “accepted or modified.”

Gomez’s face on Tuesday afternoon was still swollen, bruised and pockmarked with cuts and scabs when he met with reporters. He was taken to the hospital by paramedics after his accused attackers called 911 to report the incident, officials have said.