Here Are The 2 Most Eligible Veteran Bachelors In The World

Normally when you think of eligible bachelors, you think rich, handsome actors, royalty, or real estate moguls, not congressmen. But … Continued 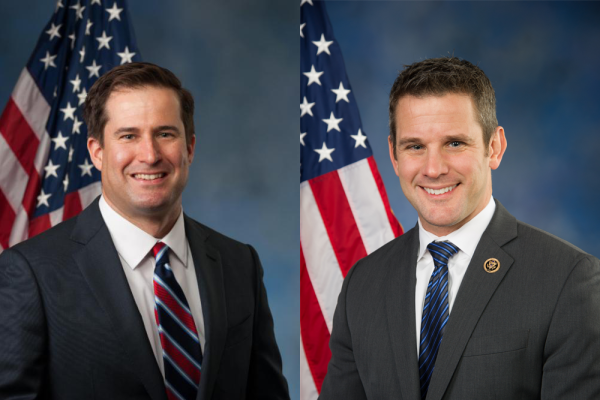 Normally when you think of eligible bachelors, you think rich, handsome actors, royalty, or real estate moguls, not congressmen. But when it comes to military veterans Adam Kinzinger and Seth Moulton, you might want to make an exception. Town & Country magazine certainly did when choosing them as the only two veterans in its 50 most eligible bachelors of 2017.

Kinzinger, a Republican from Illinois, served in the Air Force since 2003 as a pilot, flying KC-135 Stratotankers. He’s somewhat of a black sheep in his party, vehemently opposing Donald Trump as the Republican nominee for president, and the Conservative Review gave his voting record an “F” for being too liberal.

Politics aside though, he also made The Hill’s “50 Most Beautiful People” list in 2011.

Moulton, on the other hand, is a Democrat from Massachusetts. He served in the Marine Corps from 2001 to 2008, with four tours in Iraq. In the two day Battle of Najaf against the militia of Muqtada al-Sadr in 2004, he put himself in harm’s way to save his platoon, which was pinned down under heavy fire. His bravery garnered him the Bronze Star Medal.

He’s got bravery, beauty, and brains. Between his Iraq tours, Moulton earned his master's degrees in business and public administration in a dual program at Harvard University.

Who knows how long they’ll be eligible though. Maybe some lucky ladies will find them on Tinder in the DC metropolitan area.