Two female Infantry officers have completed U.S. Army Ranger School and are scheduled to be awarded the coveted tabs during... 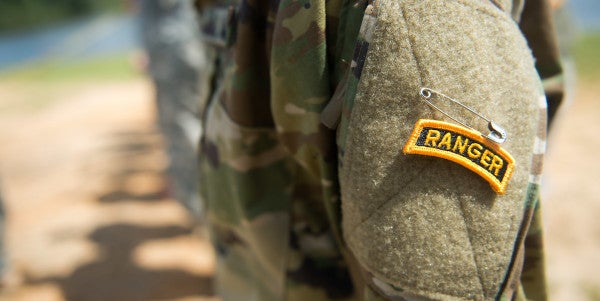 The Army did not release the names of the women, who will be among 119 soldiers to receive their tabs this week. The Army did confirm that they were both graduates of the Infantry Basic Officer Leaders Course.

“The Maneuver Center of Excellence focuses on training leaders every day through an array of professional military education and first-class functional training that results in increased readiness in the operation of the Army,” said Ben Garrett, Fort Benning spokesman. “We provide our soldiers with the necessary tools, doctrine and skill set so they are successful once they arrive at their units. This success is built on the quality of our instructions, professionalism of our instructors and the maintaining of standards in everything we do. The Ranger Course is an example of that commitment to excellence.”

They are the first women to complete the Army’s most demanding combat training school in almost 17 months.

Capt. Kristen Griest and then 1st Lt. Shaye Haver earned their tabs on Aug. 21, 2015, becoming the first women to graduate from school, which is conducted in four phases, the first two at Fort Benning, then in the north Georgia mountains and the Florida panhandle swamps. Army Reserve Maj. Lisa Jaster graduated in October of that year.

Griest, Haver and Jaster were among 19 women who started the course in April 2015 at Camp Rogers on Fort Benning. Previously, Ranger School had been open only to men. After Haver and Griest graduated, the school was opened to all soldiers — male or female — who qualified to attend.

It is important moment and will lead to a time when there are now men and women, but just Ranger School students, said Jaster.

“Capable women are raising their hands to attend Ranger School,” she said. “Once they make it through RAP (Ranger Assessment Phase) week, I do not see why the graduation percentages would be any lower than males who attend the same preparatory events.”

The opening of Ranger School to all soldiers came about the same time then Secretary of Defense Ashton Carter officially opened all military jobs, including combat positions, to qualified men and women. Much of the training for those jobs in the Army is done at Fort Benning.

In October of last year, 10 women graduated from the Infantry Basic Officer Leaders Course at Fort Benning. They graduated with 156 men. The expectation for those who graduate from IBOLC is to attend Ranger School, which can be completed in about 60 days if a soldier goes straight through without having to repeat a phase.

“The April 2015 Integrated Ranger School class might have been the only time women would be allowed into that course — no one knew for sure,” Jaster said. “Therefore, every female soldier who wanted to try, thought she could, and met the basic criteria for attendance and threw their hat in the ring. Therefore, there was a mass push in April 2015. People who are attending Ranger School now knew the opportunity was open and could attend when it was right for them.”

That changes the game, Jaster said.

“For the newest graduates, they were still in training,” Jaster said. “With time, this will just be part of Ranger School. As women branch combat arms or are assigned to combat units, they will train for, attend, and then graduate from Ranger School.”

That will make the Army better, Jaster said.

“I cannot speak for Kris and Shaye, but I know that Ranger School prepares leaders for combat roles,” she said. “It's a test of capacity and capability. Each female graduation is currently a singular and significant event. But, each female graduate went through the same grueling school as each male graduate. Integration success is when we stop counting the women and focus on the quality of military leader the school produces.”

Griest and Haver, now a captain, both have transferred branches since Ranger School graduation and are assigned as Infantry officers with the 82nd Airborne at Fort Bragg, N.C.