An Army AH64 Apache helicopter crashed about 1 a.m. Saturday during pre-deployment training operations at the National Training Center at Fort... 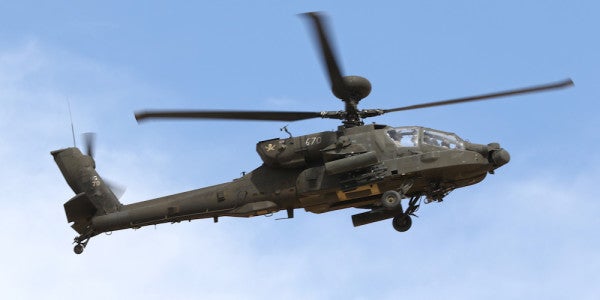 Both soldiers were assigned to the 4th Infantry Division in Colorado. Fort Irwin is in San Bernardino County outside Barstow.

Names and service information for the deceased are being withheld pending next-of-kin notification, said Brandy Gill, a spokeswoman for Fort Carson in Colorado, where the division is based.

“Our heartfelt prayers and condolences go out to their families and friends during this difficult and painful time. The loss of any soldier truly saddens everyone here at the Mountain Post and it is a tremendous loss to the team,” George said.

The cause of the accident was under investigation.

As soon as additional details become available, they will be provided, Gill said.

The sprawling training center at Fort Irwin hosts live-fire training scenarios for Army units from around the country.

Often they stay there for weeks, using artillery and tanks brought in by rail and truck.

Many of these units come to Fort Irwin for their final training before deployment overseas.