Two soldiers died and six more were injured, two critically, in what’s being called an accident at Fort Jackson, the... 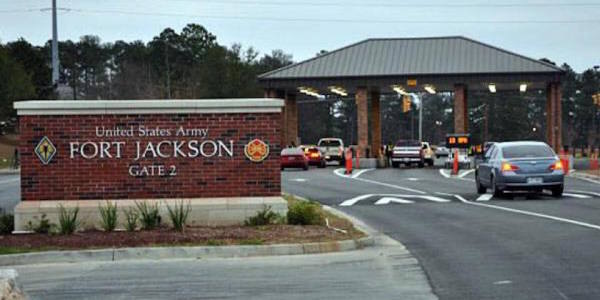 The Friday afternoon incident involved a military vehicle and a troop formation, according to garrison public affairs officer Pat Jones, who said the injured soldiers were immediately evacuated to an off-post hospital.

The incident occurred in the training areas of Fort Jackson, rather than the public areas, according to public affairs officer Mike Pond.

A military vehicle struck the soldiers while they were in formation, according to The Associated Press. No details were given about the type of vehicle involved.

The cause of the accident is being investigated by Fort Jackson officials, said Jones, adding if there was criminal activity or intent to harm that will be determined by the investigation.

The former chief of staff at Fort Jackson said he has been told the incident was an accident.

“There’s no indication at this point that it’s anything other than an accident,” said Dan Beatty, now chairman for the Military Affairs Committee with the Columbia Chamber. “I’ve been working very closely with officials at Fort Jackson and they are taking the appropriate steps and doing outreach. Their priority is taking care of the injured soldiers and the fallen.

“They are reaching out to their families and have launched an investigation.”

The names of the soldiers who died won’t be released until their families are notified.

After 7 p.m. Fort Jackson’s Twitter page reported that the families had been notified.

“If you haven't heard anything you and your Family have not been affected.”

Kevin Shwedo, another former Chief of Staff at Fort Jackson, didn’t know about the incident before being contacted by The State newspaper, but offered his perspective.

“Usually the first reports you get from an incident are inaccurate, but the worst thing anybody could do would be to speculate,” said the retired colonel who now is the chief of the Department of Motor Vehicles, is the civilian aid to the Secretary of the Army in S.C. and led flood relief efforts in 2015.

Fort Jackson’s commander issued a statement about the incident.

“Our hearts and prayers go out to the families of the soldiers we lost today and to the families of the injured, they represent the best of our nation and we will endeavor to support all those affected through this difficult time” said U.S. Army Training Center and Fort Jackson Commander Maj. Gen. Pete Johnson.

“Our prayers go out to the families of these young, brave soldiers,” Benjamin said. “The citizens of Columbia and the Midlands have a close personal affection and deep respect for our Fort Jackson family. When they are in pain, we are in pain, too.”

“My prayers & condolences go to the soldiers killed or injured and their families at Fort Jackson today. The military community is with you,” Wilson wrote on Twitter.

“We are forever grateful for their sacrifices – and those of their families. We ask that everyone keep the six service members who sustained injuries in their thoughts and prayers in the days ahead,” Joe Wilson tweeted.

Fort Jackson is the Army’s largest training installation, with more than 50,000 recruits assigned there each year.

This isn’t the first fatal incident reported at Fort Jackson.

An 18-year-old recruit died after a training march in August 2009. In July 2016, a sergeant first class died after collapsing at the end of a physical fitness test.