The man charged with killing two soldiers, who officials say were trying to protect a woman at a remote Lake... 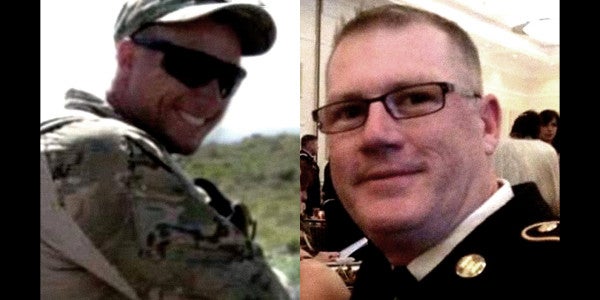 The man charged with killing two soldiers, who officials say were trying to protect a woman at a remote Lake Murray bar, said in court Monday that he was chasing a girl who grabbed drugs and took off running.

Joseph Elijah Mills, 25, of Little Mountain, is charged with two counts of murder, and a judge on Monday would not let him out of the Lexington County jail. Mills told the judge he was sorry for what happened, but he thought he was “being lynched” by people who interceded.

A U.S. Army spokesman would not name the soldiers but said that one was a Guardsman assigned to Camp McCrady on Fort Jackson and the other was an Army active duty soldier.

Lt. Col. Cindi King, spokeswoman for the S.C. National Guard, said Judge joined the Guard in 1994. He was a staff sergeant, and is survived by a son and a daughter, the spokeswoman said.

Judge deployed to support Operation Iraqi Freedom in 2004-05, King said. He was an engineer instructor at the McCrady Training Center in the 218th Regiment Leadership Command, S.C. Army National Guard.

Judge’s commander at the training center, Col. Renita Berry, said his fellow soldiers were shocked and saddened at Judge’s death. “He was an outstanding instructor who served with great dedication and enthusiasm and demonstrated unwavering commitment to his peers, his students and this organization every day,” Berry said. “He will be missed tremendously.”

Brig. Gen. Van McCarty deployed with Judge in 2004, and described him as a “soldier’s soldier.”

Prins, a sergeant first class, is survived by a wife and three children between 3 and 9 years old, the coroner said.

The soldiers “were acting as good Samaritans when they were shot,” said Capt. Adam Myrick, spokesman for the Lexington County Sheriff’s Department. The Facebook page for the club, Frayed Knot Bar & Grill, had posted that the two men were trying to help a woman who fled into the business. The bar is in northern tip of Lexington County near the Newberry County line.

The arrest warrants state that Mills physically assaulted a woman and that several bar patrons – including the soldiers – separated him from her. He then shot them with a handgun, according to the warrants.

Myrick said officers are interviewing dozens of witnesses. “We continue to look into what role, if any, a few persons of interest had in the incident,” Myrick said. “ But we are not actively searching for other suspects after the arrest of Joseph Mills.”

The incident was captured on video surveillance, warrants say. The State has submitted a request for the footage but has not yet received it. Officials declined to say if the shooting happened inside or outside the bar.

Judge Arthur Myers, a Lexington County magistrate, denied bond for Mills at a hearing Monday afternoon. When asked if he understood the charges against him, Mills said, “Not really.” He also said he had not spoken to a lawyer by the time of the hearing.

Mills tried to tell his story to the judge, who reminded him multiple times of his right to remain silent.

“I’m very sorry about what happened,” Mills said. “I never meant for it to happen like that. I was being lynched by eight people because I was chasing a girl who grabbed drugs off the seat and took off running.”

The Frayed Knot closed Sunday after the incident. According to its Facebook post, it will reopen Wednesday morning.

Mills is scheduled to appear in court Nov. 9.