2 US Soldiers Killed In Firefight With Islamic State In Afghanistan

Editor’s Note: This article by Richard Sisk originally appeared on Military.com, the premier source of information for the military and veteran community. Two... 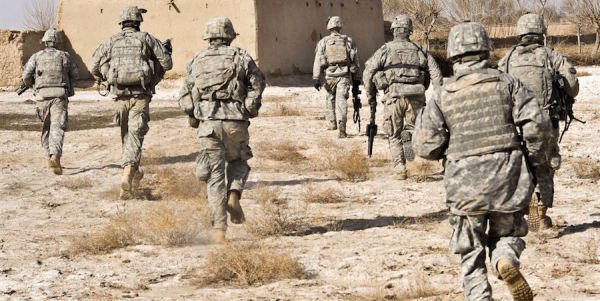 Two U.S. Army soldiers were killed Thursday in a firefight against the Islamic State in Afghanistan, a Defense Department official said.

The troops were killed in action in the same area in the Achin district of eastern Nangarhar province where a U.S. MC-130 aircraft dropped the 21,600-pound Massive Ordnance Air Blast bomb, nicknamed the Mother of All Bombs, on April 13 against a tunnel and cave complex of the ISIS offshoot called Islamic State-Khorasan Province, Pentagon officials said.

Nearly 100 IS fighters were killed in the bombing, according to Afghan officials, but fighting has continued in the mountainous area bordering Pakistan.

Defense Secretary Jim Mattis made an unannounced visit to Kabul last week to assess the deteriorating security situation across Afghanistan and the long-standing request of Army Gen. John Nicholson, commander of U.S. Forces-Afghanistan and NATO's Resolute Support mission, for a “few thousand” more U.S. troops to bolster the train, advise and assist operations.

Currently, the U.S. has about 8,500 troops in Afghanistan, backed by about 5,000 troops from NATO members.

Mattis' visit followed on the worst attack by the Taliban on Afghan army forces in nearly 16 years since U.S. troops first entered the country in late 2001. At least 140 Afghan army troops were killed when Taliban fighters infiltrated an Afghan base near northern Mazar-i-Sharif.