2016 Claims Yet Another Casualty: The Guy Who Invented Red Solo Cups

In a year of heartbreaking losses — Prince, David Bowie, Carrie Fisher — the nation’s revelers have quietly lost another... 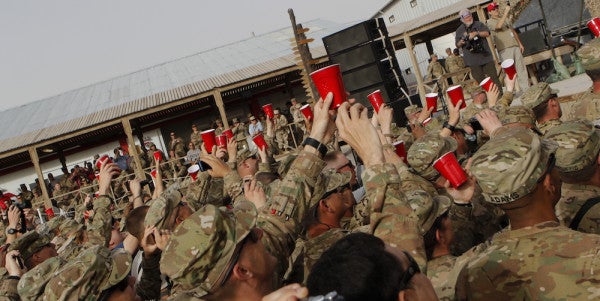 Who, you say? Anyone who has ever held a red Solo cup at a college keg party, a Minnesota Vikings tailgate or a festive social gathering has enjoyed his most endearing invention.

With New Year’s Eve holiday gatherings approaching, his loss seems especially poignant. From Duluth to the University of Minnesota to Austin, no item is more synonymous with a good time than a red plastic Solo cup sloshing with beer or an alluring drink. The generous pint-size cups remain overwhelming choice of college students, raucous baby boomers or music festival goers in Minnesota and across the country.

The cheap, disposable cups are endlessly referenced in pop culture. Even Toby Keith sang its praises (“Red Solo cup, I fill you up. Let’s have a partyyy”). The cups are so popular, in fact, that they have their own Twitter account.

“Have fun partying up in heaven, sir. I’m sure you were taken because God is tired of Dixie cups,” wrote the founders of the website, totalfratmove.com.

Hulseman, of Northfield, Ill., was actually a devout Christian and family man who was married to his wife for 60 years.

At 18, he began working at his father’s Illinois-based Solo Cup Co. and invented the Solo cup for family picnics in the 1970s. He never imagined it would anchor what blossomed into a multibillion-dollar industry.

Hulseman died Dec. 21 of health complications related to a series of strokes, his son Paul Hulseman told the Associated Press on Thursday. He worked nearly 60 years at Solo Cup Co., the food service packaging company that he took over from his father in 1980, eventually becoming its CEO.

In 2012, Solo was acquired for about $1 billion by the Dart Container Corp., which still produces the party cups and Traveler coffee cup lids (another Hulseman design).

Hulseman was remembered by the company as a creative mind, who “enjoyed mentoring his staff, had a tremendous sense of humor and valued a family-oriented work atmosphere,” a Dart spokeswoman wrote in a statement.

The red plastic cups inhabit the shelves of nearly every major grocery chain and liquor store, awaiting Super Bowl parties and college gamedays. Zipps Liquors in Minneapolis, one of the largest keg distributors in the state, stocks them as the main beverage pairing for its customers.

The family business on Franklin Avenue has sold around 575 sleeves of various sized Solo cups this year alone.

“It’s a cheap way to get the beer from the keg to your mouth,” said Roger Andrada, Zipps’ manager. “The inventor realized there’s a niche for this … and everybody wanted it.”

While Solo cups were first released in multiple colors, including blue, yellow and peach, red was always the star.

“Red is gender-neutral and associated with energetic, lively and fun times,” said Margo Burrage, of Dart.

That wasn’t necessarily true with its creator, however.