The first part of the Kings Bay munitions theft prosecution began to draw to a close Tuesday after three former Marines pleaded guilty in U.S. District Court to their roles in the conspiracy. 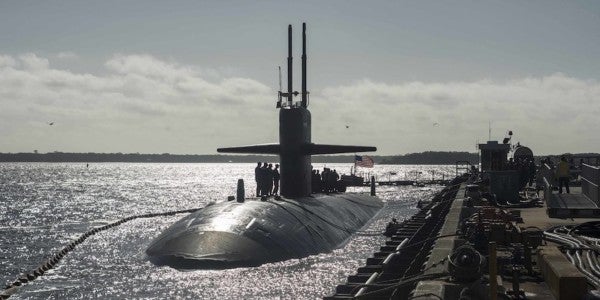 The first part of the Kings Bay munitions theft prosecution began to draw to a close Tuesday after three former Marines pleaded guilty in U.S. District Court to their roles in the conspiracy.

Robert Hodge, a special agent with the Naval Criminal Investigative Service at Camp Pendleton, Calif., testified that in January of 2018, the agency became aware that a Colorado man was in possession of stolen Navy explosives and other materials. Agents with the NCIS and federal Bureau of Alcohol, Tobacco, Firearms and Explosives encountered Kyle Preston Clasby at his Pueblo West residence.

Clasby previously served, between 2010 and 2014, as a Marine at Naval Submarine Base Kings Bay. Upon returning to Colorado following a discharge from military service, he carried with him a number of items stolen from the base armory. Hodge said investigators found four blocks of C4 explosive, eight 40 mm grenades and other munitions and equipment.

Clasby admitted to the investigators that he obtained the items at Kings Bay and transported them from there. He also provided information as to other people involved in the conspiracy.

Caleb James Anderson was the Kings Bay ammunition chief at the most active time of the conspiracy. NCIS Special Agent Thomas Kenney said Anderson altered paperwork to account for small arms ammunition and explosives taken from the armory. That included 50 pounds of C2 explosive, along with C4, gun parts, gas masks and other gear. Kenney said it was stolen for personal gain and personal use.

The items were buried at different times at the “shoot house” on base and at co-defendant Sean Patrick Reardon's property in St. Marys.

For his part, Reardon admitted to discovering about the investigation while it was ongoing, taking two crates of the stolen munitions in February 2018 and dumping them into the Satilla River, where Kenney said they were later recovered.

All three men pleaded guilty to the conspiracy charge, which carries a maximum prison term of five years and a maximum three years' supervised release.

As all three were on pretrial release and, according to federal probation officials, abided by all their conditions, so the court allowed them to remain on release until their sentencing date, which is to be determined.